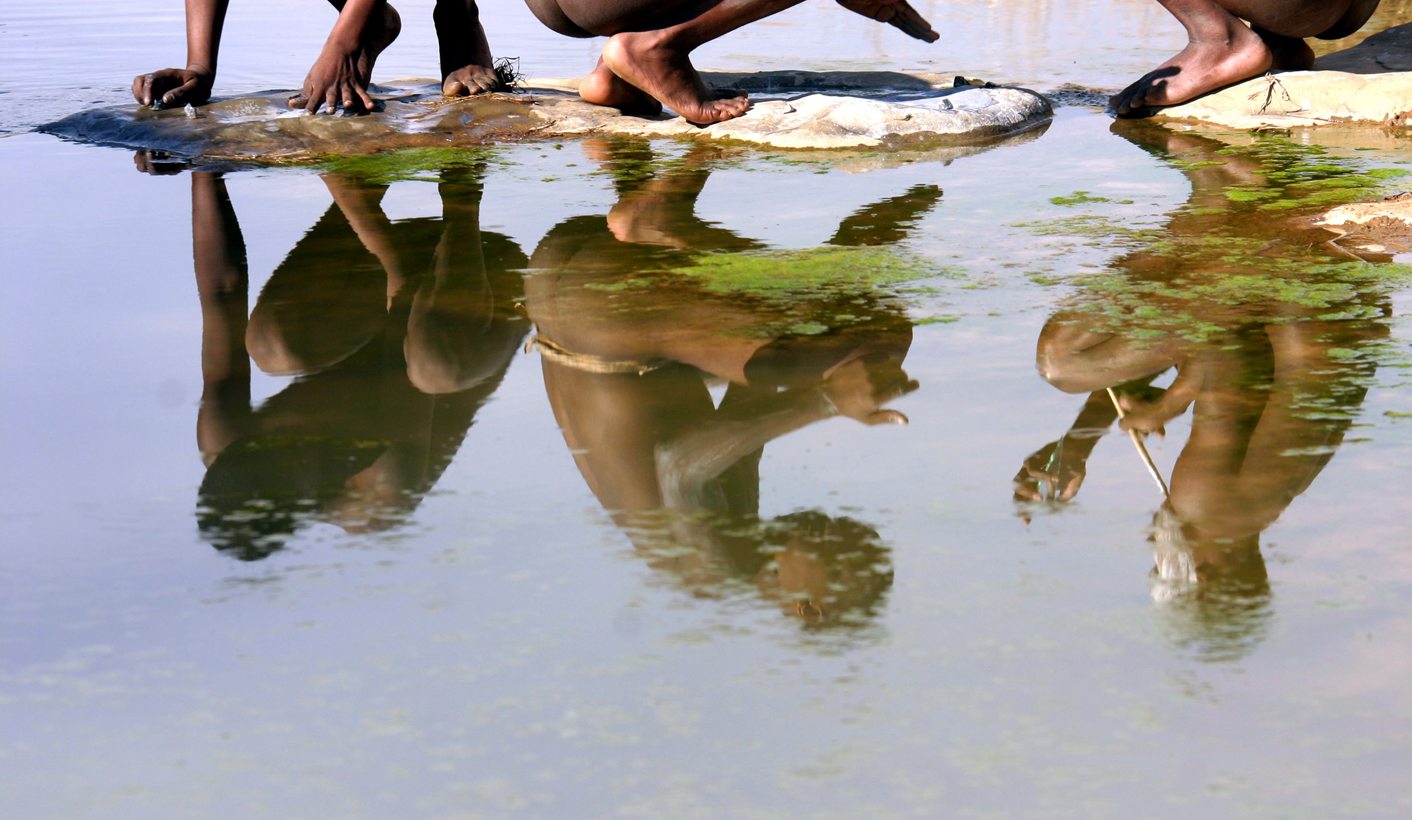 The winter initiation season saw more young men added to the long list of deceased and injured. Illegal schools continue and prosecutions are rare. But there have been improvements and with an increased focus on regulating and monitoring initiation schools, one day the positive stories might escape the shadow of tragedy. By GREG NICOLSON.

Lizo Namba, 40, was one of seven initiates in wheelchairs with mental illnesses in Peddie, Eastern Cape, the Daily Dispatch reported. “He never went to school and at some stage I thought he would die. But God kept him alive and now he is 40 and a man,” his father Thobile Namba, 71, was quoted as saying.

“I was shocked and baffled when the centre approached me to say that they had identified Lizo to undergo the rite. First I was reluctant, fearing that he may be one of the initiates who die. I did not want to lose him. But I was convinced and gave my blessing,” he said. “If I die now, I die happy ... My son became a man. He has his dignity as a Xhosa male. We are all proud.”

It was a touching story highlighting the importance of initiation schools, but in recent years the rite has been associated with injuries and fatalities. This year’s winter initiation season saw more young men added to the list of the deceased, but stakeholders are positive the situation is improving and perhaps in the years to come positive stories like that of Lizo Namba might dominate the narrative.

The government aimed for no deaths at initiation schools this winter, but 33 lives were lost. In the Eastern Cape, 28 people died; three died in Limpopo; and one person died in both North West and Mpumalanga. The figures are chilling, but there’s reason to hope. Ten fewer deaths were recorded this season than last winter.

Available statistics offer different figures for the number of deceased and injured at initiation schools in recent years. According to the Commission for the Protection and Promotion of the Rights of Cultural, Religious and Linguistic Communities (CLR Rights Commission), at least 486 initiates died between 2008 and 2014 in the Eastern Cape, Mpumalanga and Limpopo. Speaking last year, Deputy Minister of Co-operative Governance and Traditional Affairs Obed Bapela said the number of deaths have seen a “decline from 419 in 2012, to 116 in 2013, to 42 in 2014”.

National House of Traditional Leaders deputy chairman and head of the National Initiation Task Team Kgosi Mahlangu said stakeholders have been working hard since 2013 to improve safety. They want all initiates to undergo a medical pre-screening, enforced applications for schools, to deploy monitoring teams in every province, ensure traditional surgeons are qualified and allow medical doctors to play a role in the circumcisions. To be approved, an initiation school must provide information such as the experience of the surgeons and caregivers and confirmation that the surgeons have undergone training.

Nkululeko Nxesi from the Community Development Foundation for SA, working with the Congress of Traditional Leaders to monitor schools in the Eastern Cape, has noticed improvements. “Twenty-nine (deaths) is still too many. We are very sad. We are very disappointed because we thought it was going to be lower, or zero,” he said. But last year his team had to rescue around 400 initiates from schools to take them to rescue centres, whereas this year that number dropped to about 80, despite the increasing popularity of the schools. Nxesi was also positive that he saw more initiates with medical complications independently seeking help after they had left the schools.

Patrick Dakwa, an independent volunteer in the OR Tambo region of Eastern Cape who helps initiates who have had amputations after botched circumcisions face the challenges in their communities, said he saw a lot of improvement this year. In his region, there were fewer deaths and injuries.

As the winter season came to a close, the Department of Co-operative Governance and Traditional Affairs said that “government endeavours to work tirelessly in its efforts to fight the scourge of deaths, abuse and assaults of initiates leading up to the coming summer initiation season in December”. Minister Pravin Gordhan planned a meeting with National Police Commissioner Riah Phiyega to ensure the prosecutions of those responsible for the fatalities.

Prosecuting has been notoriously difficult. There are cases pending against some perpetrators which could send a message to the organisers of dodgy schools, but very few people have been successfully prosecuted for the hundreds of deaths in recent years. Mahlangu said around 85% of deaths this year occurred in illegal schools, but only Mpumalanga has legislation to prosecute the owners of such schools. The winter season saw the police crack down on some illegal schools, but the reports of young men being taken without their parents’ consent and subjected to brutal conditions continued as opportunists, some of them under age, try to profit on the cultural practice.

The Department of Traditional Affairs has drafted a policy on the customary practice of initiation. It aims to provide acceptable norms and standards, protect initiates from death and injury, ensure role players accept responsibility, ensure co-ordination and monitoring, and prevent initiation from being exploited for a profit. “There seems to be either ineffective or insufficient legislation regulating initiation practices or a disregard for existing laws … Initiation schools are in general not properly regulated and managed,” the draft policy states. If it is approved and then moves from policy to law, illegal school owners will likely be prosecuted. In the interim, Mahlangu is calling for an immediate change to the Criminal Procedures Act to promote prosecution.

“The CRL Rights Commission finds it unacceptable that every time some of the young men who have reached this vital stage in their development end up losing their lives, especially since these deaths could have been avoided,” the organisation’s Thoko Mkhwanazi Xaluva said recently. “As a commission we call on the government to fast track the necessary legislation that will effectively regulate all the initiation schools and thereby ensure a close monitoring of those who conduct these initiations.”

The draft policy could help address other challenges. Nxesi said the government, traditional leaders and nongovernmental organisations need to be on the same page to ensure co-ordinated monitoring of the schools. Too often, they have different views and don’t co-ordinate. Dakwa said there needs to be more support for the young men who have had amputations. “They’ve been thrown in the dark. No one is willing to support them,” he said. He has seen young men drop out of school, get into drugs and crime, even commit suicide due to rejection.

“We are working very hard to make sure we have zero deaths,” said Mahlangu. “That’s my dream, that’s the minister’s dream, and I’m sure each and every South African’s dream that we’ll have our boys coming back alive. Not only coming back alive, but coming back alive with their manhood still intact.”

If the reduction in the number of injuries and fatalities continue, maybe that dream can be achieved and stories like Lizo Namba’s won’t be overshadowed by the bodies left behind. DM

Photo: Initiates are reflected in the water as they wash off ikota (white lime stone) in the Eastern Cape, South Africa, July 20, 2006. REUTERS/Siphiwe Sibeko