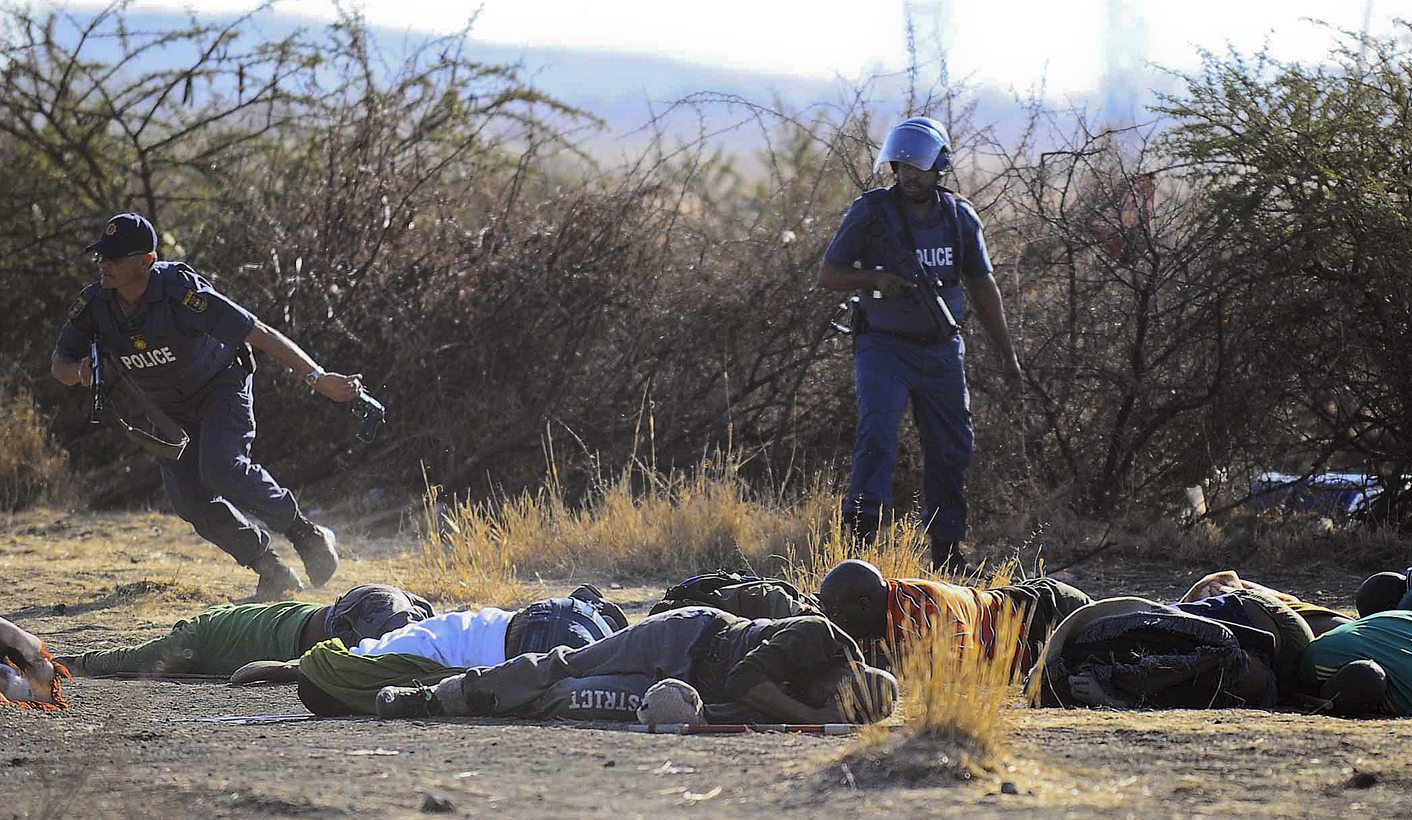 The Marikana Commission of Inquiry’s final report gives rise to a number of questions. Where is the body to be headed by senior counsel to investigate the police officers identified as having taken part in the violence? Why are we forced to ask this question when the report was handed to President Jacob Zuma more than four months ago? What is the role of Parliament in ensuring accountability and that justice is served? Where is the response of National Police Commissioner Riah Phiyega on why she should not face an inquiry into her fitness to hold office? By REHAD DESAI.

The Marikana Commission of Inquiry’s final report has been viewed negatively by most people outside government circles. Its failure to acknowledge that there was a plan to break the strike led it to pursue the path of blaming the striking miners for the escalating violence.

For the families of the slain it provided yet another slap in the face with its failure to identify how each miner was killed or to recommend compensation, claiming the latter was outside its remit.

The lawyers for the victims, including the hundreds of injured and arrested, are now issuing civil law suits against the state. The state’s defence against each of these individual claims will cost far more than the R150-million spent on the Farlam Inquiry or indeed the cost of providing meaningful compensation. It is simply nonsensical and indeed shows the contempt in which the commissioners hold the miners.

Despite the evidence contained in the report, not one single senior police officer or police shooter has been suspended. The fact that we have operational commanders responsible for the massacre still in charge of our police is highly disturbing. This begs a number of questions:

Where is the body to be headed by senior counsel to investigate the identified police officers as recommended by the final report? Why are we forced to ask this question when the report was handed to President Jacob Zuma more than four months ago? What is the role of Parliament in ensuring accountability and that justice is served? Where is the response of National Police Commissioner Riah Phiyega on why she should not face an inquiry into her fitness to hold office?

The size of this investigation into the police will make it a difficult task, the complexity of which will only be compounded by the fact that these officers are still on duty. There is no time to waste.

The government or any of the nominally independent institutions tasked with taking the report forward need to be given notice. Any more unacceptable delays in attempting to obstruct the wheels of justice will add fuel to the fire and thereby further undermine our citizens’ faith in democracy.

Our democracy was corrupted the moment Lonmin, the police and the executive began to conspire to break the strike. Such “toxic collusion” can never be allowed to occur under a democracy. We know in the main who the authors of the Marikana massacre were, as do the police generals now pressing Phiyega to come clean.

Those of us in South Africa who understand the mortal threat that a culture of impunity poses to our democracy need to consider what can we do to support the victims, and what we can do to ensure the killers of the Marikana strikers are held to account. We can begin by getting involved in the numerous Marikana commemoration events being held around the country on August 16. Part of the ongoing battle is keeping the memory of what happened at Marikana alive, and in doing so, the reason it happened. DM

Rehad Desai is the author of Miners Shot Down, a film about the Marikana massacre.