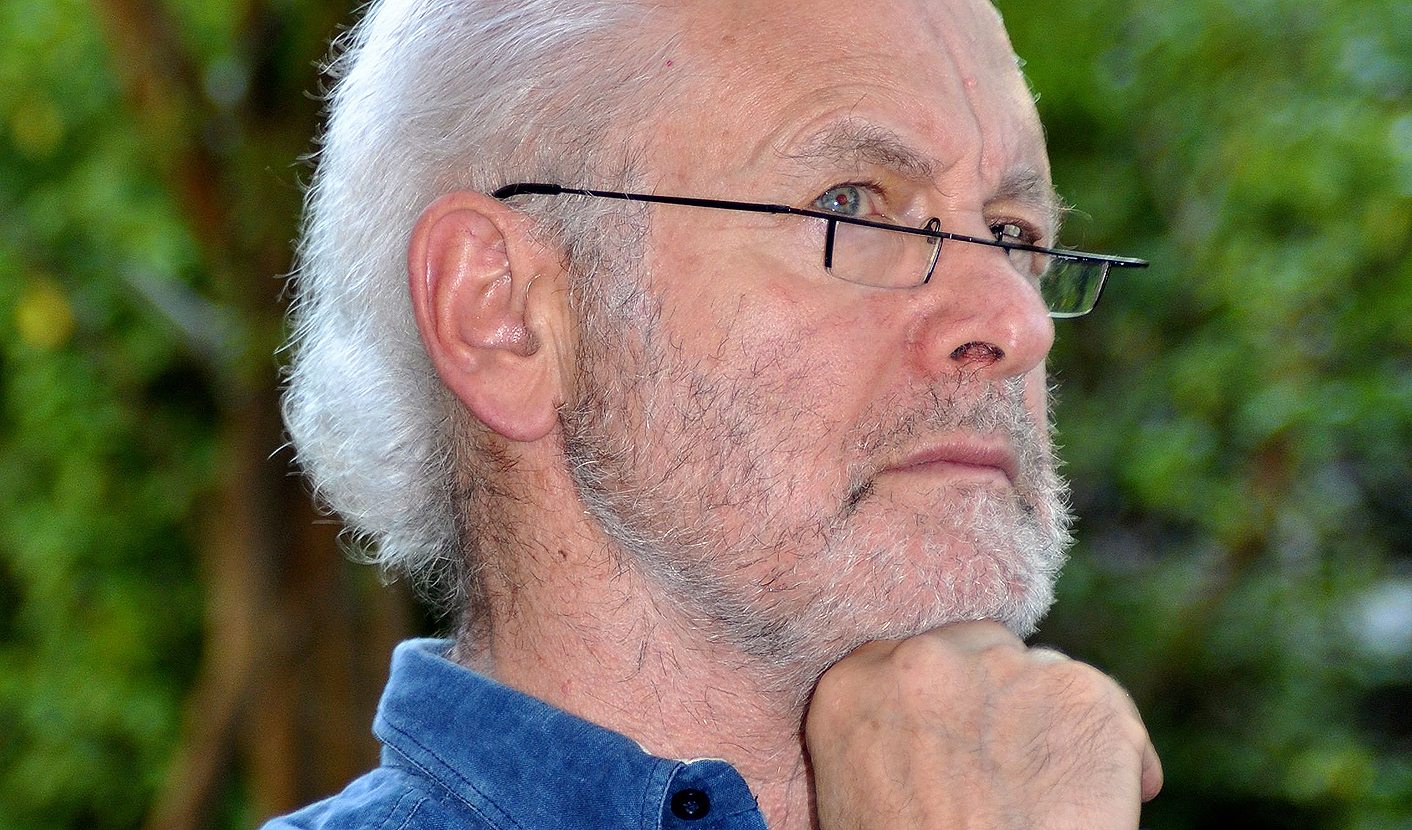 Should the words “treachery” and “betrayal” be reserved for use in a time of war? Are these words not applicable as valid descriptions of those who steal from their own people, their own constituency, the very people in whose name they have risen to power, from whose loins they have come and whose cause they claim to have made their own? Is it not a special type of treachery that orders or condones the shooting of these people or the looting of funds that could be used to meet their needs? By RAYMOND SUTTNER.

The scale and extent of the scandals that are being uncovered – or at least partially revealed – in SA today leave many with a sense of shock, even if they are not record-breaking on an international scale.

Regrettably, despite the shock, such revelations have become so common, and stretch into so many corners of public life, that one can scarcely keep pace with what is happening at every level of government and other public entities.

One cannot read all that is covered and also follow with the same level of interest every incident or set of events reported. Some of them require concentration and a significant expenditure of time, which few of us can spare every day, as new scandals are uncovered. Proper acquaintance with the issues often means following up and sometimes reading the lengthy reports on which media coverage is based, as with the Marikana massacre and Nkandla.

But we now experience this as being part of our daily lives. In that sense we are both outraged and simultaneously partly immunised, suffering from a degree of desensitisation.

Yet we need to ensure that this does not fasten its grip on us, for this is our country and our democracy that is being destroyed by the same people who claim to be the prime bearers of the liberation legacy, the heirs to the leadership of Nelson Mandela, Walter Sisulu, Oliver Tambo and many others, some of whom remain nameless and relatively unknown. These heroic figures devoted their lives to ensure that others should not continue to live in grinding poverty and would enjoy freedom from violence.

We need to hold onto our sense of shock, especially when it comes to those of us who derive from the African National Congress-led liberation movement, which claims to act and speak on behalf of the poor. The harmful fallout from the scandals perpetrated under the Zuma-led ANC and its allies is felt primarily by this very constituency. Those who were killed in Marikana were from one of the most vulnerable sections of our society, mown down in a manner that is indistinguishable from that of the apartheid war machine.

That what millions witnessed was not an aberration was made clear by subsequent actions. The ANC, its allies and the government refused to name the massacre as a massacre and eventually the word “tragedy” was flighted. The prime focus was on evading responsibility through painting police actions in ways that have subsequently been shown to be untrue, including tampering with evidence in order to mislead the Farlam commission.

The reaction of the government and the ANC alliance also purported to ”achieve balance” so that the deaths of those killed at Marikana should be measured against those in the days before the massacre. No one who believes in legality can disagree that all killings must be investigated and prosecuted, but that adds nothing to our understanding of the massacre.

What shocked many was the callousness with which the ANC responded, a movement that had prided itself in always grieving with those who had suffered losses. There was little if any attempt to contact and commiserate with the relatives of the dead, something unimaginable a decade or two back.

Equally, an attempt was made to divert the focus towards the Association of Mineworkers and Construction Union (Amcu), described to this day as a “vigilante union” by the South African Communist Party (SACP). A vigilante group is a self-appointed group that undertakes law enforcement in a community without legal authority. How does this apply to the actions of Amcu? What is the label meant to achieve? So far all it has done is expose the ANC-led alliance’s attempts to distract attention from the crimes committed on the day. Furthermore, the actions before and after Marikana demonstrate that for the ANC-led alliance, the “real crime” was the displacement and exposure of National Union of Mineworkers (NUM) as having little worker support.

In public meetings during this year many people told me they were not shocked at how post-apartheid SA has unfolded because, after all, this could have been predicted – this is how things have turned out in the aftermath of many struggles.

Certainly it may be that some of us were naïve in our expectations, in attributing qualities to cadres it transpired they did not possess. More importantly, I don’t think we were adequately prepared for the way the transition unfolded. Until the late 1980s the ANC and SACP and other allied groupings and organisations were preparing for insurrection and “seizure of power”. In the middle of that decade the possibility of talks arose and the transition was instead effected through negotiations that established a democratic, constitutional state.

I was in leadership in much of this period and few of us properly understood how a government bureaucracy would be managed, or the dangers and opportunities that would arise from running a state. In consequence we did not engage adequately on ways of mitigating some of the problems that have arisen.

We did not fully understand that the type of bureaucracy created would fundamentally affect the quality of the democracy we enjoyed. This failure to grapple with the institutions that would best equip the democratic government for structural transformation in line with our envisioned freedom also created a gap in which many of the abuses of state institutions, positions, power and patronage take place today. Some of these amount to a repudiation of the very freedom that we sought.

Explaining these developments through political and sociological data and analysis is insufficient. Jacob Dlamini writes in his award-winning book Askari of those who “defected” to the apartheid security forces and directed their powers and skills against their own comrades, the organisation from which they had come and especially its soldiers. There is a special type of contempt reserved for the treachery and betrayal committed by Askaris, even though it is said that some of them were ambivalent about their work.

But if we take the words “treachery” and “betrayal”, should they be reserved for use in a time of war? Are these words not applicable as valid descriptions of those who steal from their own people, their own constituency, the very people in whose name they have risen to power, from whose loins they have come and whose cause they claim to have made their own?

Is it not a special type of treachery that orders or condones the shooting of these people or the looting of funds that could be used to meet their needs?

SA probably has the capacity to provide housing or adequate shelter, healthcare, food, education, substantial employment and other resources for all of its inhabitants. It is not an act of nature that makes this impossible. A balance has to be struck between need and greed. Certainly it is not the government alone that denies people their basic needs, for the capitalist mode of production commodifies some of these.

But we must ask: if there were less diversion of funds from the poor into projects that enrich leading figures, at all levels, by legal and illegal means – if there were not so much stealing – could a substantial part of the needs of the poor not be met?

As indicated, I am reluctant to succumb to any form of desensitisation in relation to the various scandals. I am also unwilling to accept that all of this is an inevitable development and that it cannot be corrected. We need to find ways of uniting all those who are concerned with claiming our democratic and constitutional rights in order to reverse these trends and recover some of what we legitimately hoped would derive from the onset of democratic rule. DM

Raymond Suttner is a professor attached to Rhodes University and the University of South Africa. He is a former ANC underground operative and served over 11 years as a political prisoner and under house arrest. He writes contributions and is interviewed regularly on Creamer Media’s website polity.org.za. His twitter handle is: @raymondsuttner and he blogs at raymondsuttner.com.

He has recently published Recovering Democracy in South Africa (Jacana Media, 2015), whose next launch will be at Nelson Mandela Metropolitan University, South Campus Council Chambers, on Wednesday 5 August at 6 pm, as part of The Herald/NMMU Community Dialogue series. Nwabisa Makunga, Political Correspondent of The Herald will be discussant.