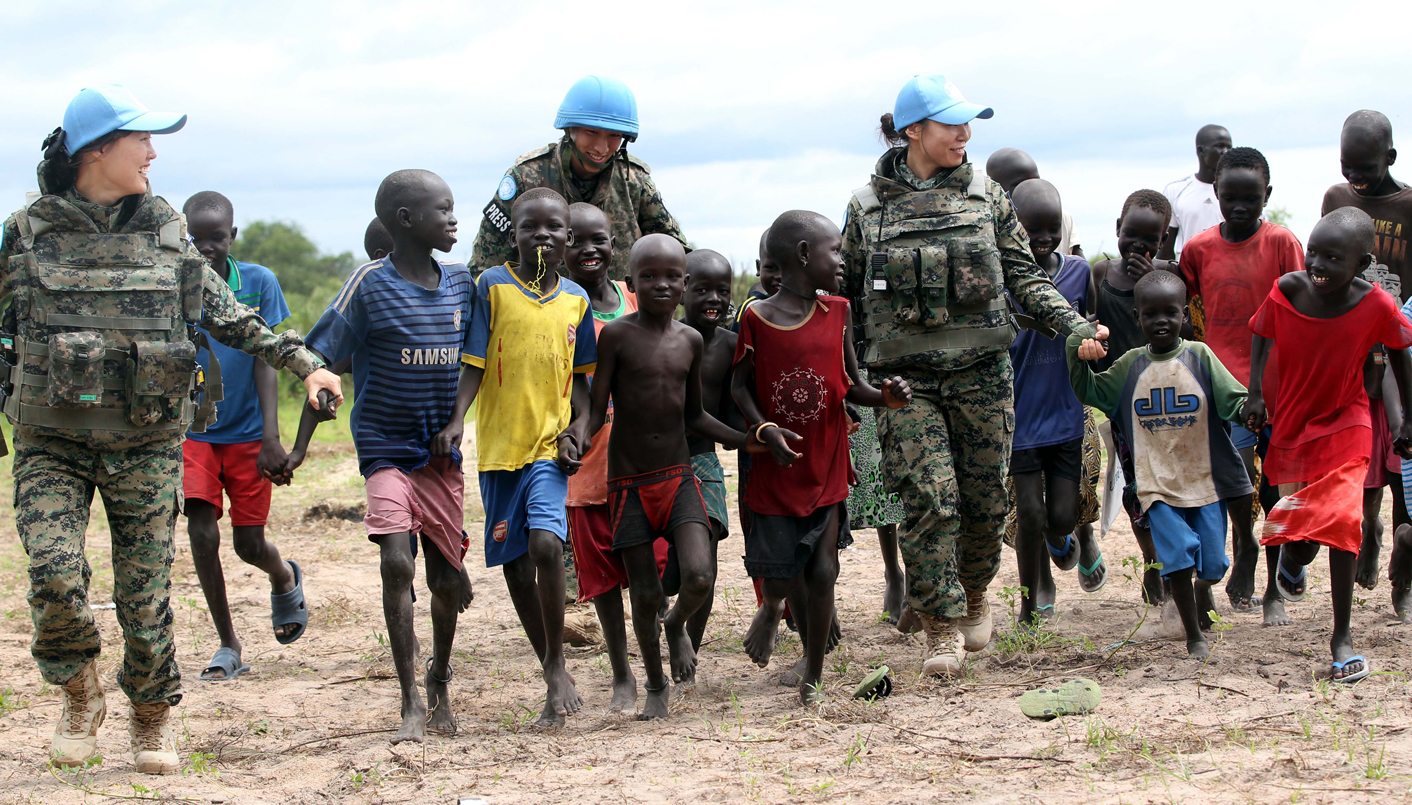 After struggling to secure a deal to end South Sudan’s civil war in the face of deep regional divisions and truculence on the part of the parties, the Intergovernmental Authority on Development has announced a revised, expanded mediation – IGAD-Plus. By INTERNATIONAL CRISIS GROUP.

For more than 18 months, the Intergovernmental Authority on Development (IGAD), the regional body mediating peace negotiations to end South Sudan’s civil war, has struggled to secure a deal in the face of deep regional divisions and the parties’ truculence. To overcome these challenges, it announced a revised, expanded mediation – “IGAD-Plus” – including the African Union (AU), United Nations (UN), China, the US, UK, European Union (EU), Norway and the IGAD Partners Forum (IPF). The initiative is designed to present a united international front behind IGAD to the warring sides but so far it has failed to gain the necessary backing from the wider international community, much of which is disillusioned with both IGAD and the South Sudanese. Rather than distance itself from IGAD, the international community needs to support a realistic, regionally-centred strategy to end the war, underpinned by co-ordinated threats and inducements. Supporting IGAD-Plus efforts to get the parties’ agreement on a final peace deal in the coming weeks is the best – if imperfect – chance to end the conflict and prevent further regionalisation.

South Sudan’s war has brought underlying regional tensions to the fore. It is part of yet another chapter of the historic enmity between Uganda and Sudan, while rivalry between Uganda and Ethiopia over their respective influence on regional security has coloured the mediation process. Ethiopia, Kenya and Sudan have dedicated envoys mediating the process while Uganda is only involved at the IGAD heads of state level. Kampala’s military deployment in support of Juba creates facts on the ground and precluded it sending an envoy to the talks, while Addis Ababa seeks to control the mediation and eventual balance of power in the region. One of IGAD’s achievements has been to manage these tensions, thus contain the conflict, but rivalries prevented the heads of state from agreeing on the final aspects of power-sharing and security arrangements, enabling the warring parties to continue without agreeing.

Three major factors limited IGAD’s mediation and remain a challenge: 1) regional rivalries and power struggles; 2) centralisation of decision-making at the heads of state level and related lack of institutionalisation within IGAD; and 3) challenges in expanding the peace process beyond South Sudan’s political elites. Following the oft-violated January 2014 Cessation of Hostilities agreement, the heads of state mediation strategy focused on deploying a regional force to create conditions for peace negotiations. When the wider international community stymied the prospective regional force and the situation stabilised by June 2014, leaders could not overcome their divisions to agree on an effective alternate strategy. This undermined the IGAD special envoys, and the warring parties opted instead to engage directly with individual heads of state in a series of initiatives in Kampala, Khartoum and Nairobi. IGAD itself had little leverage. For example, despite public threats, the warring parties understood some member states were reluctant to support sanctions, repeatedly called IGAD’s bluff and refused to compromise.

IGAD is important as a forum to regulate the regional balance of power, but it needs high-level support if the region is to reach a unified position on peace. IGAD-Plus should become a unifying vehicle to engage the ever-shifting internal dynamics in South Sudan more effectively and address the divisions among IGAD members that enable the parties to prolong the war. In particular, the AU high representative might lead shuttle diplomacy within the region to gain consensus on the way forward. A dedicated UN envoy for South Sudan and Sudan should represent the UN in IGAD-Plus and co-ordinate the various UN components’ support to the process.

IGAD-Plus is the proposed bridge between an “African solution” approach and concerted high-level, wider international engagement. If it is to overcome the challenges that bedevilled IGAD, its efforts must be based upon regional agreement and directly engage the South Sudanese leaders with greatest influence through both pressure and inducements. To end this war, a process is needed that seeks common ground, firmly pushes the parties to reasonable compromises, builds on rather than is undermined by the Tanzanian and South African-led reunification process within the Sudan People’s Liberation Movement (SPLM, the dominant political force in South Sudan), and whose outcome is guaranteed by IGAD, the AU, the US and China. The coming weeks will require concerted international action, co-ordinated with IGAD, to take the final, necessary steps to secure an agreement. Failure to do so will lead to further violence and fracturing in South Sudan and leave the region without an effective mechanism to mediate its own internal divisions, with devastating consequences for the people of South Sudan and the region.

1.  Recognise that while the IGAD mediation resolved many of the most contentious political and security issues, further mediation alone is unlikely to resolve the remaining issues, and co-ordinated pressure and inducements are necessary to reach an agreement.

2.  Keep the region central to the mediation process, because while divisions among IGAD members create an enabling environment for the conflict, sidelining neighbouring states could too.

3.  Agree on a combination of pressure and inducements to bring the warring parties to an agreement, which could include the use of force, UN sanctions and criminal accountability, as well as development and security assistance, an economic bail-out and political guarantees.

4.  Institute a 90-day ceasefire, if the IGAD-Plus timetable cannot be adhered to, in order to prevent the parties from continuing to fight for additional leverage; and create a time-bound period to finalise an agreement.

5.  As a permitted exception to the UN sanctions regime, IGAD should directly engage with the military leaders of the warring parties.

7.  Provide third-party security to protect the transitional government in such a way as to address the security interests of both Uganda and the Sudan while refraining from encroaching upon South Sudan’s security interests and sovereignty.

8.  The AU high representative should directly engage the regional heads of state to reduce regional tensions and support regional agreement on the way forward.

9.  A dedicated UN envoy for Sudan and South Sudan should represent the UN in IGAD-Plus and undertake to co-ordinate the efforts of UN components and bring them to bear in support of the process.

10.  The UN, under the auspices of the Sudan/South Sudan envoy, should consider presenting IGAD with the tools the UN could offer in support of IGAD-Plus, including sanctions and an arms embargo (on which the Security Council would need to reach consensus), mandating third-party security for a transitional government, and future development assistance and the timeframes and parameters necessary to mobilise such support.

11.  The meeting on South Sudan to be held by the UN secretary-general in the margins of the General Assembly in September should be used to take stock of where the process stands and to ensure international support remains well-coordinated. DM

This story was first published by the International Crisis Group.