In photos: The EFF turns two 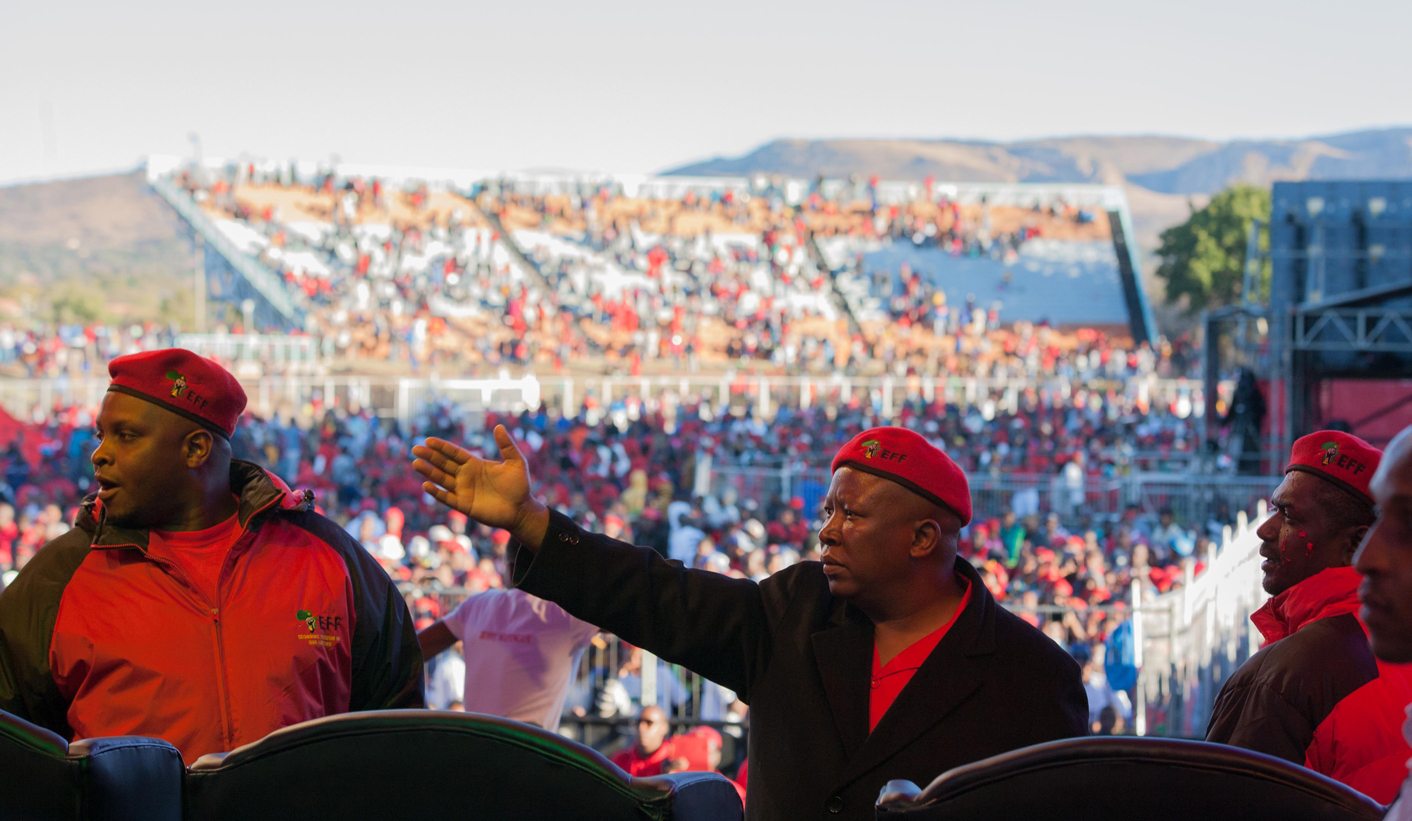 The Economic Freedom Fighters(EFF) celebrated their second birthday on Saturday in Rustenburg. GREG NICOLSON was there to capture the crowd, the cake, and the festivities as Julius Malema and his team look to the 2016 local elections.

Photo: The EFF is popular in Rustenburg and many of those who arrived to celebrate the party’s second birthday were there to have fun. They came with cooler boxes to drink in the sun while listening to their leaders. (Greg Nicolson)

Photo: The Olympia Stadium was packed with EFF supporters. Some crowded towards the stage, while others sat on the grass. (Greg Nicolson)

Photo: An EFF supporter waves a party flag behind the barricades as Malema addressed the crowd. (Greg Nicolson)

Photo: An EFF supporter stands outside the stadium in Rustenburg during the celebrations. (Greg Nicolson)

Photo: Initially, EFF supporters were told to sit in the stands, but when the party announced they could come onto the pitch, they flocked to get a closer look at their leaders, like this party member holding a knobkerrie. (Greg Nicolson)

Photo: Much of the large crowd was their to relax and celebrate while listening to speeches from EFF leaders, but before the event, and the drinking, got started, groups marched through the stadium singing pro-EFF songs. (Greg Nicolson)

Photo: The birthday celebrations included many musical and dance performances. A young group of dancers wait their turn to go on stage. (Greg Nicolson)

Photo: Away from the crowd, two men stand and chat while Malema addresses the rally. (Greg Nicolson)

Photo: “Make sure you can see my shirt,” said a young man in a “Remember the slain of Marikana” T-shirt. The EFF launched its party in nearby Marikana and the memory of the massacre was in evidence, with some Lonmin workers also present. (Greg Nicolson)

Photo: Away from the revellers at the EFF event, those listening to the speeches, the socialising youth, and the drinkers, a young boy plays with a hose. (Greg Nicolson)

Photo: In the crowd on the Olympia Stadium pitch, two men hold golf clubs, waving them in the air when Malema got into his stride during his speech. (Greg Nicolson)

Photo: The party brought a cake and champagne onto the stage after the speeches to toast their second birthday. Left of EFF secretary-general Godrich Gardee with the microphone is deputy secretary-general Hlengiwe Hlophe. To his right is party president Malema, deputy president Floyd Shivambu, treasurer Magdalene Moonsamy, and chairman Dali Mpofu. (Greg Nicolson)