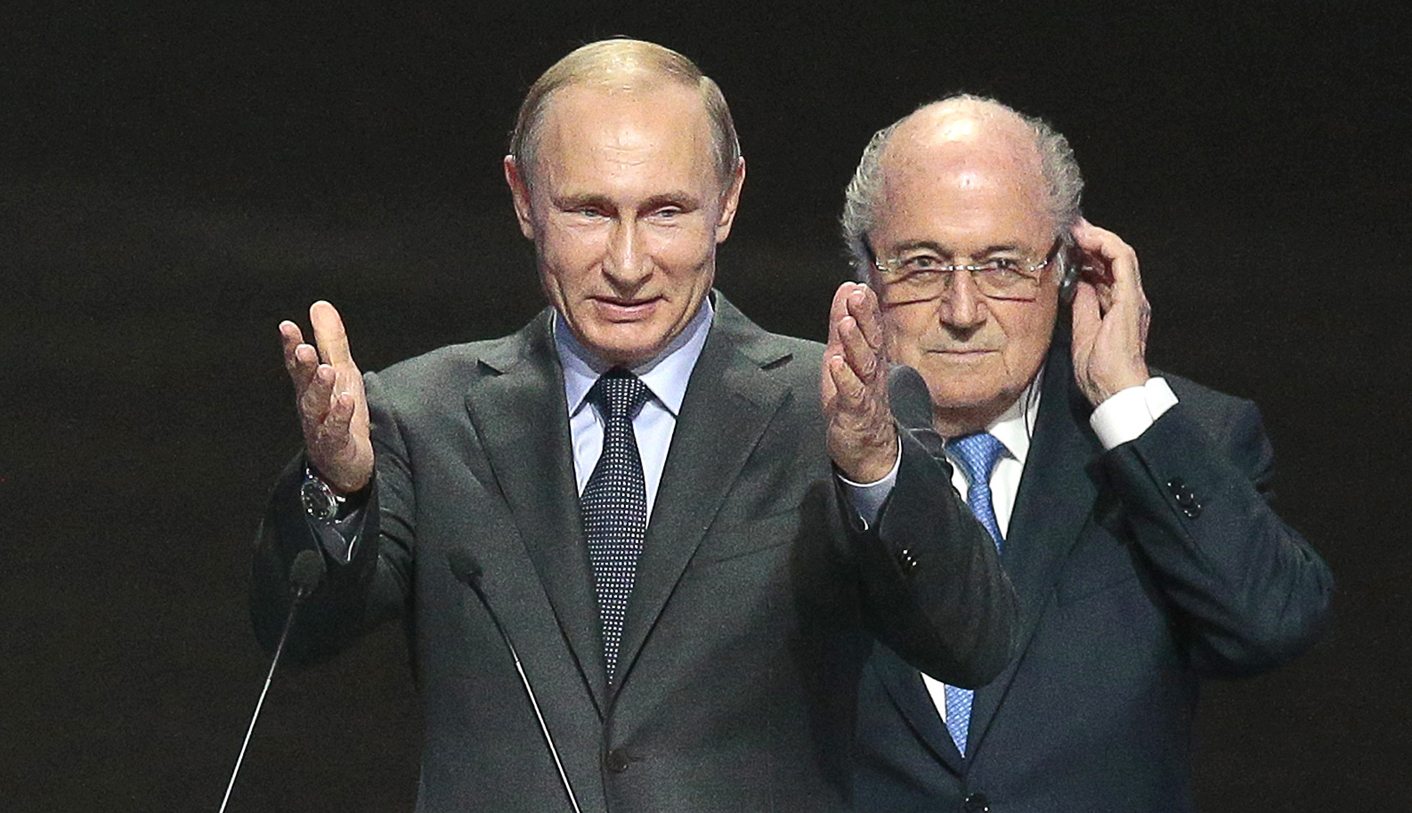 Sponsors remain cautious over associating with Fifa following the corruption scandal which hit world soccer’s governing body in May. Not a single new sponsor has been signed on for the 2018 World Cup to be held in Russia. By ANTOINETTE MULLER.

One of the biggest knock-on effects of the ongoing corruption scandal at Fifa could stall development of the game because sponsors aren’t so keen to invest. Soccer’s world governing body is after $6-billion in revenue from the 2018 World Cup to be held in Russia. That revenue will trickle down across the globe to ensure that the sport continues to grow, but Fifa has not singed a single new sponsor since the final in Brazil last year.

“Definitely the current situation does not help to finalize any new agreement. That is a fact,” Fifa secretary general Jerome Valcke said.

Fifa held the qualifying draw in Russia this weekend, a prime opportunity to unveil new partners to the media, but Valcke said things are likely to remain stagnant until Fifa’s future becomes clear. He also revealed that he will be exiting stage left along with Sepp Blatter when the embattled president calls it quits in February next year.

“I’m sure until the (presidential) election, until 26 February, there will not be major announcements,” Valcke said, adding that “at least two major companies” have been in negotiations.

A number of sponsors have already spoken out about Fifa’s response (or rather lack thereof) to the fallout. Visa chief executive Charlie Scharf said that no “meaningful” change could be enacted until Blatter left on 26 February, when a new president will be elected by the 209 member nations. Scharf said that Fifa’s “subsequent responses (to the FBI and Swiss investigators) are wholly inadequate and continue to show its lack of awareness of the seriousness of the changes which are needed”.

“To this end, we believe two things need to happen to ensure credible reform. First, an independent, third-party commission led by one or more impartial leaders is critical to formulate reforms. Second, we believe no meaningful reform can be made under Fifa’s existing leadership.”

Apart from the World Cup, Fifa earns around $250-million every year in sponsorship money and any one of their big-partners pulling out could spell disaster for the organisation. Sponsorship makes up close to 40% of the organisation’s income.

Castrol, Continental Tyres, Johnson & Johnson, Sony and Emirates have already walked away from Fifa, none of the current partners have made big moves yet and probably won’t do so until next year. Michael Hershman, a former member of Fifa’s independent governance committee and co-founder of Transparency International, has previously criticised the brands who continue to pour money into the organisation.

“They have simply paid lip service,” Hershman, told the Guardian. “Saying in press releases: ‘Oh yes, the sport needs a greater degree of integrity and transparency.’ But they haven’t put their money where their mouth is.”

But now that brands are pulling out and others aren’t falling over each other’s feet to snap up deals, things might finally be changing. Fifa is toxic, but the lack of big-brand backing also presents an interesting opportunity for whoever wants to challenge Blatter for his position in February next year.

Part of the Swiss’s success is the way he has commercialised soccer. He has earned loyalty through ensuring his supporters always have money in the kitty and has seen the game grown enormously thanks to his funding.

Whoever wants to challenge for the presidency will have to show that they have the contacts to keep the money rolling in while, at the same time, giving the organisation an integrity boost as it begins the challenge of recovering from one of the biggest scandals to ever hit modern sport.

But the scandal is far from over. The awarding of the 2018 World Cup to Russia and the 2022 World Cup to Qatar remain under investigation while Russia’s record for equal rights and Qatar’s treatment of migrant workers remain in the spotlight. The World Cup remains one of the biggest coups for brands, though, and they have rarely been bothered about the effect Fifa’s kleptocracy has on the citizens of that country. However, now that the extent of the stench has been exposed, they might find it a bit more difficult to reconcile. DM

Photo: Russian President Vladimir Putin (L) and FIFA President Joseph Blatter (R) attend the Preliminary Draw of the FIFA World Cup 2018 at Konstantinovsky palace outside St.Petersburg, Russia, 25 July 2015. St.Petersburg is one of the host cities of the FIFA World Cup 2018 in Russia which will take place from 14 June until 15 July 2018. EPA/MAXIM SHIPENKOV