Bangladesh Test, Day One: Temba Bavuma leads the way as... 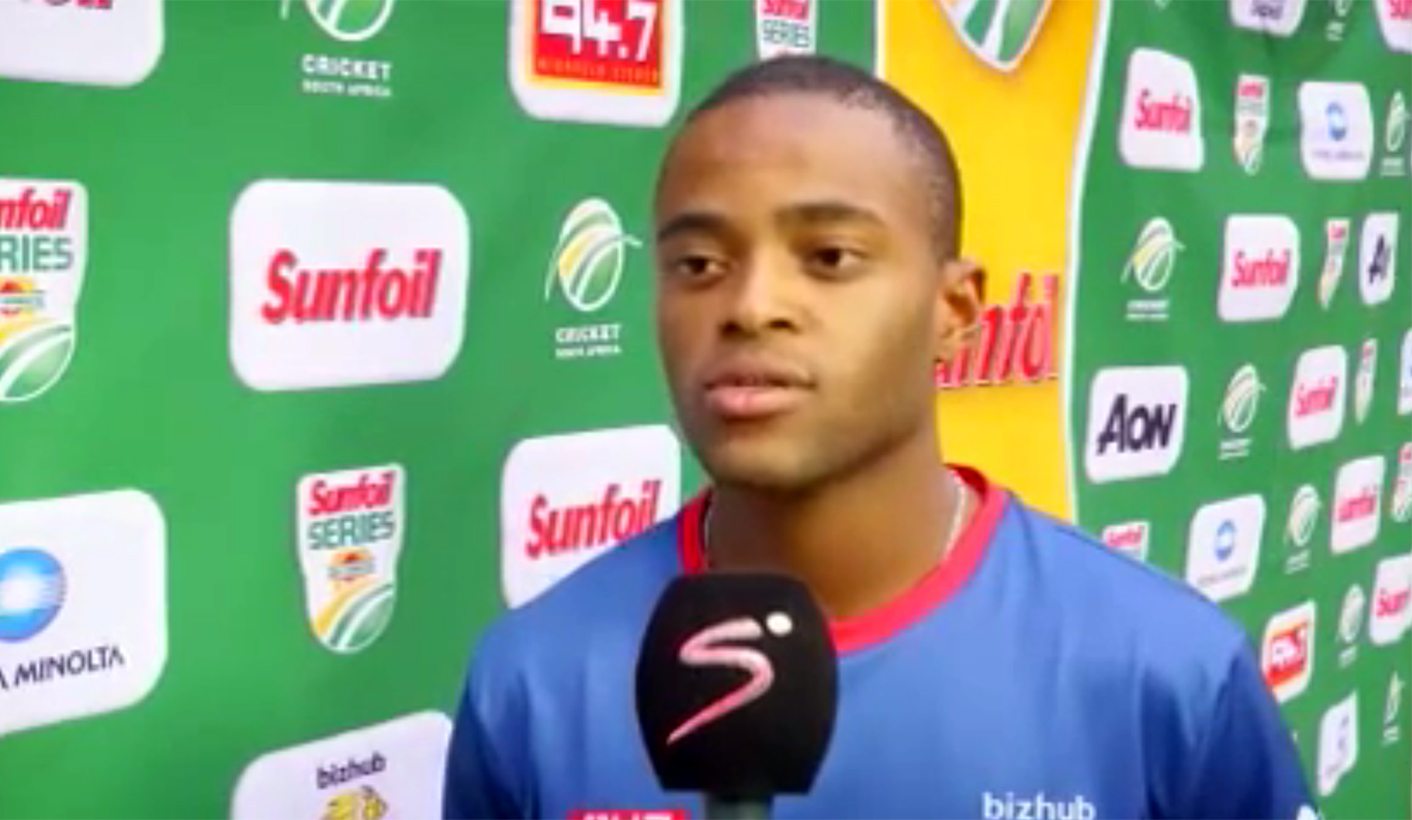 South Africa started the first Test against Bangladesh with one big wobble. On a pitch that was expected to be dead and flat, the visitors’ impatience was shown up and Bangladesh had a feast. By ANTOINETTE MULLER.

By the time you are reading this, Bangladesh’s batsmen are likely to be some way into their batting innings already and if the hosts make decisions anywhere near as bad as South Africa, we could very well be in for a three-day Test.

Day one brought a surprisingly sunny day and, on a surface that had enough in it for batsmen, South Africa’s senior batsmen once again disappointed as rookie Temba Bavuma top scored with 54 and the visitors were bowled out for 248 by Bangladesh. South Africa lacked concentration and control as Bangladesh got under their opponents’ skin on a day that should have been dominated by the batsmen.

While some of the failures can be put down to a little bit of rust – South Africa has not played a Test for seven months – as with the one day series, much of South Africa’s failure on Tuesday came down to poor decisions. Bangladesh’s bowlers capitalised and as they piled on the pressure, so the foundations of South Africa crumbled.

As largely expected, Stiaan van Zyl assumed the opening role alongside Dean Elgar. The Cobras batsman started well, before he was dismissed by a delivery so innocuous even the dismally out-of-form Quinton de Kock would have avoided getting out. Van Zyl, whose evolution from number three to opener began when he was promoted up the order by his franchise following the announcement of Alviro Petersen’s retirement, was visibly irked by himself when he was sent packing for 34 off 49.

Elgar and Faf du Plessis offered some resistance, putting on 78 for the second wicket (47 and 48 respectively), before being dismissed in quick succession. Hashim Amla did not make much of an impact, with an unremarkable 13 off 28 all he had to show for his 47 minutes at the crease. He fell victim to the man on debut: Mustafizur Rahman, who enjoyed a fruitful return in his first outing in whites, finishing with four for 37 and finding himself on a hat-trick after trapping JP Duminy leg-before as soon as Amla had departed. He did not get that hat trick, but sent De Kock’s stumps cartwheeling the very next delivery and the young prodigy’s woes continued. De Kock, however, only has himself to blame. The shot he played was that of a player clearly struggling for confidence and needs an exorcism of sorts to rid himself of whatever it is that ails him so.

Vernon “all-rounder” Philander, tamely poked at a ball that started to turn just a bit and Simon Harmer will count himself unlucky after hitting half-tracker straight into Jubair Hossain’s stomach who somehow managed to latch on. Dale Steyn holed out with sheer frustration and Morne Morkel was the last man standing as South Africa stumbled their way to an unconvincing first innings total.

It is their lowest first innings total since being skittled for 225 against Australia in Perth back in 2012 and only the third time in the last five years that they have been dismissed for less than 250 in the first innings (against Australia, which they won and against New Zealand in Dunedin in March 2012, where the match was drawn). For South Africa, this is very much a “transitional period”, one which began when Jacques Kallis called it quits back in 2013 and one which they have managed fairly well even with Graeme Smith following Kallis through the exit door. Batting hasn’t and shouldn’t be a problem for South Africa, they have plenty of talent going around to plug the gaps, it is the application of that talent which was lacking on Tuesday.

What has been key on this track is patience. The most successful batsmen all batted for over 100 minutes. The grind of Test cricket, the watching, waiting, prodding, poking and not underestimating anything is something South Africa has not had to do for a long time. Still, these are experienced players and they were shown up by a rookie who has just two Tests and top score of 15 to his name. In that, Bavuma can take great solace. It might be that Bangladesh did not have access to much footage of Bavuma to enable them to do their homework and had no time to work out how to get him out, or it might simply be that Bavuma knows that he has nothing to lose. But if he builds on this throughout this tour and others keep failing, it will be very difficult to ignore him for some of South Africa’s upcoming adventures.

For now, it is over the bowlers. Steyn is four wickets away from 400 wickets, Harmer would have been sizing up the dust puffs as he was wearing batting gear and doing what is commonly known as “guessing” and even Duminy will fancy his chances as the pitch deteriorates. Over the last few years, South Africa has been very good at absorbing and transferring the pressure onto their opponents. They find themselves in a situation that requires exactly that. DM

Scorecard summary: Bangladesh trail by 241 runs with 10 wickets remaining in the 1st innings