Analysis: Long live foreign aid – whether we like it or not 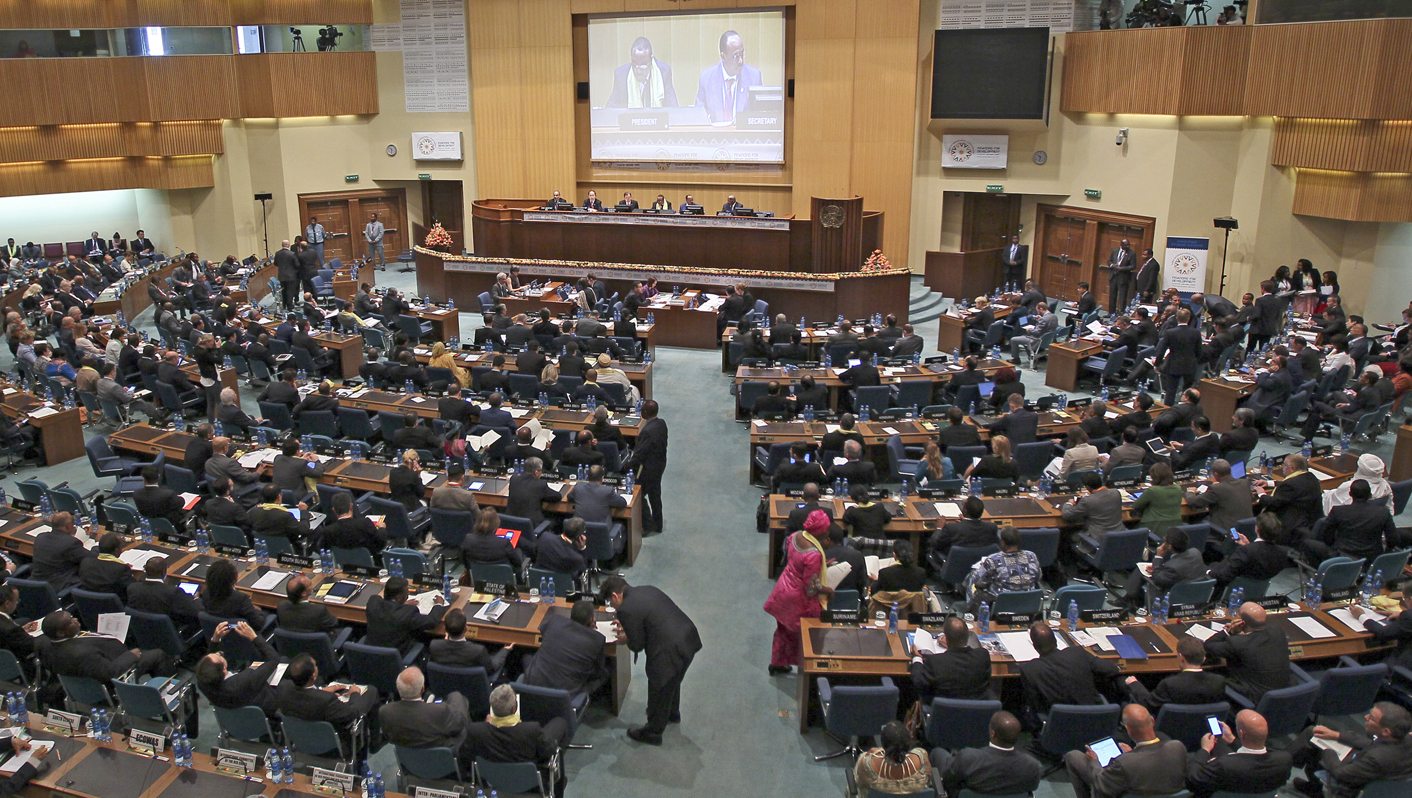 There is no perfect way to finance international development, but one – mobilising domestic resources – makes a lot more sense than the current system, which is hugely reliant on foreign aid. Not that reason and logic played a huge role at last week’s flagship Financing for Development conference in Addis Ababa, where brazen power politics made sure that the rich got what they wanted at everyone else’s expense. By way of the Opium Wars and game theory, SIMON ALLISON explains what went wrong.

ADDIS ABABA – If we can agree on one thing, and almost everyone can, it is that foreign aid is the least effective method of financing for development.

Developing countries don’t like it because it always comes with massive strings attached, and because it’s unreliable: who can plan for the future when your budget is dependent on capricious electorates and fluctuating foreign exchange rates? Civil society doesn’t like it because it makes governments more accountable to donors than their own people, and encourages fat-cat elites who specialise in skimming off the cream, and most of the milk too, while failing to deliver on their promises. Developed countries – the ones handing over the cash – like the idea of helping those less fortunate than themselves, but often struggle with the reality: how to justify to austerity-Europe voters that 0.7% of GDP should be donated to the poor countries, only for them to repay the debt in boat people?

And it doesn’t work. In Africa, only two countries have a sterling record of turning aid money into real development, and those are Ethiopia and Rwanda. Both success stories have come at the price of political space and civil rights.

So why did the Third International Conference on Financing for Development fail to come up with any better ideas?

It’s not like there wasn’t an alternative. For months beforehand, and ad nauseum during the conference itself (‘Is Joseph Stiglitz speaking at another side event?’), civil society had been campaigning vociferously for domestic resource mobilisation. Don’t be put off by the jargon, it’s simple enough to understand: if developing countries really want to change their status, they’re going to have to pay for it themselves. Sad but true.

Developing countries, best represented by the G77 group of nations, got on board with this idea. They took it even further, demanding as a first step in this process that global tax rules be reformed so that big companies start paying tax where the money is being made. How is it, leaders asked, that a mining company makes all its profits in the Cayman Islands when all its operations are in Zambia? How did a big multinational operate declare a loss for 20 consecutive years in Nigeria without going bankrupt?

Compelling arguments, with a compelling solution: take control over global tax regulations away from the Organisation for Economic Development, which represents just 34 of the world’s richest countries, and give it to the United Nations, which represents all of them. Don’t let first world politicians, and the corporate interests that they so often represent, make tax rules that inevitably benefit themselves. Let’s reform the global tax system to close the loopholes and make tax avoidance a thing of the past. Commented the ever-quotable Stiglitz, “The difference between tax evasion and tax avoidance is very small, because those who benefit from tax avoidance write the law.”

And here’s the kicker: by making companies pay their fair share, civil society organisations estimate that developing world countries will be generate more revenue than foreign aid ever could. With a few simple law changes, and decent enforcement, development could pay for itself. This, surely, is the common sense solution to a global challenge?

Not so fast. In intense, late night negotiations in Addis Ababa, South Africa – as chair of the G77 group – banged the drum loudest in support of a new global tax body. But developed countries, in particular the United States and United Kingdom, weren’t having any of it. In breath-taking display of self-interest, they shut down negotiations around the subject, restricting the discussion to a powerless United Nations Panel of Experts instead. And as they did so, it became clear that this conference, as perhaps they all are, was nothing to do with development, and everything to do with power.

And they got their way, of course. There’s no new tax body, and few concrete commitments in the final agreement. There is, however, a renewal of the developed countries’ pledge to set aside 0.7% of their GDP for foreign aid. This is a pledge that few have lived up to, and when they do it is entirely on their terms.

So we have our answer: how will we finance development for the next 15 years? Foreign aid.

Searching for historical parallels, the first Opium War springs to mind. This was surely one of the most shameful moments in Britain’s colonial history. British traders had figured out that they could sell opium grown in India to China at an exorbitant price. Soon China was battling with a nationwide addiction problem, and its rulers outlawed the drug. The traders – among the world’s first transnational drug smugglers – weren’t happy, and neither was the British government who was dependant on these corporate profits to fund its own industrialisation. So the British sent warships up the Yangtze, bombarding Chinese positions until it made opium legal again.

By force-feeding foreign aid on the developing world, rich countries have created another class of addicts. And when the addicts dare to question the wisdom of this arrangement, rich countries use all their political power to stop the conversation in its tracks – and ensure the status quo continues. Because who benefits the most from tax avoidance? Where is the destination of all those illicit financial flows? The rich countries, of course – who need the income to keep their increasingly precarious financial system afloat, and the leverage generated by foreign aid to keep the developing world in its place.

And there’s not much we can do about it. Individual countries don’t have enough clout to change the system, and achieving concerted action on a global scale is almost impossible. Game theory comes into play: yes, if all developing countries sang from the same hymn sheet, all are likely to prosper in the future. But if just a few of them choose to stick with the status quo, they’d be in line for a foreign aid windfall (this, perhaps, was Ethiopia’s thinking when it tried to persuade South Africa to tone down its rhetoric during the Addis Ababa talks).

This conference was supposed to signal the end of foreign aid as the primary means of funding development. Instead, it reaffirmed its primacy. Long live foreign aid – whether we like it or not. DM

Photo: A general view of the opening of the Third International Conference on Financing for Development in Addis Ababa, Ethiopia, 13 July 2015. The world leaders, including Ban Ki-moon and the World Bank Group President Jim Yong Kim, are gathering in the Ethiopian capital to discuss financing for sustainable development. EPA/SOLAN KOLLI