Analysis: In the wake of Chinese adventure, a reminder of freedoms we take for granted 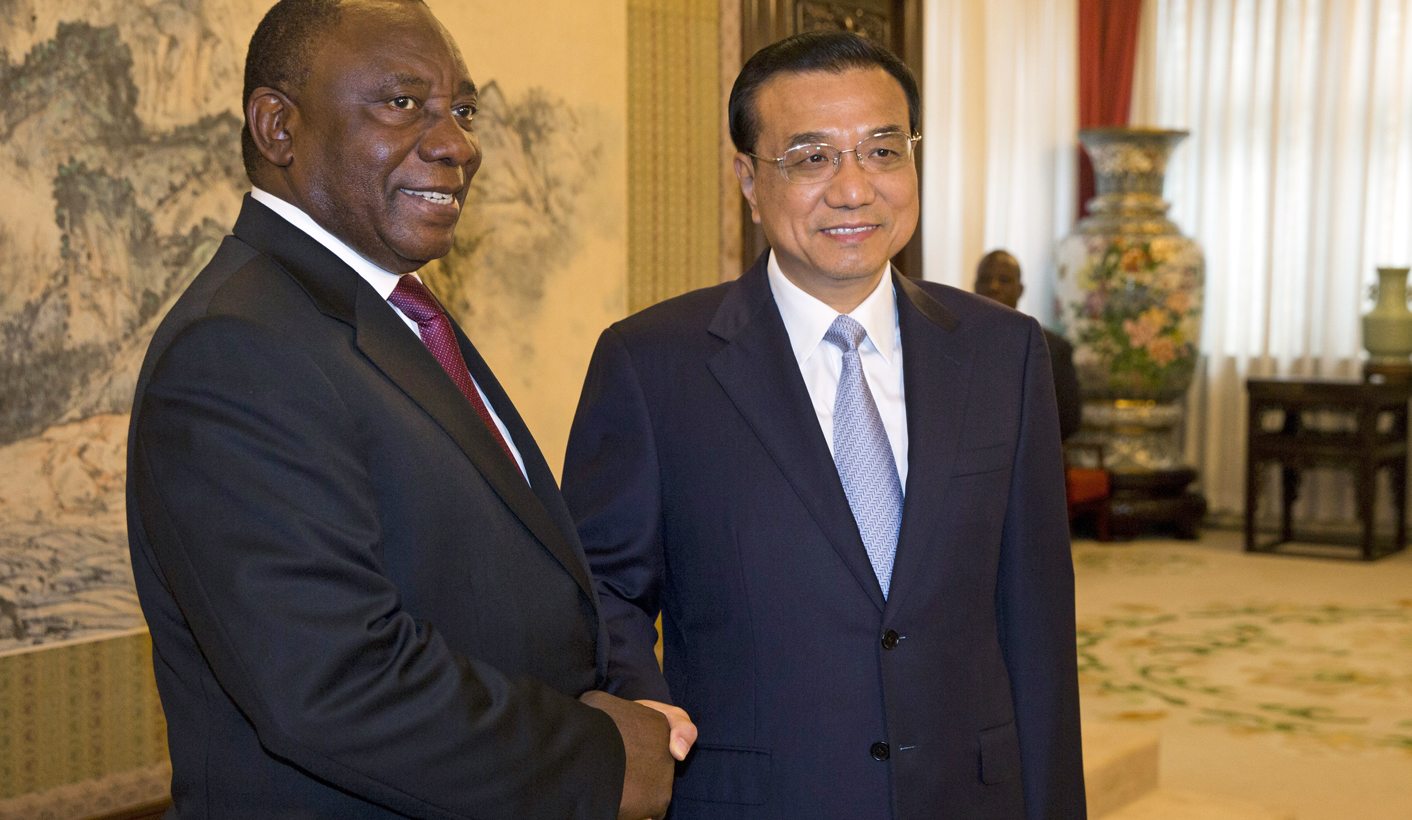 The ten South Africans arrested in China are back home and the credits are rolling on what most will remember as a good old diplomatic drama with some tense moments and a Hollywood ending. But should we flick the channel so quickly? ALEX ELISEEV, who broke the story and reported on it for a week, doesn’t think so…

On the face of it, the arrest of 20 religious tourists – ten South Africans among them – in Inner Mongolia made for a perfect international scandal. The mystery surrounding their lengthy detention in a remote region controlled by China created an irresistible plot.

The group was taken into custody on 10 July, a Friday and the tail end of a 47-day “deluxe sight-seeing tour of China”, which included visits to “temples, gardens, mountains and national parks”.

Those arrested in Ordos City describe themselves as a “peace-loving group” that “believes in the human spirit” and was out to see ancient and modern wonders and “learn and experience new cultures”. One wonders why they were arrested at an airport and not inside a hot-boxed, hand-painted VW kombi.

These descriptions are about as far off as one can get to images of shadowy terrorist funders out to spin murderous webs. Not to say that shadowy terrorist funders are not usually well disguised (otherwise they wouldn’t be shadowy, now would they?) but the contrast was dramatic. As was the fact that three nations now had citizens stuck in a detention centre in the middle of exactly nowhere.

News of the arrests emerged only on Sunday, two days after they were taken into custody, and only because the tour operator grew anxious. It took a full week to negotiate the release of all the ‘suspects’, who were never actually charged with any crime. There were days when the fate of five of the South Africans seemed completely uncertain, firmly in the hands of invisible figures thousands of kilometres away.

Humanitarian organisation Gift of the Givers claimed the tourists could be held without charge for seven days. China’s state media said it was 37 days. A Hong Kong correspondent for Eyewitness News, Steve Vines, spoke to said the state could easily apply for an extension, especially if the charges related to espionage or terrorism. He said bail wasn’t an option but the fact that they had not been charged was, paradoxically, a good thing because once they were, the outcome was certain.

In other words, the group found itself in a land of surveillance and censorship, where the courts were enforcing political decisions and, as in places like Russia, trials didn’t last all that long and were more for show than anything else.

The families of those caught up in this nightmare began searching for an international human rights expert or lawyer who could come to their rescue. In the same week, the Washington Post reported that since May, police across China had rounded up more than 200 human rights lawyers and activists. Some are being accused of trying to overthrow the government.

The families weren’t able to speak to those being detained. They had no idea whether they would be charged or not. They didn’t know the most basic and fundamental detail: the reason for the arrests.

In fact, this is still not known.

Those who have come back say it was in connection with watching, being in possession of or distributing so-called propaganda material. How the authorities knew what these tourists were watching is another story, the bigger issue is that a group of doctors, businessmen and even a respected former uMkhonto weSizwe veteran were kept prisoner for a week and nobody really knows why.

They say they had just come from the Genghis Khan mausoleum and were watching a documentary to better understand the region and its history. They wonder if a junior official who didn’t understand English decided this was violent propaganda.

Consider this unholy mess. A documentary film lands you in a detention centre in inner Mongolia for a week, where you have no way of communicating with your loved ones who think you’ve been arrested for being linked to a terror organisation and who are having to explain to media back home that the tour was actually about spiritual enlightenment and selfies with the terracotta warriors in Xi’an, not global terrorism.

Fortunately, what the local group had working in their favour is that South Africa and China are good friends. BFFs even. Not in a healthy way, but diplomatic buddies nevertheless. It also helped that Deputy President Cyril Ramaphosa’s latest assignment was somewhere that actually matters: Beijing. With the right dose of pressure at “the highest level”, all 10 South Africans were deported, along with their British and Indian counterparts.

The story has a happy ending, even if those caught up in it experienced hell instead of enlightenment. But this saga should make us think deeply about what we have in South Africa, how valuable it is and how important it is to protect it.

South Africa has its problems. But if the group were arrested here, they would have appeared in court within hours. The police, National Prosecuting Authority and government would have been pressured to explain at the very least why the men and women were being held. If they didn’t, there would be urgent court applications and the eruption of a media volcano. There would be a bail hearing and an appeal process at the disposal of those behind bars. It is inconceivable that our authorities would simply remain silent.

A man being held without charge in South Africa makes headlines and is compensated (to the tune of R750,000) by the state for his experience. It wasn’t always like this, but it is now.

When the police break down a refugee camp, arrest foreigners (who are victims themselves) and separate them from their children, a caring couple spends a weekend fighting to have them released and then offers 140 perfect strangers their farm.

The president and his administration have done a fine job of making these acts of justice or kindness vanish into a dust cloud of scandal and corruption. Everything seems dysfunctional and on the brink of collapse. Even though it isn’t.

What those 10 South Africans went through in China is a mirror being held up to our faces. It is a chance to remember what the fight here is all about. The Constitutional Court battles, the anti-corruption marches, investigative reporting and the humanity we so often take for granted. It’s a reminder that the alternative is a paranoid state that no longer answers to its people. Not even about why it imprisons them. DM

Alex Eliseev is an Eyewitness News reporter. Follow him at @alexeliseev.