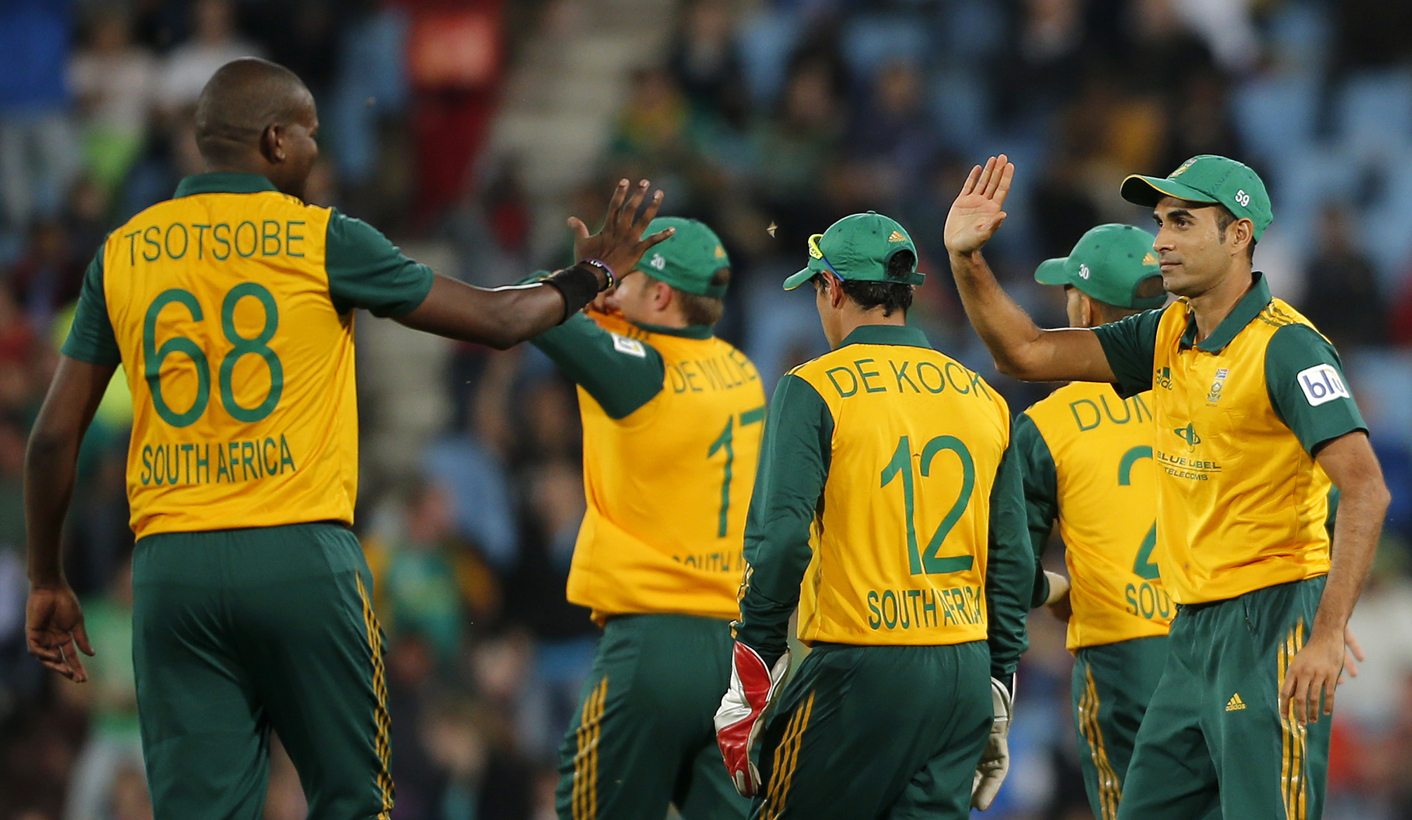 The cancellation of the T20 Champions League will have a substantial financial impact on the finances of South Africa’s domestic franchises and the players who never quite make it to international level. By ANTOINETTE MULLER.

Cricket’s worst kept secret has finally been made public. The T20 Champions League will be no more. On Wednesday, the tournament’s governing council announced the unanimous decision saying “the discontinuation was the most appropriate decision due to the tournament’s limited public following”. It means the tournament that was scheduled for this year will not take place. In both the short and long term, not only South Africa’s franchises, but also the South African cricketers, will suffer.

In theory, the tournament was an excellent idea. It offered lucrative financial incentives for teams to do well in their domestic T20 competitions, but the reception it received from the public was lukewarm for the last six years.

The immediate financial impact for South Africa’s franchises will be massive. At last year’s tournament, the South African participants bagged a $500,000 participation fee between them. Of that fee, players took 50% and the rest went to the franchise. South African franchises who had a player go off to represent their Indian Premier League team instead of his South African team also got an extra financial boost of $100,000 for the privilege.

Such financial coups are enough to keep franchises ticking over without Cricket South Africa (CSA) needing to reach into their pockets too much.

But the tournament has also made a fundamental difference to a number of players’ lives. Those who do not play international cricket have used the Champions League T20 as an exhibition to earn themselves lucrative Indian Premier League (IPL) contracts.

This means countries such as South Africa and New Zealand will have to find alternative ways to boost their coffers. CSA posted a profit last season thanks to some clever TV rights deals, but the loss of earnings remain substantial.

On the flipside, it might force some players who built their game entirely on the T20 format to rethink and shift focus to the first-class format. Although prize money for domestic competitions for this seasonhas not been announced yet, the last two seasons have seen the domestic four-day competition be the most rewarding in a financial sense. Not only did it offer the biggest prize money of all competitions for the winning franchise, but the monthly individual player awards were also small financial injections for players who have not made it to international level yet.

Still, it’s a far cry from the earnings of the IPL and the Champions League and it will put South Africa’s franchises on the back foot.

The question that remains is how this window will be filled, at least in the interim. The two week window that would have been filled by the T20 jamboree is still open, and while there has been talk of a second-tier IPL competition, that seems unlikely now with the chaos the tournament finds itself in. The owners of Chennai Super Kings and Rajasthan Royals were suspended from cricketing activities for two years earlier this week and it is now up to the Board of Control for Cricket in India (BCCI) to decide what to do with the franchises. Theoretically, they could be terminated and this will be discussed when the IPL governing council meets next week.

Cricket South Africa have already moved to try and make up for the shortfall in some way by launching a T20 league at the start of the domestic season. Earlier this year, they launched the Africa T20 Cup which will run in early September, when the Champions League would have been. The competition will feature three African teams in Zimbabwe, Kenya and Namibia as well as South Africa’s semi-pro teams. This is not immediately going to fill the financial shortfall for the franchises, though, but if it grows and if it attracts decent sponsorship and TV deals, it could be a small boost.

The other and fairly likely option is that international cricket will make up some of the losses. With the changing of the Future Tours Programme, where teams are free to arrange games as they wish, don’t be surprised if yet another one-day or T20 series is muscled in to the gap in September, particularly by the teams who suck the hind teat of the ICC’s revenue stream. South Africa and New Zealand have already sandwiched in a one-day series on South African soil in August, but it would hardly be a surprise if a team such as the West Indies is added to make it a tri-series that extends into November, played solely for the purpose of generating broadcast revenue.

The loss of the Champions League T20 is a great pity. It had all the makings of being a great tournament with all the financial benefits that modern cricket so desperately needs. DM

Photo: South Africa’s cricket players celebrate the dismissal of Australia’s Cameron White who was caught out by Imran Tahir (R) during the final of the T20 cricket test match in Centurion, March 14, 2014. REUTERS/Siphiwe Sibeko