Op-Ed: Political tension in Burkina Faso – the perils of a subtle coup 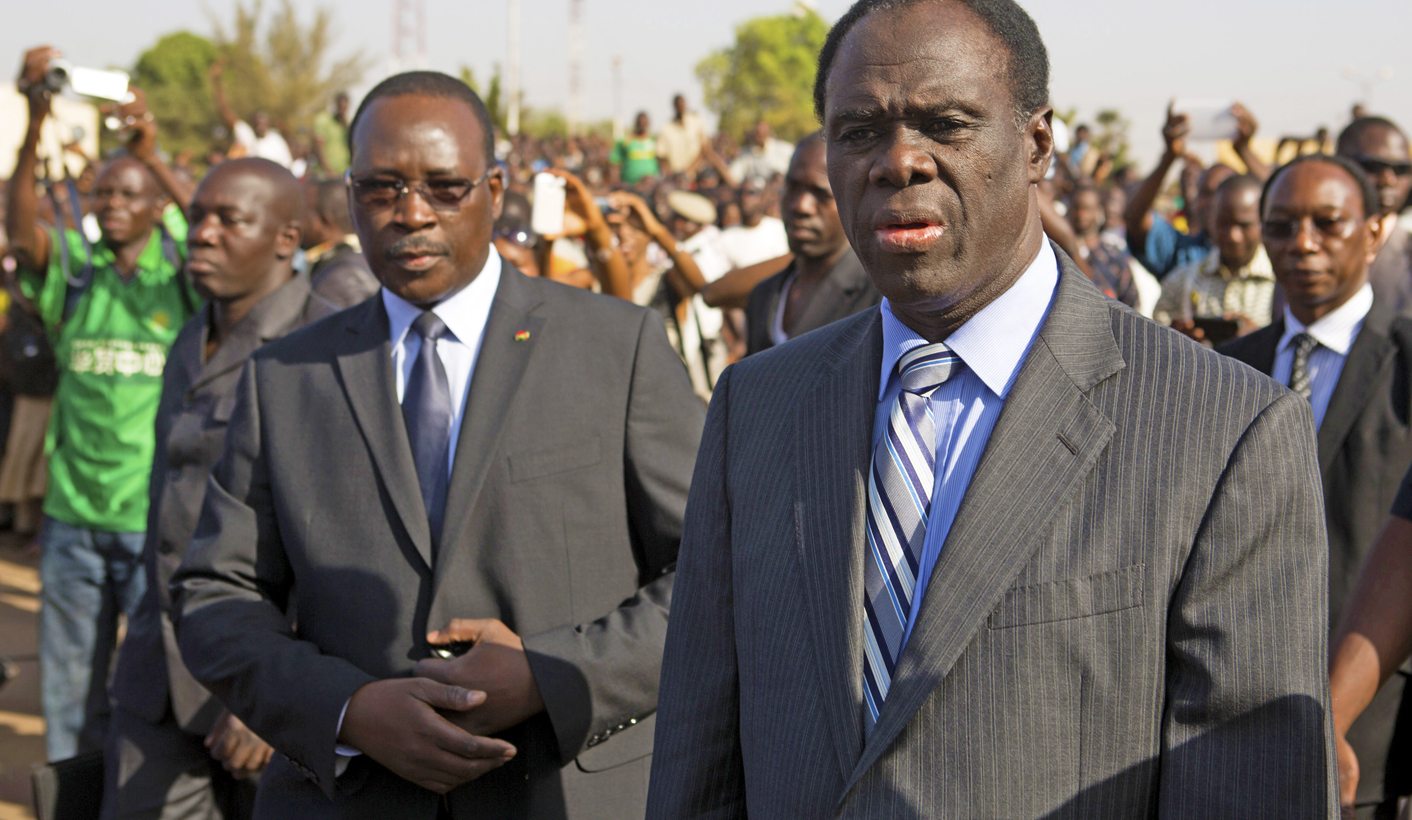 Less than a year after a popular uprising brought an end to the 27-year rule of former president, Blaise Compaore, Burkina Faso once again finds itself on the edge of a political crisis. Tensions between the Presidential Security Regiment, Prime Minister Yacouba Izaac Zida and civil society groups threaten to destabilise the country ahead of the slated 11 October elections, and possibly plunge the country into further economic and political turmoil. By FRANK CHARNAS.

Prime Minister Yacouba Zida, at that time of the popular uprising in Burkina Faso a colonel in the Presidential Security Regiment (RSP), was appointed head of state by senior military officials a day after the forced resignation of President Blaise Compaore on 31 October 2014. While civil society groups led the struggle against Compaore (at least on the surface), the ultimate result of the uprising was the implementation of a military figure, in the form of Colonel Zida, as head of state.

On 19 November 2014, opposition parties, civil society groups and religious leaders appointed a civilian, Michel Kafando, as interim president, but crucially kept Zida in the dual roles of prime minister and defense minister. The two were tasked with implementing the reforms necessary to guide the country toward democratic elections to be held in October of this year. To this end, Zida, who has since become a civilian, then attempted and failed to disband the RSP and to re-assign its officers. The regiment, which is made up of an estimated 1,300 highly trained troops, remains a strong force both politically and militarily, and are based in the capital, placing them close to the seat of power and increasing their influence. Zida’s resolve has thus resulted in a protracted political crisis between the government and this influential military group.

Additionally, civil society, which was at first supportive of Zida and his attempts to break up the RSP, has increasingly turned its back on the former general, following a series of arrests against opposition figures critical of the government. Zida has also come into conflict with the Congress for Democracy and Progress (CDP), the party of Compaore, and some of that regime’s other allies, after the government barred anyone who was supporting the attempts of Compaore to alter the constitution, from participating in October elections. However, this law was repealed after a West African regional Court ruled on 13 July that it violated the political rights of the country’s citizens. The ruling potentially empowers the opposition greatly, allowing seven previously sidelined political parties to participate in the polls.

It is unclear whether the popular uprising that led to the ouster of ‘Handsome Blaise’ Compaore was indeed organic or rather organised clandestinely by opposition and military figures, a sort of coup dressed as a popular uprising. What is clear, however, is that Zida’s ascent to power is demonstrative of a calculating opportunistic leader, able to adapt to the changing political and social climate and ultimately take advantage of the situation. As a military-appointed leader within a civilian transitional government, Zida occupies a unique, yet untenable position. The Prime Minister has neither the legitimacy afforded to a leader who is elected democratically, nor the authoritarian clout of a true post-coup leader. As such he is seen as a threat to the RSP and other senior military figures, while being understood as overtly authoritarian by civil society.

Despite Kafando’s creation of a new body, known as the ‘council of wise men’ to facilitate dialogue between the military and the transitional government, the country remains in a state of political disorder and deadlock. As the first ever democratic elections draw nearer, the threat of breakdown in the fragile triangular power balance grows ever more pertinent, and the potential for a power broker to attempt to gain control over the government increases. With the country’s future stability hinging on the successful carrying out of these elections, the Burkinabe people will need to determine whether their uprising constitutes a civil society success story, or a subtle coup. DM