Ebola: What the WHO did wrong, and how to fix it 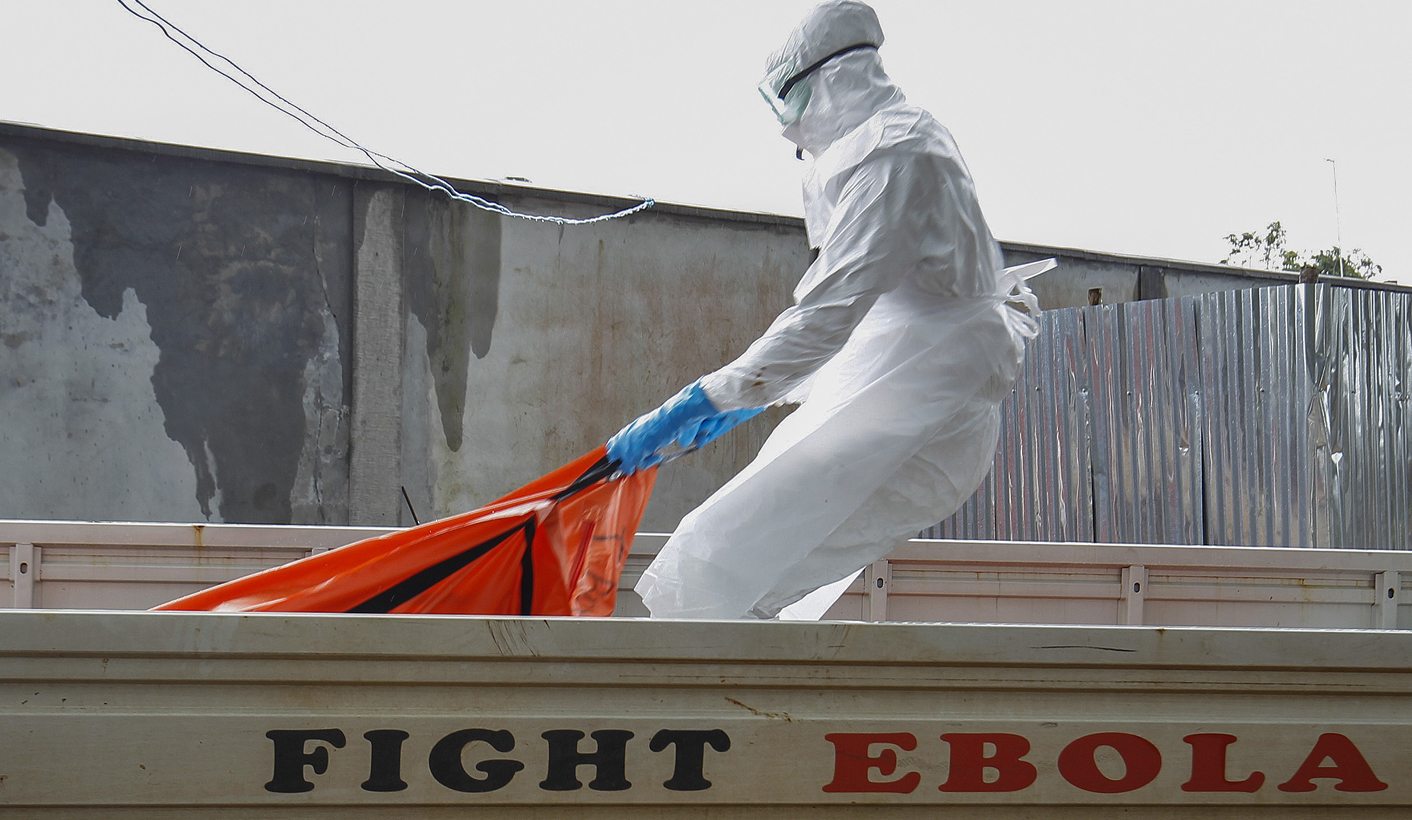 That the World Health Organisation failed to adequately respond to Ebola is not in doubt – the proof is in the numbers of people who died and are still dying in the epidemic. To its credit, the WHO knows it messed up, badly, and has sought outside help on what went wrong and how to fix it. The verdict is in. SIMON ALLISON picks out the key issues.

As the West African Ebola epidemic stabilises, a question haunts the global health fraternity: how many lives could we have saved if we had acted faster, and better?

An independent report into the World Heath Organisation’s response to the crisis doesn’t exactly answer this question, but it does explain – with devastating clarity – the failures on multiple fronts which, together, contributed to the international community’s delayed action. It’s too late to fix the mistakes of the past, but this is about fixing the mistakes of the future. When the next public health emergency comes around, the WHO and partner organisations will have no excuse.

The report was compiled – at the WHO’s behest – by six experts in health, humanitarian affairs and development, led by former Oxfam boss Dame Barbara Stocking. It is deeply critical of the WHO, and the international system in general, and demands drastic change. “The world simply cannot afford another period of inaction until the next health crisis,” it concludes. This is what needs to change:

Existing rules are there to be implemented

The wheel doesn’t need to be reinvented. There are already plenty of sensible guidelines on how to handle these kinds of emergencies, mostly contained in a set of rules called the International Health Regulations. These were designed to prevent the spread of disease while avoiding unnecessary interference with trade and travel.

Under the regulations, states are obliged to develop certain core public health capabilities, to ensure they’re ready to respond when necessary. Most have not done so. “As at November 2014, 64 States Parties informed the Secretariat that they had achieved these core capacities, 81 requested extensions and 48 did not communicate their status or intentions. These results are not acceptable.”

The report concluded: “The Ebola outbreak might have looked very different had the same political will and resources been applied in order to support implementation of the International Health Regulations (2005) over the past five years.”

Countries must be incentivised to report public health emergencies, not the opposite

This is one of the most chilling lines in the whole report: “At present there are clear disincentives for countries to report outbreaks quickly and transparently, as they are often penalised by other countries as a result.” Ebola was a case study in this. Although the International Health Regulations require countries to keep borders open until the WHO says otherwise, more than 40 countries panicked and shut down borders and transport links with Guinea, Liberia and Sierra Leone.

This was a double blow, not only crippling these economies but also making it much harder and more expensive for aid agencies to help. Of course, that’s exactly what the countries concerned were worried about, which is why they took so long to acknowledge that Ebola was a problem.

Obviously, this needs to change. The earlier countries admit that they have a health emergency, the faster it can be dealt with. Transparency must be incentivised, and to do so someone’s going to have to think outside the box. The report suggests some kind of insurance scheme, like medical aid on a geopolitical scale, where affected countries would get some kind of payout for genuine emergencies.

Why so slow to declare a public health emergency?

It wasn’t just the affected countries who were slow to acknowledge the scale of the problem. The report finds that “significant and unjustifiable delays occurred in the declaration of a Public Health Emergency of International Concern” by the WHO.

A number of factors contributed to this delay, including the WHO’s technocratic, small-scale culture; poor risk assessment; concerns about the economic consequences of such a declaration for the affected countries; and a fear of getting it wrong (the WHO had previously been criticised for unnecessarily declaring a public health emergency for the H1N1 influenza pandemic).

These are no excuses, however. “The declaration of a Public Health Emergency of International Concern can lead to disagreements with national governments, and the Panel notes that independent and courageous decision-making by the Director-General and the WHO Secretariat is necessary with respect to such a declaration. This was absent in the early months of the Ebola crisis,” said the report, in a withering indictment of the WHO director-general Margaret Chan.

The WHO needs more money

Member states fund the WHO, but most of this funding is voluntary and designated for specific programmes only. Less than 25% of it comes from assessed contributions – i.e. mandatory payments – and these haven’t been increased in years. As a result, even though it still receives the same guaranteed sum every year, the purchasing power of its core funds has decreased by around a third since 2000. This has obviously had a negative impact on the organisation’s capacity, and without more funds it will struggle to maintain existing programmes, never mind create the new emergency response centre that is so desperately needed.

The report wants member states to increase their assessed contributions by 5%, and to establish a special $100 million contingency fund that can be accessed in the immediate aftermath of outbreaks or emergencies (often, donor funding for emergencies comes only after the need has passed).

In most humanitarian organisations, the length of time spent by foreign staff in a place is in in direct proportion to the magnitude of the problem. The more severe the emergency, the less time spent there. There are sound reasons behind this: such work is intense, and traumatic, and organisations need to protect the health and wellbeing of their staff.

In the Ebola context, foreign staff would usually work in-country for somewhere between six and 12 weeks. It wasn’t enough.

“Nothing creates more chaos in emergencies than constant, rapid turnover of personnel, some of whom do not have the requisite expertise. Knowledge transfer falters, and relationships break down. In the current phase of the response, such matters have improved dramatically, but there is still a huge lack of coherence in human resources management. Some deployed personnel still say they are not sure to whom they report or what they are meant to do. This shows a regrettable lack of respect and responsibility towards those engaged in response on the ground,” said the report.

One of the report’s most damning conclusions is about the general failure of responding organisations to engage adequately with local communities.

“The Panel is surprised and dismayed by serious gaps in the early months of the outbreak in terms of engaging with the local communities; some of these gaps still exist in the late phase of the outbreak, which shows that messaging needs to be continuously refined so as to be responsive to the changing epidemiological situation. Traditional cultural practices, including funeral and burial customs, contributed to virus transmission, yet culturally sensitive messages and community engagement were not prioritised. Essentially, bleak public messaging emphasised that no treatment was available; this reduced communities’ willingness to engage,” it said.

This highlights the fact that public emergency responses cannot just be medical. To be effective, they must also be political, and anthropological, and culturally sensitive, and experts in these fields must be part of the process. The failure to include them until much later in the Ebola response contributed to the tensions between local communities and international organisations (exacerbated by the deep distrust of governmental authorities in the affected countries), which was perhaps the major factor in why it took so long for communities to adopt basic precautionary practises. DM