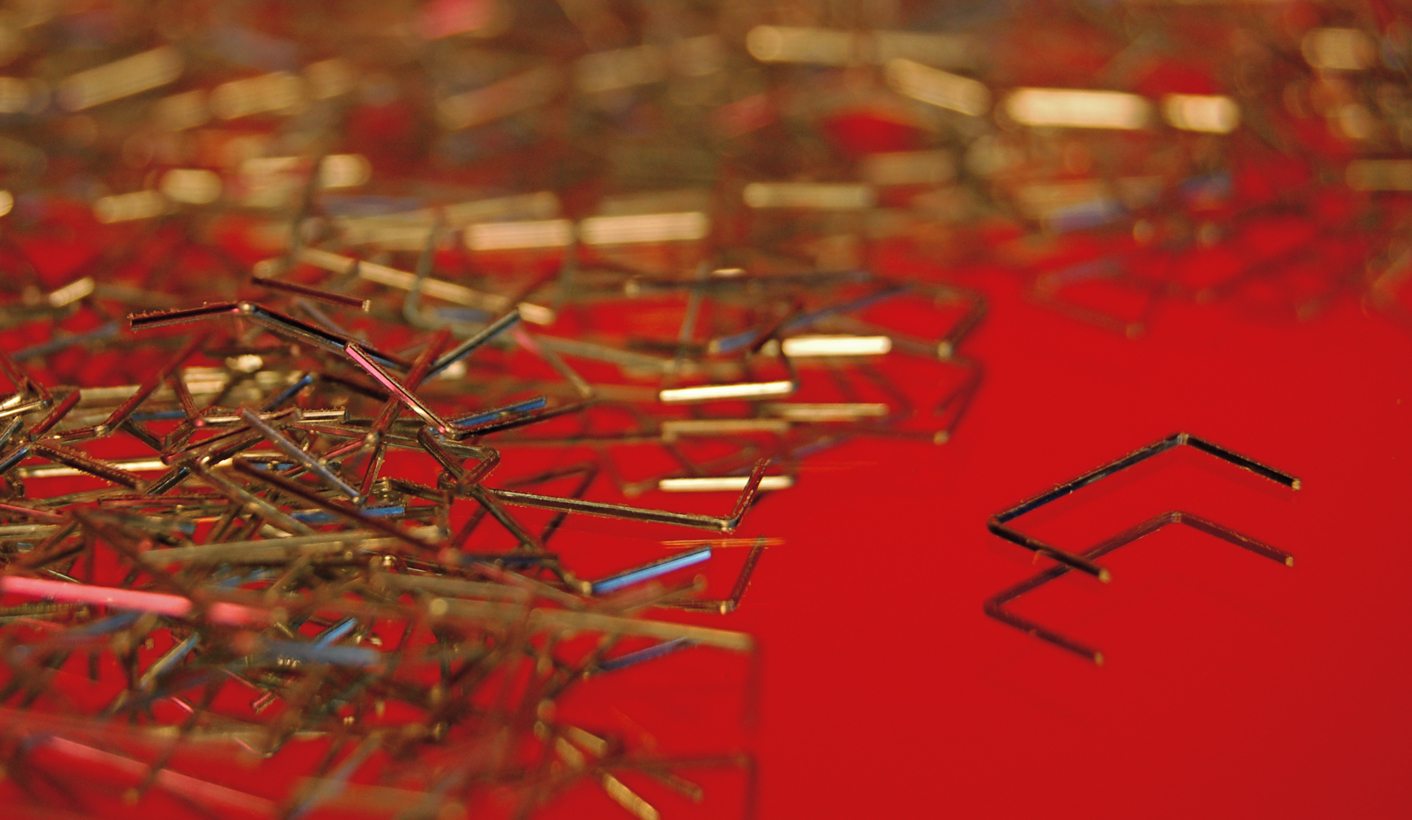 The media storm around Caitlyn Jenner has calmed down, and as it always does after any issue receives major attention for a while, the world has returned to its business. But what happens to the ordinary people living the reality of the issue that has been raised? MARELISE VAN DER MERWE has been interviewing transgender South Africans about their lives. Meet C.

When word first got out that Daily Maverick was interviewing transgender people, an email landed in the writer’s inbox.

“I’m a mid-forties professional, and if my workplace is to be believed, then I obviously forgot everything I learned in the 15 years I ran a department – because I now present publicly as a woman. It has been the most blatant and obvious experience of transmisogyny* that I could only previously imagine,” it ran.

C has worked for the same company for years, in various areas. Her story, although full of challenges, is surprisingly one of the better ones; although she experiences transmisogyny, she is financially stable and still has her job. Although discrimination on the basis of one’s gender is illegal, practice of what is outlined in the Constitution and the Bill of Rights can be slow to filter down. Transgender unemployment rates in Africa are high and transgender people are frequently excluded from economic or educational opportunities; further afield, unemployment rates among transgender people can be up to four times the average.

Jessica Nordell recently wrote in New Republic, “Trans people are bringing entirely new ways of approaching the discussion [of gender inequality in the workplace]. Because trans people are now staying in the same careers (and sometimes the very same jobs) after they change genders, they are uniquely qualified to discuss the difference between how men and women experience the workplace. Their experience is as close to the scientific method as we can get: By isolating and manipulating gender as a variable and holding all other variables – skill, career, personality, talent – constant, these individuals reveal exactly the way one’s outward appearance of gender affects day-to-day interactions. If we truly want to understand women at work, we should listen carefully to trans men and trans women: They can tell us more about gender in the workplace than just about anyone.”

On the face of it, this appears a reasonable argument, but there is a layer missing, which is the intersection of transphobia and sexism. Trans men may not experience all the privileges that other men do if their colleagues are aware that they are trans; trans women may experience an extra layer of discrimination. Where trans person stays in the same job before and after transition, the experience is likely to be coloured.

With that caveat, however, there are some examples that give pause for thought. Nordell writes of biologist Ben Barrell, who worked as Barbara Barrell until he was in his forties. “When he became Ben, however, he immediately noticed a difference in his everyday experience,” Nordell writes. “‘People who don’t know I am transgender treat me with much more respect,’ he says. He was more carefully listened to and his authority less frequently questioned. He stopped being interrupted in meetings. At one conference, another scientist said, ‘Ben gave a great seminar today – but then his work is so much better than his sister’s.’ (The scientist didn’t know Ben and Barbara were the same person.) ‘This is why women are not breaking into academic jobs at any appreciable rate,’ [Ben] wrote in response to Larry Summers’s famous gaffe implying women were less innately capable at the hard sciences. ‘Not childcare. Not family responsibilities…I have had the thought a million times: I am taken more seriously.’”

For C, the line between straight-up sexism and transphobia has been difficult to draw. “Although I’ve run a department for roughly 15 years, I have apparently suddenly become incompetent at understanding the mysteries of engineering, basic process mapping, financial planning and service levels,” she says. “Since I’ve been [in my line of work] for around 30 years now I doubt I could forget how if I tried! Now I’m allowed to work in [a different department] and comment on about 5% of my original designation. Is that sexism, because women are okay in my new area, but not the more scientific fields?”

There are a number of issues that can be broken down, C believes. “The line between sexism and transphobia can be difficult to draw,” she says. “If I could do it yesterday when I looked like a man, is it a rationally automatic assumption that I can’t do it today because I look more like a woman? Yesterday I was actually a woman anyway, and since nobody removed my brain, my experiences or my memories, it cannot be logical behaviour to believe that my skills dissolved. That feels like transphobia.

“When I’m wearing a skirt and more made-up than normal – and every male in the room feels it’s okay to cut me off when I’m speaking – that feels like institutional sexism. It has been that obvious! I don’t believe that people think they are as obvious as they actually are in this respect. I feel like every other professional woman that’s been subjected to this assumption of male privilege – but I’m not always able to respond as ‘demurely’ as expected – and I can’t take on the issue because it is assumed that I’m overly defensive. That feels like transphobia and sexism rolled into one nasty, unassailable behaviour.”

Colleagues’ responses to transition can be broadly categorised into seven groups, she says: 1) Those who accept the reality of what they’ve been told, don’t really understand, but are good people and try; 2) Those who are ‘positively neutral’, i.e. who don’t really understand but don’t judge either – and usually find it a little easier every day. They might sometimes be guilty of transphobic behaviour, but innocently; 3) Bigots, who are generally easy to spot and sadly often in positions of power; 4) Those who pretend to be positively neutral, but are undermining behind one’s back; 5) Those who assume that one has to be certifiable or unbalanced to choose to transition, not understanding that it’s often the only rational choice (“It was transition or suicidal depression that was heading in a pretty clear direction – it wasn’t that much of a choice for me,” says C) 6) Newly met people who have no preconceived notions and are therefore fairly neutral and tend to focus on the issue at hand; and 7) Those who seem to, for no apparent reason, comment on what one is wearing or how one looks – leaving one wondering why.

Transequality.org reports that 90% of transgender people in the US experience harassment, mistreatment or discrimination in the workplace, and although South Africa’s progressive laws provide some recourse, the reality is that many transgender people are not aware of their rights or employers are not aware of their obligations. To this end, transgender advocacy group GenderDynamix is working tirelessly to promote greater equality. The organisation in 2013 released a guideline for employers on working with transgender employees, in which it included, among others, the following pointers:

Despite the challenges, it’s not all doom and gloom for C, who has found that her new gender identity has in many ways been less restrictive. Like many before her, she has identified that gender stereotyping hurts both men and women: and if she has lost some privileges in presenting as female, she has gained some, too. “If it were just about my personal life I’d have to say that it’s been the best I’ve ever felt,” she says. “My moods have changed dramatically for the better, with obviously with the occasional bad day thrown in. But I have learnt so much about the intersections and differences between gender, stereotyped behaviour and expectations, and the person inside, that I can actually have the occasional laugh about it.

“I’m now ‘allowed’ to be a bit emotional and demonstrative, and apparently I am also allowed to be a bit ditzy and flap; I’m allowed to tell somebody that they look nice, and allowed to coo over babies a bit. If the truth be known I was always like that, but I kept it rigidly controlled. It’s been such a relief to not have to.”

There has also been acceptance in surprising quarters. The response from family and friends was “a real mixed bag” but there was “the most amazing support from some people, not always where it was expected”. Although C was ostracised by some close friends and family, and her transition cost her a 20-year relationship, there have been gains. “I have met some amazing people in the last year, and I’d consider many of them friends – so it hasn’t been all bad.”

There have also been surprise interactions. “The first time you are introduced to an outsider that calls you by the name they’ve been given, uses the pronouns you’ve indicated, and listens to what you know before making any judgements, makes it feel like it’s all going to be okay.” And one of her highlights was finding that “society [was] much more accepting than I ever thought possible. I was really apprehensive about having to travel through an airport, get air tickets, hire a car, etc., and was so pleasantly surprised by the airline personnel. The check-in agent looked at my driver’s license – even though it said male, still – smiled, booked me in and said ‘have a good flight, ma’am’.”

Ultimately, C’s story illustrates that legislation is just the starting point; change is in the hands of individuals, and it’s going to have to happen step by step. “It seems to be relatively widely known that South African law is progressive in respect of the treatment of trans people, but the principles enshrined in law are infrequently equally applied in practice,” she says. “It’s of course extremely important that the legal framework is good – we just need visibility and education.”

Justice Edwin Cameron’s keynote speech at GenderDynamix’s 2013 AGM summed up the issue well: “The Constitution must form the basis for our struggle. It is a helpful and possibly liberating tool… [But] it is not self-executing. In itself, it has no agency. Social change is brought about through active, critical struggle and engagement. So the Constitution needs us – you and me and our organisations and supporters and government – to realise it. The Constitution can help direct us on the right path. But it can only do so through our own efforts of will.” DM

Disclaimer: C’s opinions are solely her own, and her experiences are individual. She does not speak for any organisation or group.

* Transmisogyny is defined by The Queer Dictionary as “an intersection of two forms of oppression that transgender women are subjected to: transphobia and misogyny. Because conventional patriarchal culture views women as inherently inferior to men (misogyny), transwomen are also perceived as inferior by virtue of being feminine and pursuing a female social role in society. They tend to be subjected to many dangers and forms of discrimination not only because of misogyny, but also because of transphobia and cissexism.”