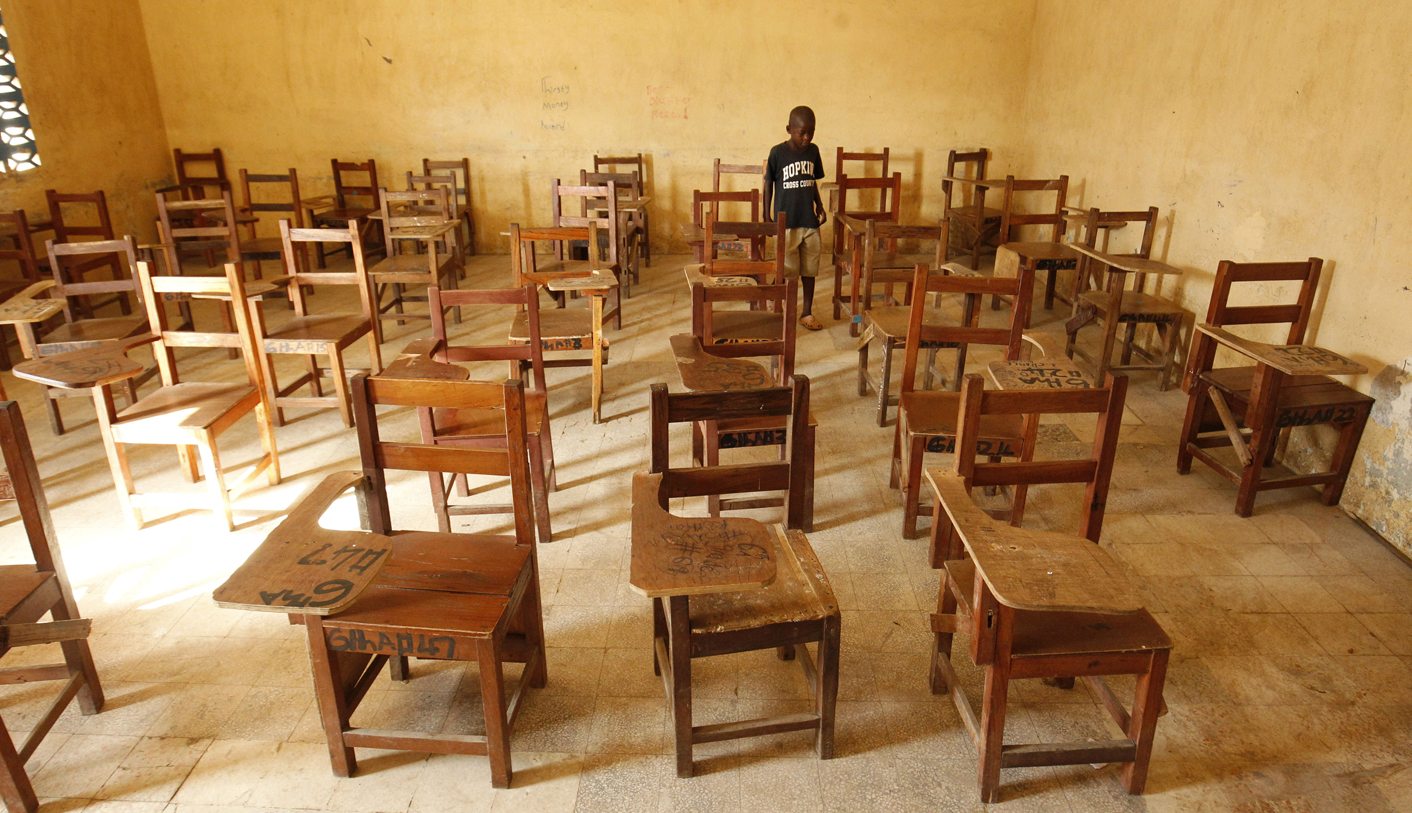 Don’t panic, Liberia’s health officials say, as a new case of Ebola turns up near the capital city. Liberia was meant to be Ebola-free, and this comes as a devastating blow for the country that is still struggling to get back on its feet after the deadly epidemic. Nonetheless, the health officials are right. Liberia has learnt its lessons, and this time should be different. By SIMON ALLISON.

The fight against Ebola took another devastating turn on Sunday with the news of an Ebola-related death near the Liberian capital Monrovia. Earlier this year, Liberia had announced that it was Ebola-free following a 42-day period with no new infections, to general relief and acclaim. In total, the country made it 90 days without a new infection.

This latest victim of the deadly virus was a 17-year-old boy from the Nidonwin neighbourhood. He started showing fever-like symptoms in the week preceding his death, but was diagnosed with malaria at a local clinic (in its early stages, Ebola looks a lot like many other infectious diseases). The clinic wasn’t looking for Ebola because it thought that the epidemic was over. Only after his death was the boy tested, and found to be positive – sparking fears of a resurgence of the epidemic.

“It’s disappointing that we have a new case in Liberia, but we have to be careful not to be alarmist,” said Jens Pedersen, Humanitarian Affairs Advisor for Doctors Without Borders (MSF), speaking to the Daily Maverick. “It highlights the fact that Liberia is still at risk as long as Ebola still exists in neighbouring countries. So far we remain on standby and are willing and able to assist if anyone needs it.”

Meanwhile, Liberia’s deputy health minister Tolbert Nyenswah told everyone not to panic. “There is no need for panic. There is no need for fear. We have it under control,” he said. He’s probably right. Not only is panic always counter-productive in these situations, but – unlike during the first outbreak – the Liberian government now knows what it is up against, and has the resources and skills available to deal with it swiftly. After a slow response initially, Liberia was praised for its leadership, community engagement and coordination with partners in dealing with the first outbreak.

Their response this time round was much swifter, and demonstrates that lessons have been learned. Authorities immediately publicised the death, to put people on heightened alert, and quarantined the area. They also went to work tracing the victim’s movements, trying to figure out who he may have come into contact with while infected. Tracing these contacts, and quarantining accordingly, is probably the most significant factor in preventing the spread of the disease.

The biggest question, of course, is how the boy became infected. Investigators are still looking into whether he had travelled to Guinea or Sierra Leone recently, which could explain it. If an international link is not established, it raises the prospect of other Ebola cases in Liberia that have not been picked up; or, more ominously, that the disease has mutated in some way which makes it harder to track. The latter prospect is one which has been worrying scientists ever since the outbreak began last year.

Also concerning is that despite the good progress made, there still remains deep distrust between health workers and local communities in some parts of the country, which could complicate the situation. A case in point: on Tuesday, government health workers were trying to administer the polio vaccine in communities in Nimba province, as part of a nation-wide vaccination drive. According to the New Dawn newspaper, some health workers were attacked and all were forced to leave. Residents claimed that the health workers were actually administering the Ebola virus, not a polio vaccine. That these kinds of powerful myths are still prevalent demonstrates how difficult it is to execute an effective response to any new outbreaks; and, perhaps, why the region as a whole is still battling to get rid of Ebola, more than 18 months after the outbreak began.

“There were 20 confirmed cases of Ebola virus disease (EVD) reported in the week to 21 June, compared with 24 cases the previous week. Weekly case incidence has stalled at between 20 and 27 cases since the end of May, whilst cases continue to arise from unknown sources of infection, and to be detected only after post-mortem testing of community deaths,” said the World Health Organisation in its latest situation report.

Nonetheless, there are hopes that the end is in sight.

“This can be the tail-end of the epidemic, if the hard work is continued. One Ebola-positive patient constitutes an outbreak, and the challenge in Guinea and Sierra Leone is instead of a spike in numbers like we saw in Monrovia next year, we now have a wider geographical spread which requires a different approach. There are challenges with [maintaining] continuous surveillance, and it’s clear there is some Ebola fatigue among actors…so until we get to zero cases in all three countries we’ll never know if this is the tail end or not,” said Pedersen. DM

Photo: An almost empty classroom after students were sent home after Liberia was declared Ebola-free by the World Health Organization (WHO) in Monrovia, 11 May 2015. WHO declared Liberia free of Ebola on 09 May 2015, after no new cases were reported for 42 days, twice the virus’ incubation period. EPA/AHMED JALLANZO