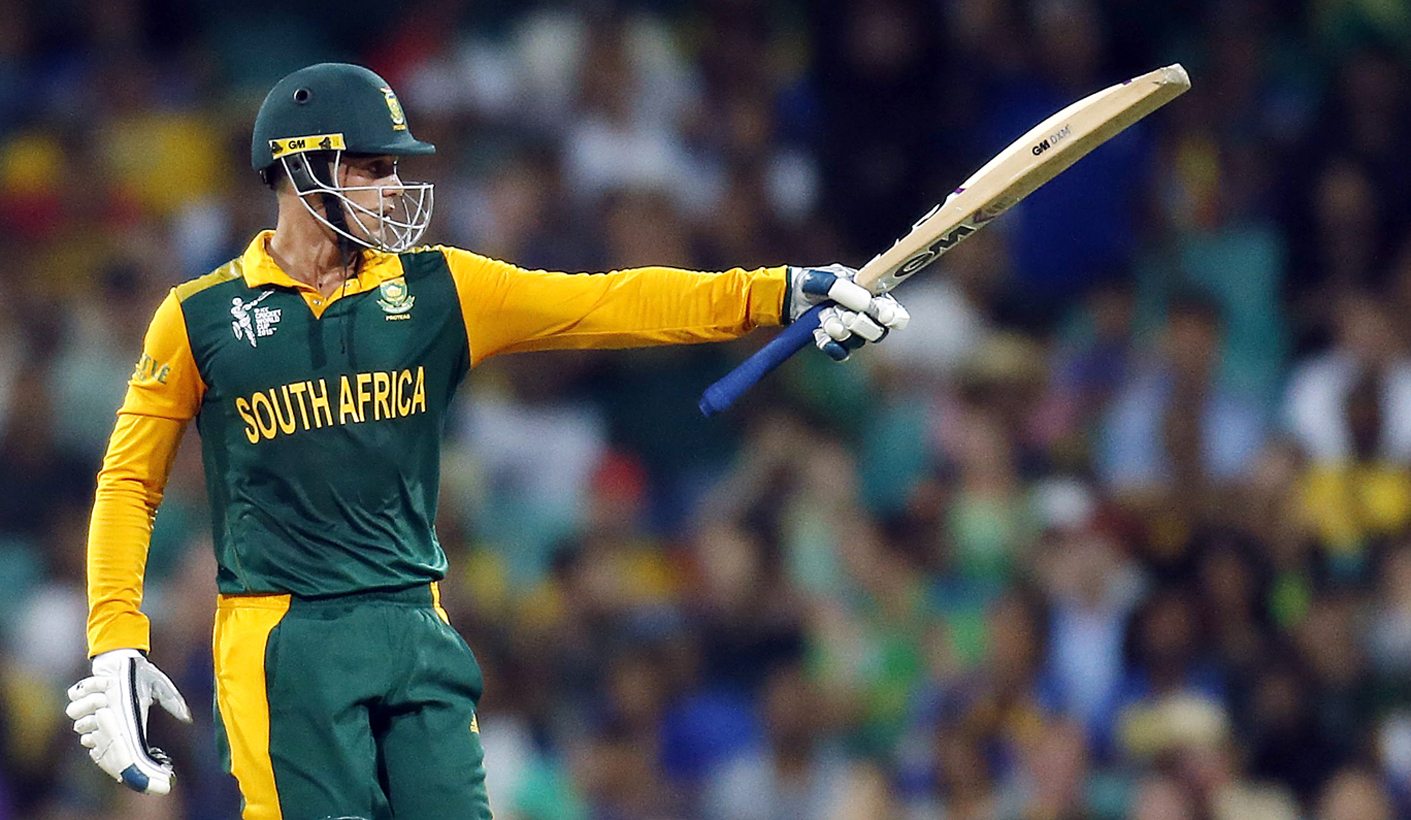 From Morne van Wyk’s omission to Quinton de Kock’s form, ANTOINETTE MULLER runs the rule over the talking points ahead of South Africa’s tour of Bangladesh, which begins with a T20 match on Sunday.

South Africa and Bangladesh will embark on two-match T20 series starting on Sunday. Although to call something only two matches long a “series” is probably a bit of a stretch. The good news is that there might actually be a purpose to this little jamboree. Usually, T20 matches do little more than inflate revenue streams, but with a World T20 to plan for next year, teams will take these hit-and-giggle outings a little bit more seriously.

So seriously, in fact, that they used a drone to record their first practice. That got them into hot water as Bangladesh had banned the use of unmanned aircraft in its airspace, unless there was prior approval. Cricket South Africa has since apologised for the mishap, and can now get on with focusing onall things cricket. And boy, do they have cricket things to focus on.

We’ve picked five of the key talking points ahead of the two T20s.

Please note that although factually true, “old” is used very much in the proverbial sense here. In the last T20 Morne van Wyk played for South Africa, he scored a hundred. He had piled on the runs during the domestic circuit all season long, but still it was not enough to get him picked. Logically, it might make sense. There aren’t any opening spots going in the T20 team at the moment, but you would think that with a World T20 to plan for and experience being such a valued commodity in cricket, he might have at least got a chance to go on tour for a week or two, but no. Van Wyk has expressed his disappointment at not being selected and says he’ll keep hoping he might get noticed if he keeps on doing well domestically. But with so much T20 played across the world these days, though, South Africa might not always look at their domestic veterans when it comes to picking players.

The strength of the second string bowlers

The seven potential frontline bowlers have just over 50 T20 International (T20I) caps between them and over 30 of those come from one player – Wayne Parnell. Not one other player has made double figures for international T20s. This attack is as rookie as it gets and it’s good chance for South Africa to see where their depth lies. All eyes will be on young speedster Kagiso Rabada, who flourished in his first season as a fully-fledged franchise cricketer. Legspinner Eddie Leie is another one to watch while Kyle Abbot, Beuran Hendricks and Parnell also need to stake a claim for next year’s glitzy tournament.

Observers of the South African domestic circuit have been calling for David Wiese as a wildcard in South Africa’s limited overs set-up for some time, both in T20s and ODIs. He missed out on a chance to play in the World Cup earlier in the year and is still not part of the one-day set-up, but did have an interesting run with the Indian Premier League. He became an unlikely hero for Royal Challengers Bangalore on a few occasions, scoring 122 runs at an average of 30.50 and picking up 16 wickets at an average of 22.06. Don’t these returns remind you of that number seven all-rounder role that South Africa so struggles with in limited overs? If Wiese does well he cannot possibly be ignored any longer.

Ignore the clichéd and measured response from the touring side about how they will respect their opposition, whether they mean it or not, it’s what they have to say. The rest of us can say whatever we want. Dale Steyn might not want to waste his time playing against Bangladesh, but for South Africa’s rookies this will be a real Test. Bangladesh have been steadily improving for a while now and after reaching the quarter-finals of the World Cup, they proved that it was no fluke, beating Pakistan and India in two recently-concluded limited overs series. Bangladesh have every chance of pulling a fast one on South Africa and if they do, it won’t even be a surprise.

The last time we saw Quinton de Kock play limited overs cricket was during the World Cup. Having just returned from injury, which nearly kept him out of the tournament, the young batsman looked a shadow of his former self. Low on confidence, limp-wristed and finding new and innovative ways to find the exact same fielder every single time he batted, De Kock had a woeful time during the tournament. But, a few months have passed now and he’s hopefully been wrapped in enough horse placenta (it really works, apparently) to return him to full fitness. All he needs now is a few runs to get him back to where he was before, otherwise South Africa might face a few selection dilemmas before their tough tours even start. DM