Analysis: The Islamic State is coming for North Africa 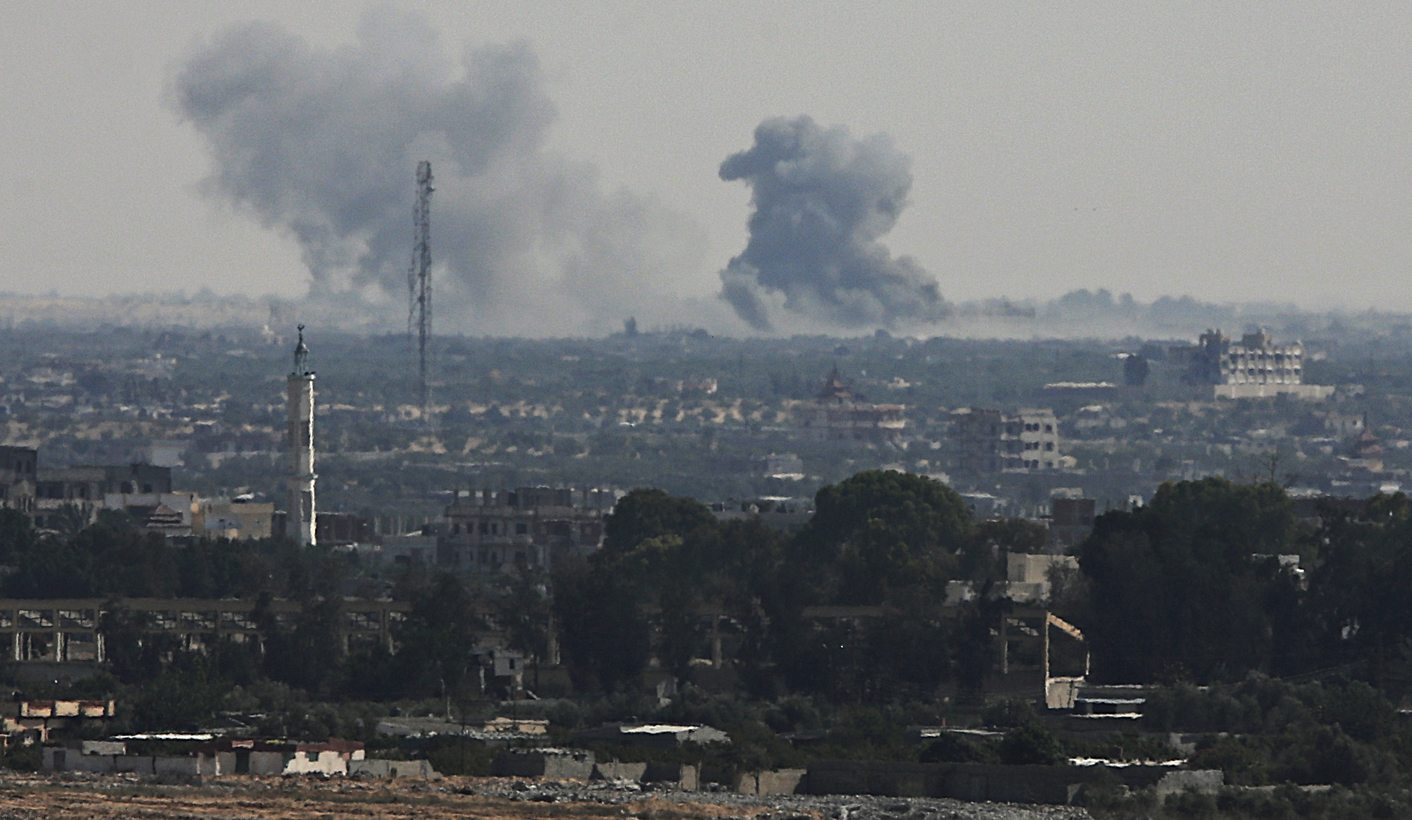 The deadly assault on Egyptian government positions in the Sinai Peninsula by an Islamic State-aligned militant group was more proof, if any was needed, that Egypt is dealing with a major insurrection. It’s not alone. Following on from the attack in Tunisia, and the occupation of parts of Libya, it’s clear that North Africa is being targeted by Islamic State. Underestimate them at your peril. By SIMON ALLISON.

For a demilitarised zone, there sure is a lot of fighting in Egypt’s Sinai Peninsula. The troubles reached their zenith – for now, at least – on Wednesday in a massive firefight near the town of Sheikh Zuweid, as armed militants and suicide bombers attacked a police station and five military checkpoints.

According to the Egyptian army, which repelled the attack, 100 militants and 17 soldiers died in the battle; independent estimates suggest the Egyptian army casualty count is significantly higher than that. Ansar Bait al-Maqdis, a radical Islamist group with links to the Islamic State (IS), has claimed responsibility for the attack (the group now refers to itself as the “Sinai Province” of the Islamic State).

Although Ansar Bait al-Maqdis has been active in the area for several years, and is responsible for dozens of other attacks that have killed hundreds of people, this one feels like a turning point. For one thing, the size and scale of the attack was unprecedented, requiring the Egyptian army – one of Africa’s best-equipped and trained fighting forces – to bring both helicopter gunships and F-16 fighter jets. For another, this attack came just days after the successful assassination of Egypt’s controversial state prosecutor, Hisham Barakat, which was also claimed by the group.

Barakat’s assassination showed Ansar Bait al-Maqdis could strike at the very heart of the establishment. Barakat was a crucial figure in President Abdel Fattah El-Sisi’s regime, responsible for the trials of thousands of Muslim Brotherhood members, and the en masse death sentences handed down at the conclusions of those trials (the Muslim Brotherhood, remember, is the moderate Islamist group which won Egypt’s first real democratic elections after the 2011 revolution, and one cannot help but wonder how the situation would be different if they were still in power). More tellingly, it showed that the group is getting stronger and bolder in its Sinai heartland – and it’s not just Egypt that’s worried.

Looking on nervously is Hamas, the increasingly beleaguered rulers of Palestine’s Gaza Strip, which borders the Sinai. While Hamas is also a militant Islamist group, it has far more in common with the outlawed Muslim Brotherhood than it does with IS; in fact, it views IS as a major existential threat. As a result, it has taken the extraordinary step of heightening security Gaza’s border with Sinai, effectively reinforcing the blockade maintained by Egypt and Israel. It’s like prisoners putting extra locks on their jail cells.

Israel is also concerned, as it also shares a border with the Sinai. Israel has fought several bloody battles here before – such as the Suez Crisis, the Yom Kippur War and the Six Day War – which is why it is now a demilitarised zone. However, Israel agreed to relax the restrictions on military activity in the area to allow the Egyptian army to contain Ansar Bait al-Maqdis. It’s likely that Israel will further relax these restrictions, aware that Islamic State is getting far too close for comfort.

“ISIS is not just on the Golan, they are in Egypt as well, near Rafah, near our border,” said Prime Minister Benjamin Netanyahu, in response to the Sinai attack. “We are partners with the Egyptians, and many other states in the Middle East and the world, in our battle against radical Islamic terrorism. This terrorism is directed by two different entities: Iran, and the radical Shiites, and ISIS and the radical Sunnis, as well as factions like Hamas.”

The Sinai, as the land bridge between Africa and Asia, has always been strategically significant – just ask Moses. But its importance has been magnified since the construction of the Suez Canal in 1869, which has become one of the world’s busiest shipping routes (the canal now divides Egypt proper from the Sinai). If the fighting in the Sinai intensifies, there’s a real fear that shipping may be disrupted, with a potentially devastating effect on global trade.

As if to underline how seriously it is taking the situation, the United States has unfrozen $1.3 billion in military assistance – suspended after the coup which brought Sisi to power – to allow Egypt to better combat the Islamic State threat.

Although all these concerns are justified, and necessary – if the IS, in all its iterations, has taught us anything, it is to never underestimate it – it’s still important to remember that the group operating in the Sinai is not the same as that in Iraq and Syria, or even Libya for that matter. Ansar Bait al-Maqdis is waging a dangerous and effective guerrilla war against the Egyptian state; it doesn’t control significant territory, like in Iraq and Syria, nor is it at the stage where it is establishing a parallel government like in Libya. The situation in the Sinai must deteriorate considerably before it can be realistically considered part of the Islamic State caliphate.

It is, however, a statement of intent to do just that, and comes just days after the deadly attack on the Tunisian resort town of Sousse. The message is clear: IS is coming for North Africa. Who’s going to stop it, and how? DM

Photo: Smoke rises on the Egyptian side of the border in northern Sinai, seen from southern Gaza Strip side near Rafah, 02 July 2015. EPA/MOHAMMED SABER