Cricket: Pink balls to the wall, first ever day-night Test is a go 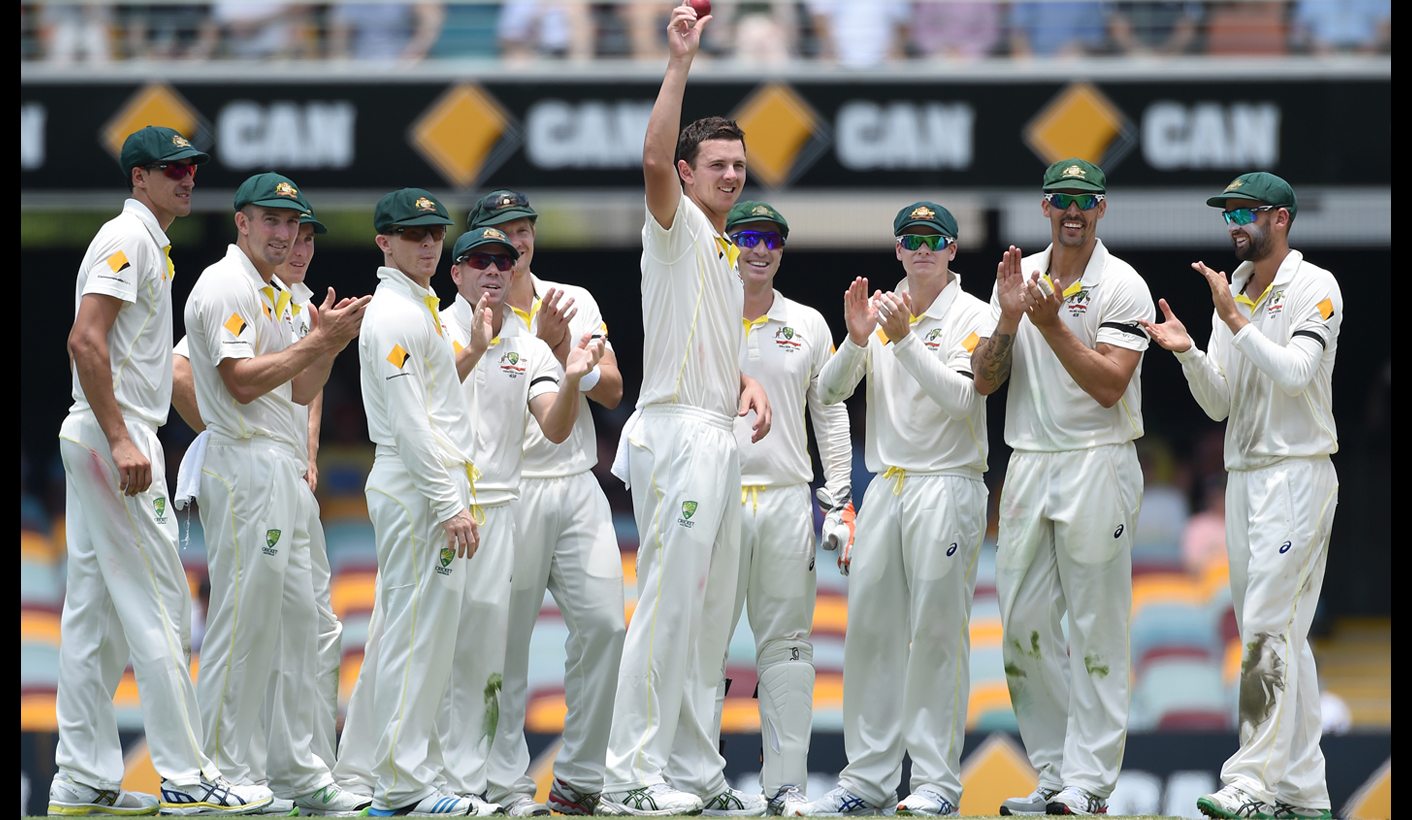 It’s been confirmed. Test cricket will see its first day-night Test played in November, when Australia and New Zealand square off in day-night Test in Adelaide. It’s something that’s been a long time coming, and something that might take even longer for fans to get used to. By ANTOINETTE MULLER.

If you’re a Test cricket fundamentalist who turns his or her nose up at the shorter format of the game and reminisces about the “good old days” of Tests while wearing a cable-knit jumper from the 1980s, look away now. It’s official: day-night Tests are here. Or, more precisely, one day-night Test. Despite much fanfare from the New Zealand players via their players’ association, New Zealand and Australia confirmed on Monday that they would become the first two teams to take a leap into the unknown and play the first ever day-night Test when the two sides meet in Adelaide late November.

The confirmation comes after years of trial and error, and after a stern push from Cricket Australia to make the dream a reality. Heath Mills, head of the New Zealand Players’ Association, believes that although the players are cautious, they can see the overall benefit.

“It’s fair to say our players are nervous about the day-night Test. It’s uncharted territory and because of that there will be uncertainty and apprehension,” Mills said. “However, whilst the players have reservations about the concept, they can see the bigger picture in the new agreement, and the greater good it brings to all levels of the game.”

Some of the trepidation is around the ball that will be used. The ball, which will be pink, has been trialled everywhere from South Africa to Dubai and in Australia’s domestic cricket. How the ball holds up will be one of the biggest challenges. Early trials saw many players complain about the condition of the ball deteriorating far too quickly, but Cricket Australia are convinced they’ve nailed the equipment.

“We’re really confident with the work that’s been done over the past few years. We’ve had two successive seasons of Sheffield Shield cricket where pink balls have been trialled. We’ve worked very closely with the Australian Cricketers’ Association and Kookaburra in the development of the ball and its continued upgrade to make it ready,” explains James Sutherland, CEO of Cricket Australia.

Hours of play is another sticking point. Cricket Australia have not confirmed what times will be for the groundbreaking Test, but the day-night Sheffield Shield games started at 14:00 and ended at 21:00, with lunch (a very late lunch) taken from 16:00 – 16:30 and the dinner break from 18:30 – 19:00. Any player who has played some sort of one-day cricket will not have too much trouble with the timings, but time will tell how it will affect players across five days. Excess dew on the outfield is also an issue and certainly not one usually associated with Test cricket. However, considering sunset in Australia can be after 20:00 in late November, so dew should not be too much of an issue.

Overall, the idea of day-night Tests is sound. Not only does it make viewing easier from time zones at opposite ends of the world, it also allows for spectators to catch a bit of cricket at the end of their work day, be it on TV or via a detour on the way home from work. It is something the Australian contingent, including Coach Darren Lehman, has strongly supported.

Fans, too, have mostly embraced the idea, but there will always be pockets of people who feel that traditions simply should not be tampered with. This is, after all, nothing like the Test cricket everyone has all come to know and love. It’s not even like it’s a bastardised shorter format, something you can turn off from if you don’t like it. This is the pinnacle of the game being taken and turned on its head, largely with the bottom line in mind. It will completely change the way captains think about tactics and, if it is successful in TV ratings and drawing bums to seats, it could revolutionise the way cricket is played forever. Now, of course, the game has gone through changes in the past, but no move quite as maverick as this. DM

Photo: Australia’s Josh Hazlewood (C) shows the ball after taking his fifth wicket, Indian batsman MS Dhoni for 33 runs on day two of the second Test match between Australia and India at the Gabba in Brisbane, Australia, 18 December 2014. EPA/DAVE HUNT