Marikana Report aftermath: ‘This is too painful’ 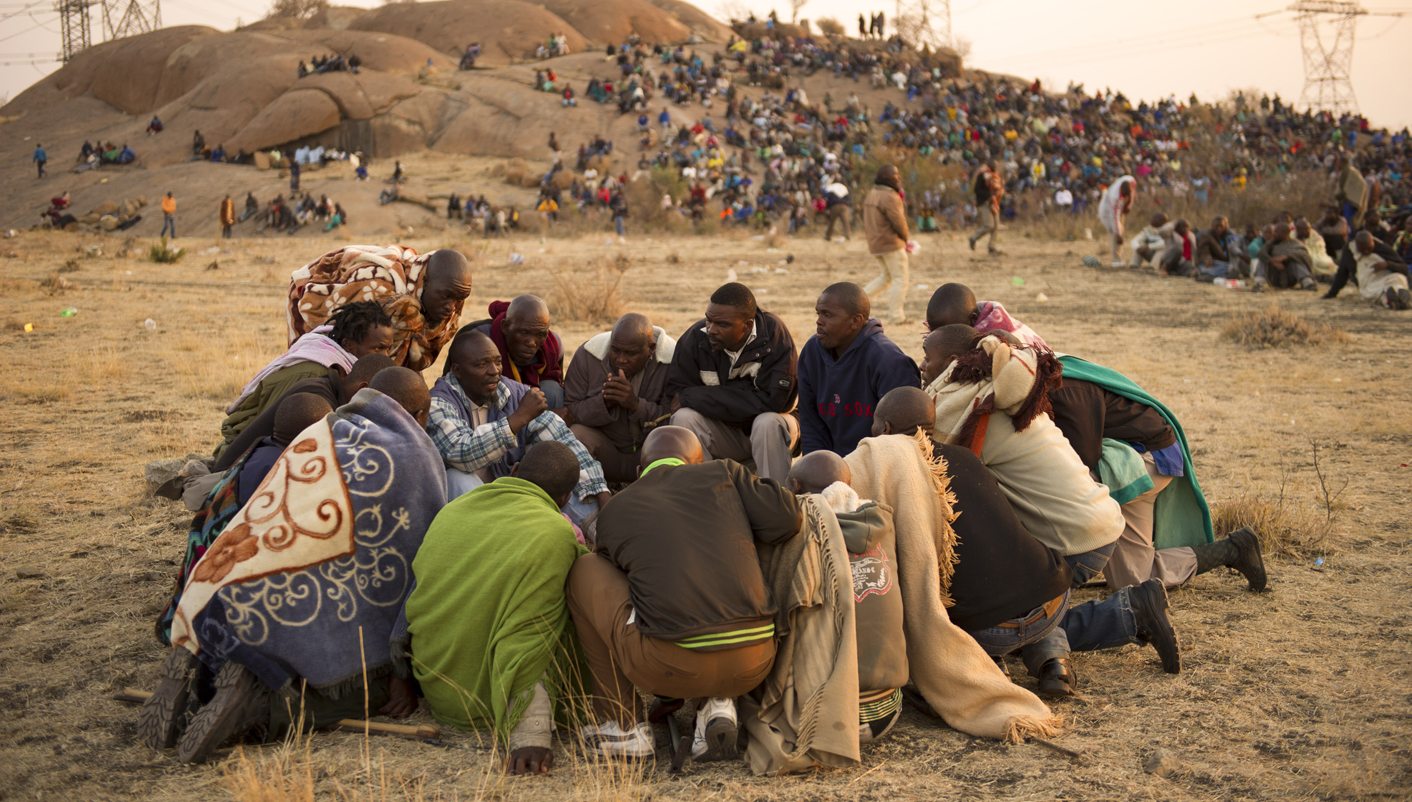 Days after President Jacob Zuma released the Marikana Commission of Inquiry's report, the bereaved are still searching for answers. While their pain looks set to continue as they search for justice, opposition parties have been critical over the president's handling of the issue. By GREG NICOLSON.

Nosakhe Nokamba wasn’t prepared for the Marikana report’s release on Thursday. While leaving work at Lonmin, she heard that Zuma would make the announcement. “It was difficult trying to find a place to watch it,” said Nokamba on Sunday. Her husband Ntandazo Nokamba was killed on 16 August 2012 in the massacre. Nokamba and others tried to get to a Lonmin hall to watch the broadcast, but it didn’t work out. In the end, they tried watching it on a laptop, “but we could not understand the English properly”.

“When we got an idea of the findings we all cried because it felt like Zuma was saying yes to the police killing our people,” said Nokamba, after the relatives of the victims were briefed on the report by lawyers over the weekend. She still questions why rifles rather than rubber bullets and teargas were used. “The whole country saw the police murdering our husbands. This is too painful and we need it to pass.”

Since President Zuma released the Marikana report last week, many of the relatives of those who were killed, and the surviving victims, continue to despair and are turning to new claims for justice. Despite accusations against Cyril Ramaphosa and ministers, the politicians involved have been exonerated by the report, while there are recommendations to hold an inquiry into Police Commissioner Riah Phiyega and now-retired North West Police Commmission Zukiswa Mbombo’s fitness to hold office. The report recommends a panel investigate charges against police officers involved in letting the killings continue and those who pulled the trigger, though the report suggests the shooters can only be charged with attempted murder rather than murder due to evidence challenges.

Betty Gadlela, whose husband Stelega Gadlela was also killed in Marikana, was in Wonderkop when she found out the report was being released. “We were not expecting that kind of report back from [retired judge Ian] Farlam. I’m also disappointed with Zuma because of the way he’s been speaking about the deceased miners,” she said over the phone on Sunday. Other relatives of those who were killed in Marikana, whom the Daily Maverick contacted, did not feel ready to speak on the report.

The widow of Thabiso Mosebetsane, Ntombizolile Mosebetsane, complained to City Press that after the release of the report she still does not know who killed her husband. “For two years I have given up my life for this. I literally abandoned my children coming to this commission, hoping we would get an answer on what happened to their father. Yet today, I still don’t know.” The second-in-command during the Marikana strike, Xolani Nzuza told the newspaper he watched the president’s address from a Lonmin boardroom, but as load shedding hit Marikana the TV was dead. “That is what we spent two years of our lives waiting for,” he said, believing the report exonerated ANC politicians and police but not mineworkers.

Opposition political parties have criticised the report and Zuma’s handling of the issue. Democratic Alliance (DA) leader Mmusi Maimane on Sunday said the report has done little to offer closure on the tragedy and said called it a “disgrace” that Zuma “has taken no substantive action to right this terrible wrong”. Among recommendations, the party called for Parliament to be recalled to discuss the Marikana report, to assign political responsibility to former Minister of Police Nathi Mthethwa, dismiss Phiyega immediately, and introduce a Bill to ensure the dependants of the victims receive compensation.

Reacting initially to the release of the report, the Economic Freedom Fighters (EFF) called Thursday evening “the saddest since the dawn of democracy in 1994”. The party asked what’s different about this commission when compared to those under Apartheid related to the Sharpeville Massacre, Soweto in 1976, or the Vaal uprising. “The report has not put any blame on anyone; it has not called on anyone to apologise and it has not recommended reparations for any of the lives lost,” said EFF spokesperson Mbuyiseni Ndlozi.

The report makes significant recommendations for Public Order Policing, found severely wanting in its ability to handle the strike without the loss of life. Amandla.mobi has already established a petition calling for the police to stop using R5 rifles, responsible for many of the killings.

While its recommendations are broad and no politicians are held responsible, the Marikana Commission of Inquiry report does find that Lonmin failed to negotiate with or protect its workers and also opens up the possibility for the prosecution of SAPS officers. It recommends a team be led by a senior state advocate with independent forensic experts to investigate potential criminal charges of all killings. Police leaders were also criticised for their conduct at the commission.

It could take years, however, for charges to be heard against police officers and Zuma must still act on Phiyega. In the meantime, the relatives of those killed and the injured and arrested mineworkers are likely to soon launch a civil claim for compensation, another issue many hoped the commission would resolve but which still needs to be addressed. DM