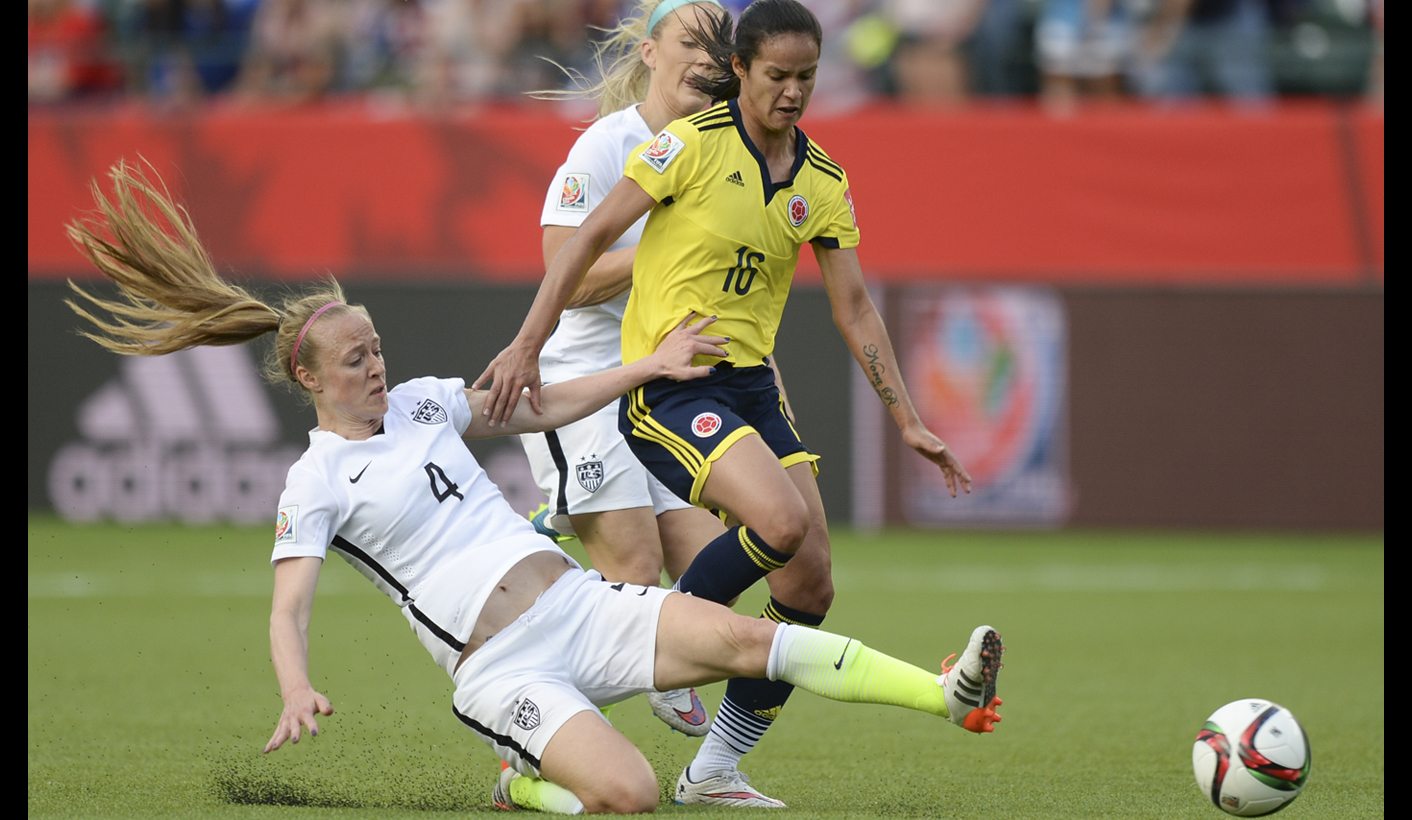 The Women’s World Cup has drawn some impressive viewership figures in the United States. It’s not being broadcast in South Africa, but those who are in charge of making broadcast deals, particularly for the public broadcaster, should take note. By ANTOINETTE MULLER.

Did you know that a Women’s Soccer World Cup was currently on? No? Well, you’re forgiven. South Africa did not qualify and SuperSport aren’t broadcasting the tournament, reportedly because they couldn’t reach an agreement with FIFA over rights.

The pay-TV broadcaster will argue that interest in women’s football remains limited and thus the ROI on broadcast a World Cup simply isn’t worth it, but that line is increasingly growing tired. During the 2012 Olympics, Banyana Banyana matches were one of the most watched events in South Africa and in the United States, the women’s World Cup has been smashing broadcasting records.

American broadcaster Fox said that through the first eight games of the World Cup, there was a 73% viewership increase from the same games in 2011. The first eight games pulled over 1 million viewers. The boost is far better than the 41% and 46% increases ESPN saw during the men’s World Cup group stages in 2010 and 2014 respectively. FIFA’s YouTube channel, which shows content such as pre-match line-up graphics and live streaming of team press conferences, is also well on its way to its best-ever month in terms of traffic.

There are a number of reasons for the broadcasting success in the United States. It’s partly down to the fact that whenever the USA are winning at anything, people will flock to watch. Considering the success of the men’s soccer team in recent years, the knock-on effect to women’s soccer is only natural. Time zones also play an important role: the tournament is being played in Canada and with the close time-zone proximity between Canada and the United States, people are more likely to tune in if the time zone doesn’t require needing to set alarms for ridiculous hours in the morning. All in all, though, one thing worth considering is access to the content. Fox is available in over 90% of households in America.

This can even be traced back to the days before cable. The 1999 Women’s World Cup final between the USA and China was watched by an almighty 17,975,000 viewers.

Women’s footballers have plenty of issues to deal with. Who can forget Sepp Blatter’s comment a few years ago that “maybe they should just play in tighter clothing”? Then there are the casual sexist comments that they suck at sport (and just aren’t as good as men) or that they are a bunch of lesbians, the kind of sexism the Norwegian women’s team shut down with pizzazz in a great satirical video. Then there is the issue of the artificial turf which women have to play on. Unlike the men, for whom grass is demanded for their soccer playing exploits, FIFA are content to let the women play on artificial turf. The fake grass can get much hotter than normal grass, with the pitch for the opening game registering almost 50 degrees Celsius. The combination of rubber and plastic gets far hotter than normal grass and also comes with a few more burns as a result, as US women’s player Sydney Leroux Dwyer pointed out in a Tweet. The jury remains out on the overall assessment of the pros and cons of the pitch, with most evidence on whether or not it is worse for potential injuries remaining anecdotal, and most of the research being done by those in the industry. However, what is clear is that most of the women’s players have voiced their concerns over it and even considered suing FIFA because of it.

As if all of that casual sexism weren’t enough, women still constantly have to battle with the old argument that “nobody is interested in watching women’s sport”, despite clear evidence to the contrary. Exposure for women’s sport is severely restricted and without exposure, the game will stagnate. That’s why the viewership figures from this year’s Women’s World Cup are so significant. It’s about time broadcasters realised their initial investment in rights would be absolutely worth it.

The next edition of the Women’s Soccer World Cup will be held in France in 2019, a far more enticing time zone for those at the southern tip of Africa. Whether Banyana Banyana manage to qualify or not shouldn’t matter to a free-to-air channel (here’s looking at you, SABC) willing to take a punt on a deal that has the potential to bring in some lucrative advertising. DM

Photo: Becky Sauerbrunn (L) of USA lunges at the ball with Lady Andrade of Colombia during the FIFA Women’s World Cup 2015 Round of 16 match between the USA and Colombia in Edmonton, Canada, 22 June 2015. EPA/MIKE STURK.