Parliament Diary: ANC gets a bashing over Bashir

Parliament Diary: ANC gets a bashing over Bashir 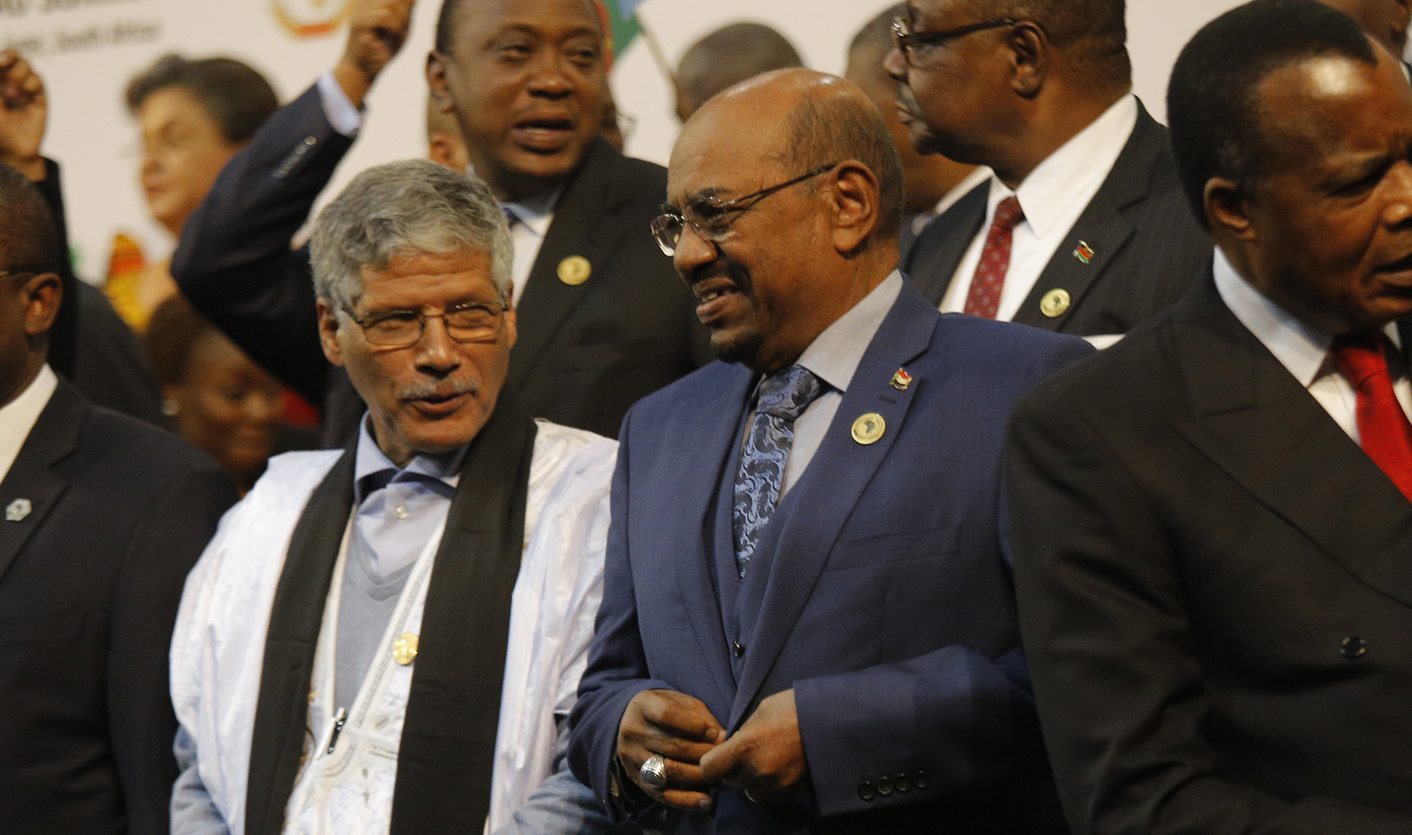 In a special debate held in the National Assembly on Tuesday, opposition parties tore into the ANC about the failure to detain Sudanese President Omar al-Bashir in South Africa after a court order mandating this. While the institution of the ICC came in for some skepticism from sections of the opposition, there were harsh words for the government’s apparent disregard for South Africa’s own rule of law. ANC MPs remained defiant in the face of criticism – and hinted strongly that South Africa may leave the ICC. By REBECCA DAVIS.

It was a National Assembly sitting that started with the ANC benches virtually empty but ended with them packed, their MPs roaring approval of the speakers who dutifully took it in turns to defend the government’s stance on al-Bashir.

It seemed initially that the debate might never get off the ground at all, thanks to the invocation of Parliament’s favourite safe-word(s): sub judice. Only a few minutes into the first address by DA MP Stevens Mokgalapa, Deputy Speaker Lechesa Tsenoli halted proceedings to remind the House that because the al-Bashir matter was still before the court, its merits or lack thereof could not be discussed.

DA Chief Whip John Steenhuisen pointed out that the matter had already been before the court and a judgement had been handed down. On Monday 15 June, a three-judge bench of the North Gauteng High Court had ordered the arrest of al-Bashir, following an interim court order the day before compelling the state to implement measures to prevent his departure.

Deputy Justice Minister John Jeffery said that it should still be considered as being in front of the court, because the government has not yet presented an affidavit explaining why al-Bashir was allowed to leave. This is expected to happen on Wednesday, and thereafter government figures could be charged with contempt of court for violating a court order.

Tsenoli insisted this was sufficient reason to treat the discussion of the matter in the National Assembly with caution – though he did permit frank and at times brutal assessments of events from the opposition. Only IFP MP Albert Mncwango was cautioned for potentially falling prey to pre-empting the findings of the court.

The DA’s Mokgalapa accused the South African government of having squandered its reputation as the defenders of human rights. “Let us, for a moment, think about what allowing Mr al-Bashir to evade the law means to the 300,000 people who were murdered and the two and a half million people who were displaced in Darfur,” Mokgalapa said. He accused ANC leadership of taking the “moral low-ground”.

But other opposition figures were quick to state that one could disapprove of the government’s actions while still having no truck with the ICC.

This was the position taken by Floyd Shivambu for the Economic Freedom Fighters. Shivambu criticised both the ICC – for its “selective prosecution” of Africans – and the legal organisation which took the government the court (the Southern Africa Litigation Centre). Shivambu described it as “naïve” of SALC to think that the government could arrest a serving head of state.

Shivambu had some recommendations for leaders that the ICC should prosecute next: among them Tony Blair, George W Bush, Benjamin Netanyahu – and Jacob Zuma and Cyril Ramaphosa. If the ICC wanted to arrest al-Bashir, Shivambu said that the court should go and get him in Sudan. At the same time, Shivambu strongly criticised the South African government for believing that it could disregard court orders.

The UDM’s Bantu Holomisa also voiced concern about the ICC’s credibility, saying that the court had to establish “a common approach to international justice”. But he said the UDM stood firmly with the victims of human rights atrocities, and called on South Africa to clarify its foreign policy “unambiguously”.

COPE leader Mosiuoa Lekota was in the mood to spit fire when he took to the podium. Nobody had forced South Africa to sign up to the ICC, he pointed out. “When we ratified the Rome Statute we were not compelled by anyone. We did so of our own accord!” If we didn’t want to obey its obligations when the chips were down, Lekota said, why didn’t we ask the hard questions when we were signing it?

“The oaths you made mean nothing!” Lekota yelled at the ANC caucus. “You lied to us! You said you would uphold the law and the Constitution! Now we are ashamed before the nations of the world!”

The ANC’s own MPs also came out fighting, however. Cooperative Governance and Traditional Affairs Deputy Minister Obed Bapela was insistent that the ruling party remained committed to human rights and the rule of law, to hoots of derision from the opposition. Bapela said that “those responsible” for the hundreds of thousands of deaths in Darfur must still “account”.

But he stressed that South Africa had commitments to Africa as well as the international community, and also had an obligation to strengthen continental institutions like the African Union.

“The day someone is arrested at the AU, it’s the death of the AU,” Bapela said. He pointed out that the same would hold if leaders knew they were at risk of being arrested at meetings of the UN.

Small Business Minister Lindiwe Zulu also employed an Apartheid analogy, saying that if the ANC had chosen justice over peace – the way the opposition was calling for with al-Bashir – then things would have turned out quite differently for, by implication, white South Africans.

“We say to you: History will absolve us,” Zulu said repeatedly, speaking of the need for a strong Africa “driven by its own citizens”. The decision not to cooperate with the ICC was taken initially by the AU, she reminded parliamentarians. Zulu also scoffed at the notion that South Africa would detain a serving president: “Can these members really think we are going to arrest a head of state?” she asked. “They must think again.”

Deputy Justice Minister John Jeffery maintained that al-Bashir had immunity to attend the AU as an acting head of state. He pointed out that Nigeria has previously also failed to arrest al-Bashir, and was subsequently absolved of responsibility by the ICC because Nigeria argued that he was in the country not on Nigeria’s invitation but on the invitation of the AU, to attend a special summit on health.

Quoting political analyst Steven Friedman, Jeffery demanded to know how a country was supposed to prevent a foreign head of state from leaving. “You are basically declaring war,” he said.

Jeffrey reiterated criticisms of the ICC as being used as a political tool by Western powers, and claimed that the ICC today is “not the court we signed up for”.

The Rome Statute should be reviewed, he concluded, to a standing ovation from his fellow ANC MPs. Bapela had earlier made a similar statement. As voluntarily as South Africa signed up for the ICC, Bapela said, it could leave. If the ANC’s concerns about selective prosecution and the like are not heard, South Africa will have no choice but to review its membership.

Let’s see what the court thinks of the government’s explanation of al-Bashir’s escape – though as we’ve seen, the government might not think much of the court. DM