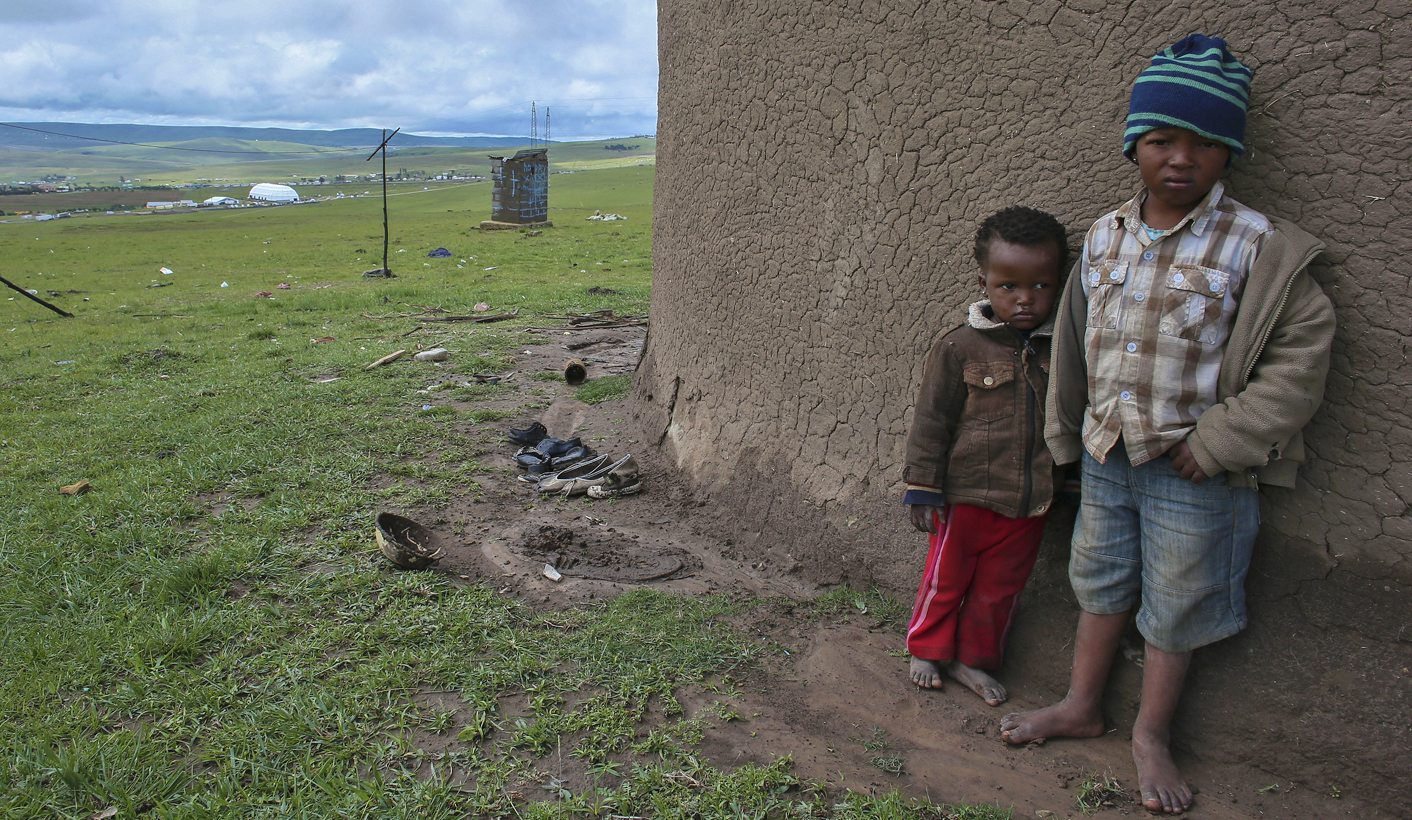 In South Africa, the intense struggle that followed the youthful uprising of 1976 aimed to create a South African Dream – a new country with new prospects for the generations ahead. Today, 21 years after the end of Apartheid, as the youth of the 1976 uprising slide into middle age, how real is that dream for the post-Apartheid youth? By MURRAY LEIBBRANDT AND PIPPA GREEN.

In the same decade that youth in South Africa rose up against Apartheid in their struggle for a better life than the one their parents had endured, across the Atlantic a Nobel-prize winning economist was calculating whether young people in the United States were actually living a better life than the previous generation.

In 1979, Gary Becker co-authored a seminal study that mapped correlations between parents’ earnings, occupations and education and their children’s. A study such as this could answer the question about the American Dream. Was it real? Could a child of a poor parent, given the opportunities, live a better life?

In broad terms, Becker’s answer was ‘yes’. There was a low correlation between a parent’s status and that of their child. This told a good story, one of a dynamic society where a new generation was not encumbered by their birth station.

As it happened, subsequent studies of intergenerational mobility by more left-wing American economists such as Sam Bowles, began to tell a different story: there was a much higher correlation between a parent’s education, occupation and income and their children’s than originally thought. In other words, children’s status was more heavily dependent on their parents, making the American Dream more elusive if you were born poor than Becker’s studies showed.

In South Africa, the intense struggle that followed the youthful uprising of 1976 aimed to create a South African Dream – a new country with new prospects for the generations ahead.

Today, 21 years after the end of Apartheid, as the youth of the 1976 uprising slide into middle age, how real is that dream for the post-Apartheid youth?

The numbers tell a mixed story. Mostly, it’s not a good one.

Researchers have scrutinised the data that comes from the National Income Dynamics Study the largest survey of its kind in the country that tracks around 28,000 South Africans every two years. All adults are asked in the survey to give details of their parents’ background.

In terms of education, the correlation between parents and their children is low – remember, low is good in this context. Children today attain significantly higher levels of schooling than their parents did. In an analysis of the first wave of data (collected in 2008), the figures showed that South African children now have, on average more than 10 years of education, compared with five to six years for their parents and just three years for their grandparents.

Moreover, the astonishingly high Apartheid racial gaps in education are shrinking. This is mainly because white attainment levels could not get much better than they were and African, and to a lesser extent coloured, educational attainment has improved considerably. Today, white parents have between three and 1.5 times more years of education than African and coloured parents but a generation back they had about 12 times more education than African parents. All in all, 62% of South Africans are upwardly mobile in terms of educational achievement – so nearly two thirds have better education than their parents.

But the same is not true for occupational mobility. And here’s the worrying bit: even though most South Africans have done better in terms of education than their parents, they have done no better in terms of occupational status. The correlation between a parent and a child in terms of occupation is high. This tells a bad story. It says that if your mother was a domestic worker, the chances are you will be one too. Or if your father was a blue-collar worker on the mines, you will probably be too or, even worse, you could be unemployed.

Two econometric studies by SALDRU researchers use the NIDS data to show the stubborn persistence of intergenerational mobility. One (by Leibbrandt, Malcolm Keswell and Sarah Girdwood) tracks carefully the relationship between educational improvements and occupational mobility. While education has an important effect on improving children’s life chances, at the end of the day the effect is not transformative enough to break the trajectory of inter-generational occupational mobility. In the other, Patrizio Piraino has examined the lack of earnings mobility across generations. He calls this immobility “earnings persistence” and finds that it is “high and significant” in South Africa. Much of it can be accounted for “by a continuing inequality of opportunity as reflected in the stubborn positioning of the white minority at the top of the distribution.”

In the labour market, the burden of Apartheid lingers onto the next generation.

The key question is why is this the case? Why has Apartheid-induced inequality reproduced itself across a new generation? Is the quality of education so poor, or is the labour market not providing the opportunities?

It’s probably a bit of both. Improving the quality of education from early childhood onwards is key and more so than ever before is the foundation of full, productive citizenship. But South Africa is not generating enough jobs for the youth, and those jobs that are there require skill levels that remain out of reach for most youth. Globally, this has been dubbed the race between education and technology. It is tragically clear that education is losing this race in South Africa.

Self-employment among youth is surprisingly low, which indicates that schools are not equipping young people to generate their own livelihoods even if this is to productively wait out the years before getting a formal sector job.

Some are not even equipping those youth with the skills they need for the less skilled jobs that are available in the formal sector. At a Youth Forum organised by UCT’s Poverty and Inequality Initiative late last year, a manager of a major retail chain said he was happy to hire young people with just a Grade 10 or 11 school pass. The problem was, he said, many of them lacked the skills of basic numeracy. For a company that needs goods counted and measured correctly, or accurate skills at the check-out tills, this inability can be a binding constraint.

Just as in 1976 when Apartheid failed most young people, so today our society is not doing enough to help them lead better lives. This doesn’t mean though that young people themselves are not trying to get ahead. The NIDS data shows that school-goers repeat grades again and again, although only half of them who began school in 2002 actually matriculated in 2013.

What does this all mean for policy? The National Development Plan, which spells out a vision for 2030, understood that the “youth bulge” is moving along in years and that the demand for more schools and Early Childhood Education may have peaked.

But now that bulge is entering a labour market that is not able to absorb them. So unless South Africa can generate more jobs, and unless it can reconfigure education, the “lost generation” will not be those of 1976, notwithstanding the sacrifices it made.

The real lost generation may be a post-Apartheid one, and that is an indictment of us all. DM

Murray Leibbrandt is UCT’s Pro-Vice Chancellor for Poverty and Inequality and the Director of the Research Project for Employment, Income Distribution and Inclusive Growth (REDI), a policy research initiative supported by the National Treasury. Pippa Green is a journalist who is a communications consultant for REDI and UCT’s Poverty and Inequality Initiative.