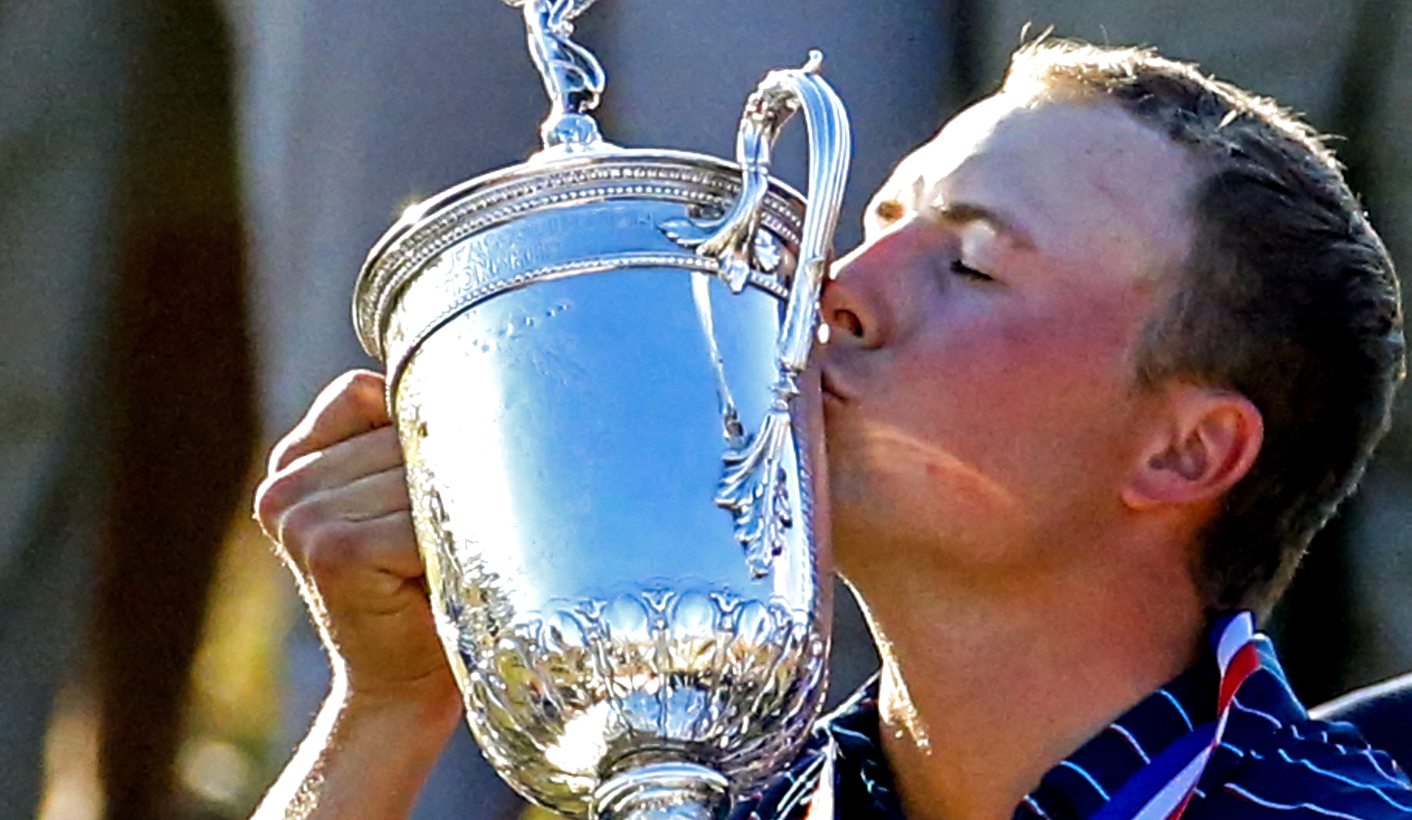 Jordan Spieth is fast-becoming golf’s new golden boy, a nickname he personally dislikes. But along with his Midas touch also comes the potential for a fascinating rivalry between him and another golden boy, Rory McIlroy. When the British Open rolls around, this duel will be fascinating to watch. By ANTOINETTE MULLER.

Youthful sporting prodigies, who rise to the top of their game at an age where most of us were still battling an identity crisis, are nothing new. Freakishly talented youngsters who achieve more in four days on the sporting field than most of us will in our lifetime are everywhere; still, that doesn’t stop you from squirming when their talent is re-affirmed.

Jordan Spieth is the flavour of the month after his emphatic Masters win was topped up with a single-stroke victory at the US Open on the weekend. He is the youngest Open champion in 92 years, since Bobby Jones in 1923 and the youngest to claim multiple major titles since Gene Sarazen in 1922. He joins Craig Wood, Ben Hogan, Arnold Palmer, Jack Nicklaus and Tiger Woods as the only people to have won Masters and the US Open in the same year.

“The focus this year was on the majors,” Spieth explains. “The goals were the majors. They weren’t on winning a certain number of times or getting into contention in a major. It was ‘let’s find a winning formula in a major’,” he told The Guardian’s Ewan Murray.

“There’s now a piece of golf history and, as a golf historian, that’s very special and it gives me goosebumps. It’s amazing. And just to think of what our team has been through, how fast we’ve risen to get on tour and to contend and win major championships, it’s amazing. And it gets better every week with our team.

“Those names are the greatest that have ever played the game and I don’t consider myself there. But I’m certainly off to, I think, the right start in order to make an impact on the history of the game.”

For a kid who dropped out of university to play golf three years ago, despite the fact that he comes from a family where golf wasn’t really a thing, it’s not been bad going. So far, he is raked in around $16 million in prize money. Named after Michael Jordan, his dad’s favourite athlete, golf’s new golden boy is grounded by a life that seems so completely normal. The nickname, ‘Golden Child’, is one which he personally dislikes. It was first bandied about during last year’s PGA Tour and has followed him around ever since.

“It was either Colt Knost or Robert Garrigus… I’m not sure who started with the nickname,” Spieth said on Tuesday during a break in his New York media tour. “But it’s not nice what I say to them when they say it to me. I’ve been working on trying to keep it quiet. And this week isn’t going to help,” he said after winning the Masters earlier this year.

The next big challenge for Spieth will be the British Open and it’s one which could ignite a fascinating rivalry between Spieth and Rory McIlroy. Although Spieth insists that rivalries aren’t really something he focuses on, it’s something that observers of the sport will long for.

“It’s awesome that the game is in young hands. I don’t think much of a rivalry, I’ve said that from the beginning,” AFP reported after his US Open victory.

“Rory has four majors and dozens of wins and I’m just starting out. I’m certainly quite a bit younger than he is. I’m just happy to have this all and to be chasing that number one spot which he holds. So I’m certainly focused on that.”

For McIlroy, that will almost certainly serve as a motivational nudge. He is only 26 and between him and Spieth, as the Woods era peters out, the age of young guns looks set to begin and Spieth insists he can only get better as St. Andrews looms.

“I can get more positive. I can improve in all aspects of my game, I believe that. It’s just about now looking to St Andrews and everything prior, how are we going to best prepare for it and how are we just going to fine-tune. It’s just fine-tuning, it’s nothing major, it’s just fine-tuning, and that’s what we normally have to do anyways. And there’s always a way to get better,” he told Murray.

“The grand slam is something that I never could really fathom somebody doing, considering I watched Tiger win when he was winning whatever percentage of the majors he played in. He won the ‘Tiger Slam’, but he never won the four in one year. And I figured if anybody was going to do it, it would be him, which he still can.

Photo: Jordan Spieth of the US kisses the Championship trophy following his win in the fourth round of the 115th US Open Championship golf tournament at Chambers Bay in University Place, Washington, USA, 21 June 2015. EPA/ERIK S. LESSER