When the wind changes: Vavi’s apology to Mbeki 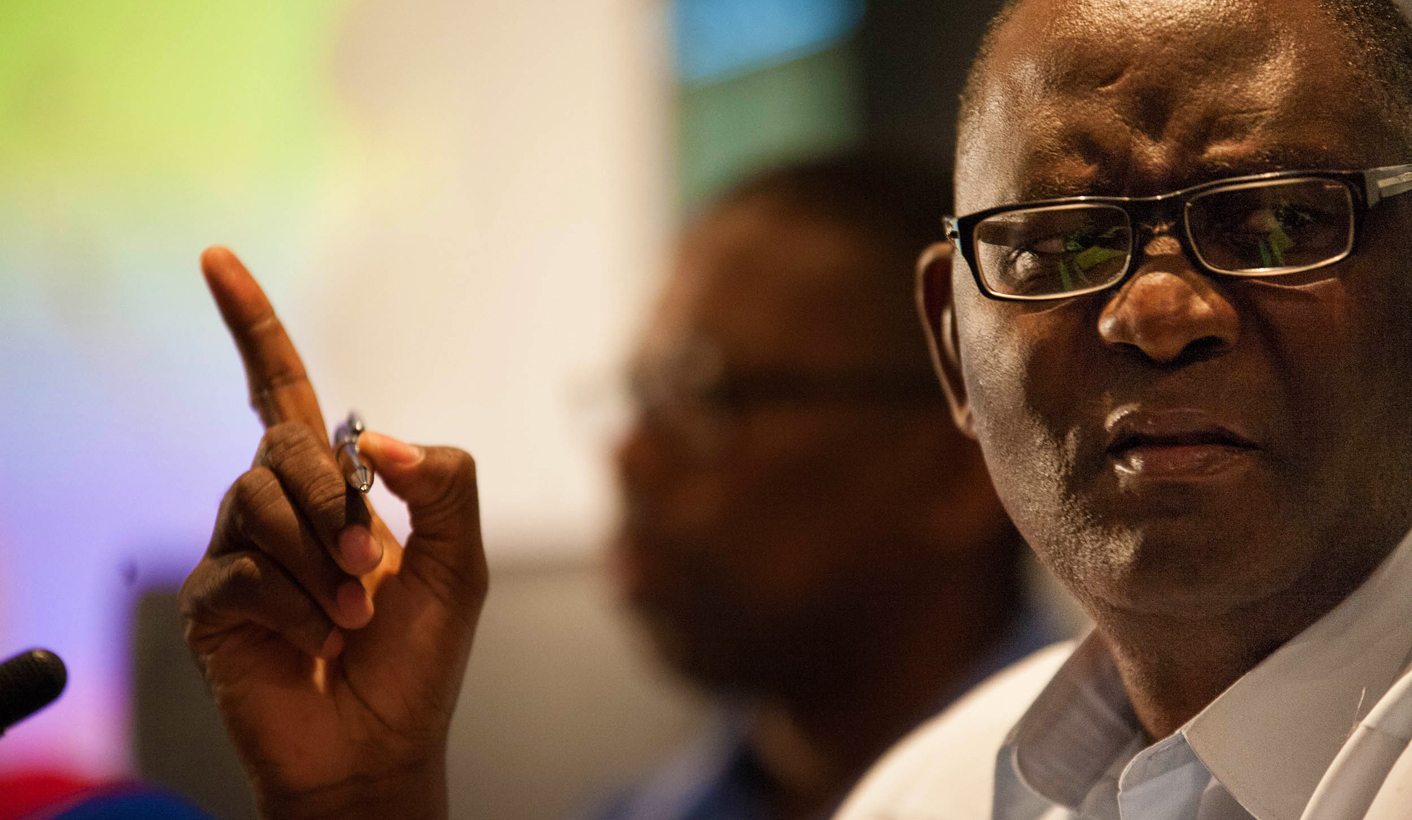 Former Cosatu General Secretary Zwelinzima Vavi has apologised to Thabo Mbeki for believing the conspiracy against now President Jacob Zuma was real. As surprising as it was, the apology raises many more questions. By GREG NICOLSON.

Will Thabo Mbeki, or Jacob Zuma, care much about Zwelinzima Vavi’s Thursday’s apology? Speaking to Power FM on Mbeki’s birthday, the former general secretary of Cosatu reportedly said ‘sorry’ to the former president for disagreeing with the over 700 charges of corruption laid against Zuma.

“I believed the charges were being made up by Mbeki and his clique… Ten years down the line I don’t believe in that any more‚” said Vavi. “I have to apologise for naively believing in that conspiracy theory. I apologise to Thabo Mbeki‚ in particular today at his birthday‚ that I really believed that this was all made up by him and the clique that he was leading.”

He continued, “I guess my hatred of the policies he was advancing made me blind to the other facts of life‚ such as the fact that there was no conspiracy‚ and I want to apologise for that.”

A few years ago, a statement like this could have been a game-changer. Vavi was one of the key supporters of Zuma’s internal ANC battle with Mbeki and a backer in Zuma’s 2009 election campaign, along with Julius Malema, a former ANC Youth League president, who now leads the Economic Freedom Fighters. Those backers widely supported claims that the corruption charges against Zuma were politically motivated, a conspiracy hatched by Mbeki to rid the party of his closest competitor.

Vavi said he regretted many of the things he had done: “Lots of things that I have done that are completely shameful that I regret having done‚ and the mistakes that I have committed that have shamed my family and that I felt I was being naïve into believing in the beginning.”

Among other alliance leaders to meet Mbeki on the Zuma issue, Vavi said he was never angrier. “I was there, absolutely never been that angry in my life‚ that comrade Jacob Zuma was going to be dismissed. I said, ‘how dare [he]?’ I had believed the conspiracy theory that Jacob Zuma was a victim of these shenanigans‚ this Machiavelli Mbeki was responsible for all the 783 charges that later the deputy president was to face. And naturally, as part of my instinct‚ I call it the working-class instinct‚ I threw myself with the victim. I always want to find myself next to those who are being victimised.”

Vavi also supported Zuma because of Mbeki’s ‘neo-liberal’ agenda. The former president continued the ANC line of supporting capital rather than socialist policy and in the process sidelined input from Cosatu and the SACP.

Now, and since the ANC’s 2012 Mangaung congress, which signalled an end in the alliance for the Cosatu leader, Vavi has been one of Zuma’s strongest critics. In August, he’s set to lead a march to the Union Buildings against corruption, against Nkandla. The organisers have been billing the march as one of the biggest we’ve ever seen: 100,000 people or more.

It seems obvious that if Vavi were not as critical of Zuma and his government, he might still be Cosatu general secretary. He also remains steadfast in his support of the workers and the poor.

The question of Vavi’s timing of the apology to Mbeki, with his march coming up, is intriguing, however. Why this and why now? Is it a call to ‘Mbeki-ites’ to join forces with the new grouping? Is it the general invite to former opponents to join forces against the common nemesis? It is difficult to know for sure. In his own words, Vavi is politically naive. His idealism is a positive force, and, accordingly, his moves might not be part of a bigger plan; maybe it was all just what it looked like, an apology from a man who realised he was wrong and he wanted the world to know it.

But at the end of the day, it does help Vavi’s current cause to possibly have another, still quite potent, ally on his side as he gets ready for another, possibly the biggest battle of his life. DM