Op-Ed: Al-Bashir – When government flouts international obligations and undermines freedom under the law 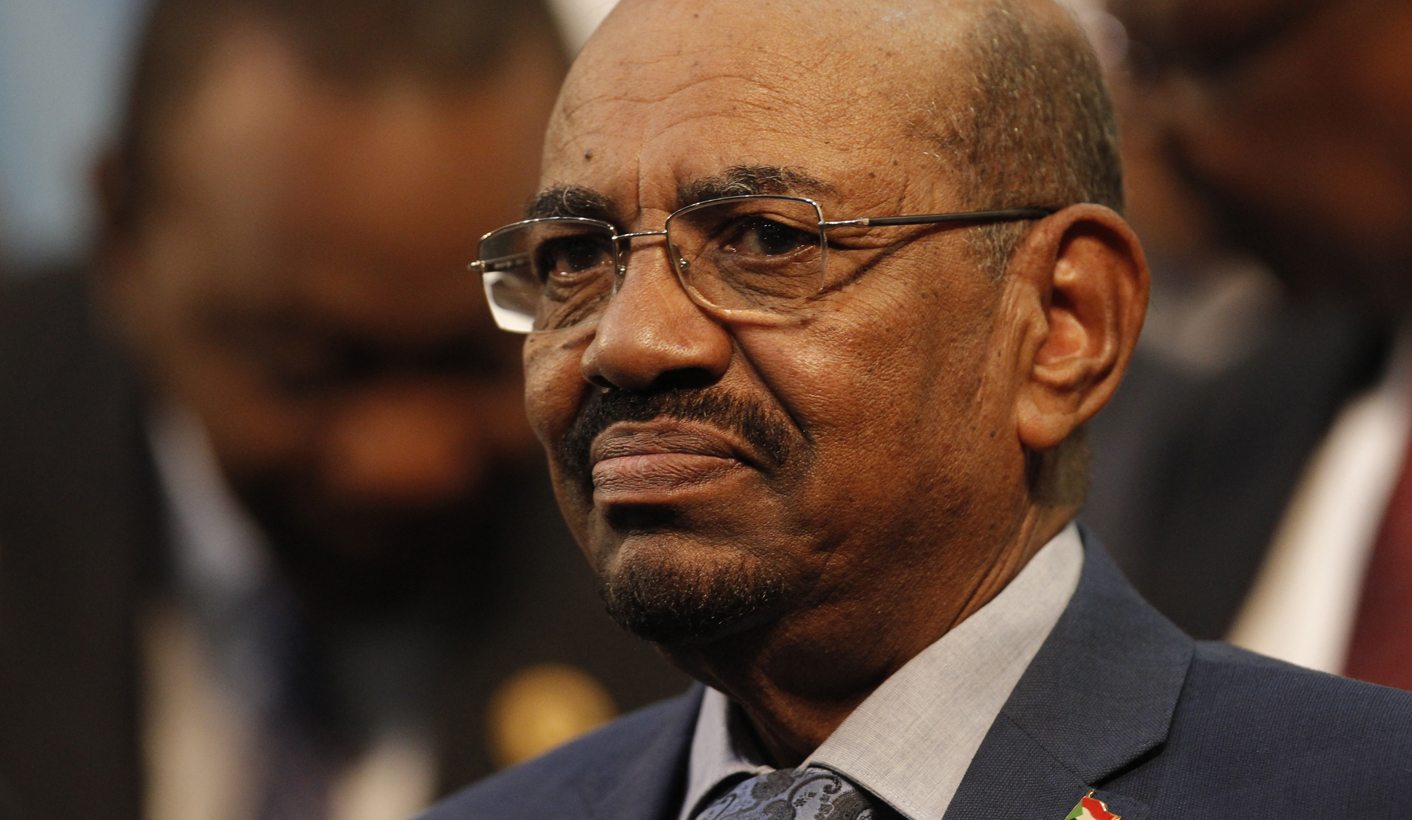 Defiance of a court order to assist Omar al-Bashir to escape prosecution on the part of the highest state organs ought to sound alarm bells. Whatever the international law implications of the warrant for the arrest of Bashir by the ICC, the South African government took steps to defy an order of court, and instructed its counsel to mislead the court as to the whereabouts of Bashir when they knew he was already on board a flight to Sudan from a South African military airbase. By RAYMOND SUTTNER.

When we won our freedom from Apartheid, in the sense of having the opportunity to all vote for the first time to elect a government to represent all the people of South Africa, we pledged ourselves to advance freedom inside the country and internationally. This was in line with the humanist and universalist vision of the Freedom Charter, the new Constitution and the countless celebrated human rights documents in history and emanating in more recent times from the United Nations, other states and organisations. We chose to align ourselves totally differently from previous South African state entities, on the side of the weak and the poor in our own country but also as far as we could externally, through our foreign policy.

In order to do this, domestically, we adopted a Constitution that would reign supreme, a Constitution that enshrined these democratic and emancipatory values in order that no individual no matter what his or her status, nor any organ of state, would stand above the Constitution that enshrined our liberties. This was a departure from the notion of “seizure of power” inaugurating a state of popular power or a “dictatorship of the proletariat” supplanting a “dictatorship of the bourgeoisie” or a range of other notions that held some sway amongst those who grew up in the revolutionary traditions of the ANC and SACP.

When the ANC was unbanned, the liberation movement had drawn some lessons from the experience of other states where “bourgeois rights” were downplayed as of little value compared with having socio-economic rights that “really mattered” and notions of the separation of powers and the independence of the judiciary were viewed with some reserve. These were sometimes depicted in revolutionary discourse as creating enclaves where “counterrevolutionary forces” could use supposedly independent institutions to supplant the power of the people. Instead of remedying the oppression of centuries, they were used to undermine hard won gains and to entrench the privileges of the past.

In post 1994 South Africa we opted for a Constitutional state and entrusted the judiciary with powers to rule on whether actions by any state organ violated the law and thereby the hard won freedom of all, for freedom and the law were seen as not identical but inextricably bound.

Freedom is, of course a much broader and deeper notion than the law, the latter being confined to regulation of rights and settlement of disputes within a specific frame of reference. Freedom is a concept referring to a never-ending quest for greater and broader opportunities for human fulfilment, a quest without an end, one with implications for law but going wider. But freedom is also fragile, for it can be reversed unless we are vigilant. While freedom goes beyond the law, insofar as some freedoms are defended by law, that is an important safeguard against setbacks. For that reason, a legal and judicial system that is linked with a people’s freedom needs itself to be defended from attacks.

That being so, one of the reasons why defiance of a court order to assist Omar al-Bashir to escape prosecution on the part of the highest state organs ought to sound alarm bells. Whatever the international law implications of the warrant for the arrest of Bashir by the International Criminal Court (ICC), the South African government took steps to defy an order of court, and instructed its counsel to mislead the court as to the whereabouts of al-Bashir when they knew he was already on board a flight to Sudan from a South African military airbase. All of this, according to AU Chair and Zimbabwean President Robert Mugabe, who had not been contradicted by South African authorities, was premised on President Jacob Zuma assuring al-Bashir that if he arrived in South Africa he would not be arrested.

This attack on the courts is one casualty within a wider series of events surrounding the ICC’s warrant for arrest issued against al-Bashir for crimes against humanity committed against the people of Darfur involving multiple murders, rapes and other crimes. We know from the successful efforts to secure the declaration of Apartheid as an international crime that before state or individual practices can be so named they must comprise not merely random and arbitrary actions of individual officials, but systematic and consistent attacks that comprise great harm to people. There has been little defence by South African jurists or politicians of al-Bashir against this charge, and the crux of most defences of the recent action relates to double standards; that George Bush and Benyamin Netanyahu are free while al-Bashir is a hunted man. That is not a rebuttal of the charges against al-Bashir, whatever it may say of the practices of these other states.

South Africa played an important part as a sovereign state in establishing the ICC and was one of the few states in Africa to both sign and ratify the treaty. Even further, South African made the responsibilities provided in the statute of Rome part of its domestic law. It was thus bound even more tightly than most other states in its duty to assist the ICC in bringing al-Bashir to court.

Consequently, when al-Bashir set foot in South Africa as a signatory, being a state that had ratified the ICC treaty and had incorporated the treaty into its domestic law, the South African state was legally bound to take steps to arrest al-Bashir. There were no powers to waive this responsibility by virtue of the African Union (AU) having a supposed zone of diplomatic immunity. Neither the AU nor the South African government have that power. If they truly believed that why did they act with stealth in smuggling al-Bashir out of the country and why did they need to deceive the court?

It is said by some that the ICC is a Western court wreaking vengeance against the states of Africa, peoples who are now experiencing recolonisation through the processes of law. Certainly it would have been preferable for the United States to have been silent, in the light of its own international human rights practices. It has not signed the Rome treaty nor has it ratified any human rights treaty as far as this writer is aware. It fears that it could find itself in the same situation as al-Bashir by subjecting itself to the jurisdiction of any court or having to account for its many human rights violations by undertaking obligations under any treaty. So the United States and its protégé Israel have ensured that they are far away from any situation where they could be held accountable for their many acts, which violate international law.

That does nothing to remove the obligations that South Africa has undertaken voluntarily as a sovereign state; acts that have been in effect for over a decade. If there were any reservations that it may have had, the proper course would have been to withdraw from the treaty while providing clear reasons for such action.

International law depends on states abiding by agreements. In the 19th century it was possible to acquire states or territory through the use of force. Gradually that diminished after WWII, though in a unipolar world the power of the mighty has undermined that rule of non-use of force in international relations and we have seen acts of aggression by powerful states proliferate.

Over the wars in Kosovo and Iraq, amongst others, South Africa took stands on the basis of defending the law of peace and non-aggression. But the sanctity of peace is part of states abiding by mutual agreements for governing their relations between one another.

The al-Bashir affair must throw serious doubts over the seriousness of the South African state as a party to international treaties. It demonstrates that its signature – its stated commitment to adhere to obligations – rests on a flimsy basis, easily overridden whenever politicians find it convenient.

The defiance of a court order and the willingness to deceive the court comprises an attack on our Constitution and legal system, and that is yet another attack on our hard won freedom. The fixation with double standards, which there are in relation to the more powerful states, camouflages what this means for us in South Africa. For those who are not alarmed it is time that they focused on the arrogant manner in which our liberties are being undermined. Undermining courts charged with defending our Constitution represents an attack on legality and on the freedom that that legality embraces. DM

Raymond Suttner is a professor attached to Rhodes University and UNISA. He is a former underground operative and political prisoner. He writes contributions and is interviewed regularly on Creamer Media’s website polity.org.za. He has recently published Recovering Democracy in South Africa (Jacana). His twitter handle is: @raymondsuttner.