Analysis: Is the International Criminal Court biased against Africa? 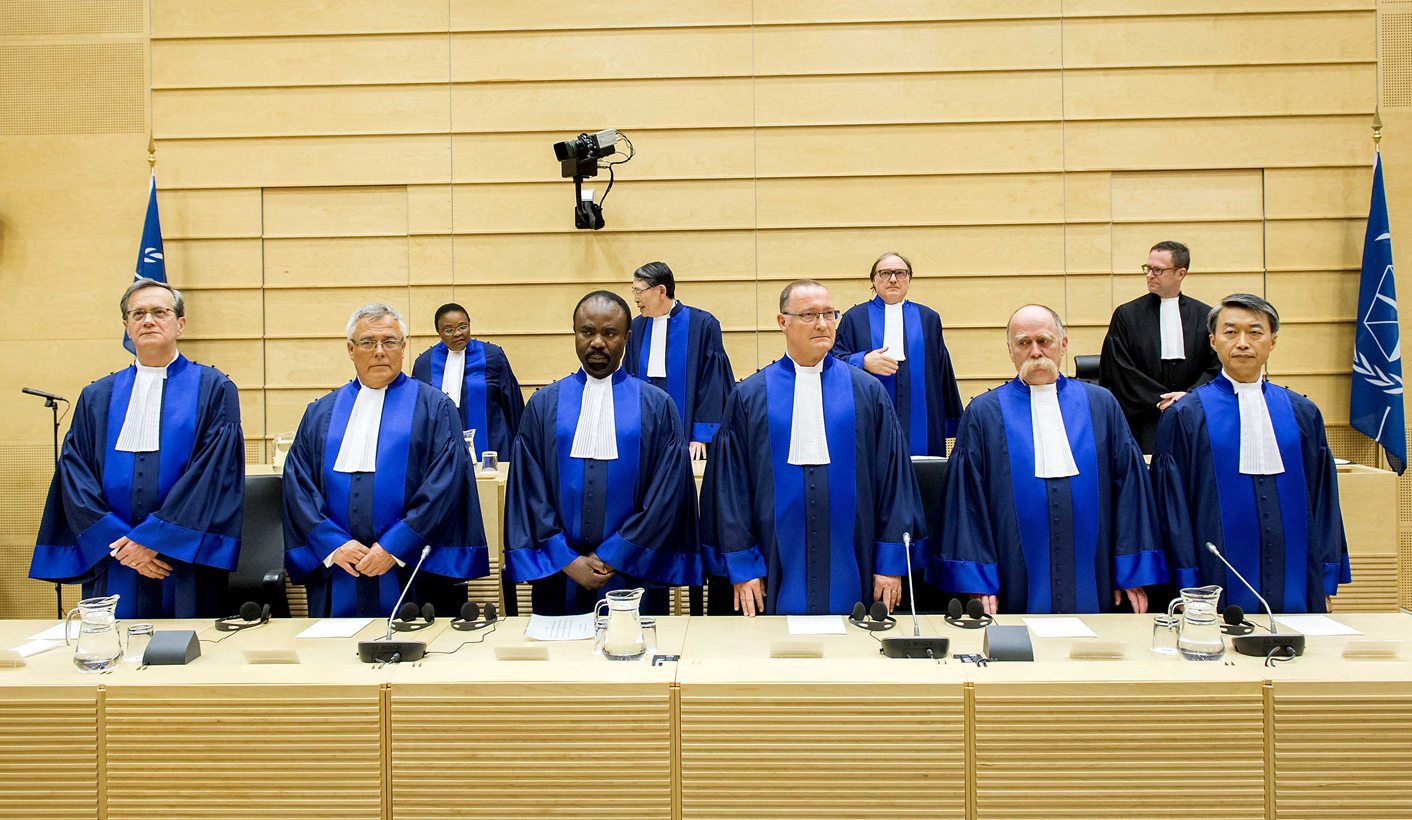 There is little doubt that the South African government violated the law by letting Sudanese President Omar al-Bashir leave the country. In the wake of the controversy, however, it has been made clear that many South Africans sympathise with the view of the African Union that the body which issued the warrant for al-Bashir’s arrest – the International Criminal Court – is racist. Is this view justified? By REBECCA DAVIS.

The ICC has received more than 9,000 complaints about alleged crimes in more than 139 countries, yet its singular focus seems to be on Africa. All the countries where the ICC has opened investigations to date are on the African continent.

“At a time when there is conflict in the Middle East, Asia and Latin America, and when the armies of many Western nations are getting up to all sorts of bad things around the globe, to have a war crimes court which only investigates blacks really is as perverse as it would be to have a court in Britain that investigated black burglaries and ignored white ones,” Brendan O’Neill wrote in 2012 in The Telegraph, a normally conservative British newspaper.

Taken at face value, it’s not hard to see why the AU has been a vocal opponent of the ICC’s indictments. Despite appearances, the ICC doesn’t only seek out African war crimes to investigate. It is also undertaking preliminary investigations in countries like Colombia and Afghanistan. Even if the court did decide to open investigations in these countries, however, it would still face the charge that it never wants to prosecute rich and powerful Western nations. Where is Tony Blair’s indictment? critics ask. Where is George W Bush’s?

The latter question is easily answered: the US, despite sounding off about South Africa’s failure to arrest Omar al-Bashir, has not ratified the 1998 Rome Statute – the treaty founding the International Criminal Court. The USA’s refusal to do so is understood as stemming partly out of concern that its foreign troops would face prosecution, and partly out of a characteristic Bush-administration refusal to compromise US sovereignty in matters of justice.

Defenders of the court point out that five of the eight countries before the court (Uganda, DRC, Central African Republic, Ivory Coast and Mali) requested the involvement of the court. Critics retort that these governments were effectively held hostage on the matter, with serving leaders told by the ICC’s first prosecutor that either they refer their countries to the court for the investigation of warlords and rebels, or face indictment themselves.

ICC insiders say that the weakness of the first prosecutor has heavily contributed to the court’s PR problems today, particularly when paired with a very poor communications strategy. The ICC’s initial prosecutor was Argentinian lawyer Luis Moreno-Ocampo. AU chair Jean Ping said in 2011: “Frankly speaking, we are not against the International Criminal Court. What we against is Ocampo’s justice – the justice of a man.”

Under Moreno-Ocampo there was a high staff turnover at the ICC, never usually a sign of a healthily functioning institution. Moreno-Ocampo also oversaw the collapse of the court’s first case against Congolese warlord Thomas Lubanga, on the grounds that the prosecution had wrongly withheld evidence which could have supported Lubanga.

It was Moreno-Ocampo who made the decision to charge al-Bashir with genocide in 2008, despite critics arguing that though there was plenty of other war crime-related evidence against al-Bashir, it was insufficient to warrant a genocide charge. The UN Commission of Inquiry on Darfur found in 2005 that the Sudanese government had not pursued genocide in Darfur.

Moreno-Ocampo was also accused of grandstanding for publically announcing the charge, rather than requesting a sealed warrant. The fact that al-Bashir was also a serving head of state at the time opened the ICC up to accusations that it was trying to accomplish “regime change”, in the words of British academic Alex de Waal.

The notion that the ICC is the pawn of wider political currents has also been levelled repeatedly. The UN Security Council can refer cases to the court – but these are subject to the Security Council’s own internal politicking, which may keep countries outside Africa safe. Because China and Russia have veto power on the Security Council, for instance, a country like North Korea might never face ICC investigation.

“Ultimately, the ICC’s ‘obsession’ with Africa has to be understood as a factor of both the court’s limited legitimacy and its dependence on the politics of the UN, rather than base racism,” Mattia Cacciatori wrote for The Conversation in October 2014.

Morena-Ocampo’s replacement as prosecutor with Fatou Bensouda of Gambia in 2012 was hailed as offering the promise of a new dawn for the court. The mere fact of Bensouda hailing from Africa, however, has not shielded her from allegations of the ICC’s ongoing bias. Writing in 2014, Bensouda pointed out that the ICC’s jurisdiction is limited.

Firstly, the ICC can only deal with crimes committed after 2002. Secondly, the mandate set out in the Rome Statute specifies that the court only prosecutes “war crimes, crimes against humanity, and genocide”. These crimes have to have been committed in a country which has ratified the Rome Statute, or committed by a national of that country.

Bensouda notes that even if a country has accepted the jurisdiction of the ICC, the court doesn’t have to open investigations there if “credible national investigations or prosecutions” are already taking place. Bensouda suggests this is not the case in some African contexts, despite the scale of the war crimes at stake.

“It could be argued that the situations under investigation or prosecution in Africa are distinguished by the gravity of the crimes perpetrated there—for example, 2.5 million victims in Darfur, 2 million in the DRC, and 1.3 million in Uganda—and an inability or unwillingness on the part of the State concerned to properly investigate and prosecute those cases,” Bensouda wrote.

Defenders say that far from serving a neo-colonial agenda, the ICC is in fact a bulwark against neo-colonialism: “Africa’s former colonial powers would want nothing more than to see impunity tear the continent to shreds,” wrote international human rights lawyer Angela Mudukuti in the New Internationalist last December, “and the ICC can assist in preventing this”.

As long as the face of ICC defendants remain exclusively black, however, these arguments will likely face a stony reception. It seems virtually assured that the ICC will have to be seen to aggressively prosecute non-African regimes before many Africans believe that the court is not pursuing an anti-African agenda. DM