Analysis: Did Boko Haram bomb Chad’s capital, and why? 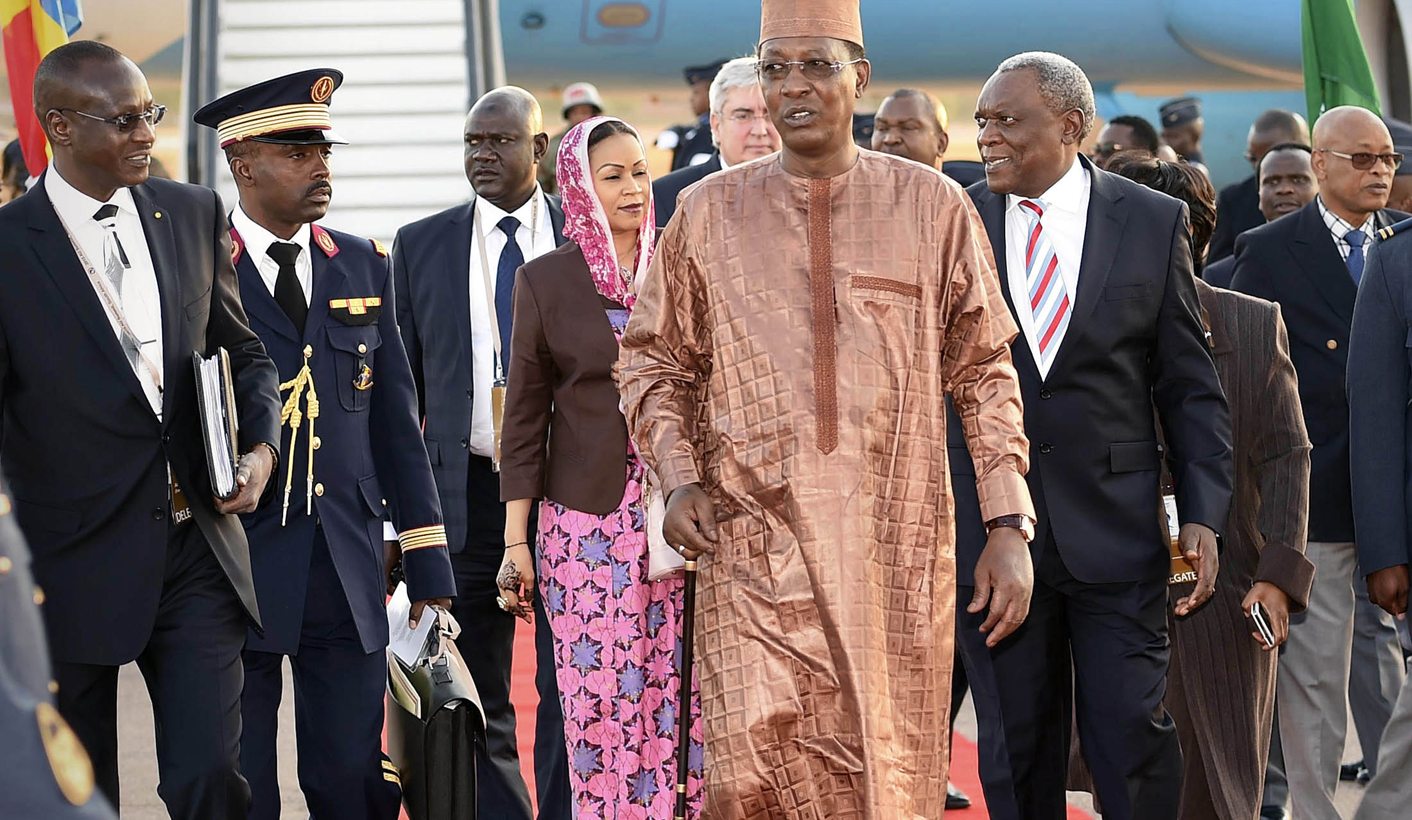 Multiple explosions in Chad’s capital city left 27 people dead, and sent a clear message to Chad that its contribution to the fight against Boko Haram will not be without consequences. But President Idriss Déby has already got plenty of enemies, and is unlikely to be deterred by this latest attack. In fact, the opposite is true. By SIMON ALLISON.

What did Idriss Déby, sitting safely at the African Union Summit in Johannesburg, think when he heard the news of the explosions that killed at least 27 people in his capital N’Djamena? More specifically: who did the Chadian president think had done it?

Thing is, Déby has plenty of enemies to choose from. He’s somehow kept himself in power for a quarter of a century in an exceptionally tough part of the world, and this has come at a price. Did he contemplate the possibility that one of the various rebel groups he’s been fighting ever since he seized office had finally struck a substantial blow? Did he wonder if he was falling victim to a coup attempt from disgruntled generals or officials in his own government, along the lines of the one that tried and failed to unseat Burundi’s Pierre Nkurunziza last month? Did he think that, finally, one of Chad’s military expeditions in Sudan, Mali, the Central African Republic or Nigeria had come back to haunt him?

In the moments after the attack, before the investigations had started and the details became clearer, any one of those options was possible. But one was always more likely than the others, and sure enough, that’s where Chad’s government decided to point the finger.

“Boko Haram is making a mistake by targeting Chad,” Communications Minister Hassan Sylla Bakari said on state television, according to Reuters. “These lawless terrorists will be chased out and neutralised wherever they are.”

A government statement promised an even tougher response. “Boko Haram chose the wrong target. These lawless and faithless terrorists will be flushed out and neutralised wherever they are,” it said.

Even though they have yet to claim responsibility, Boko Haram – or their latest incarnation, the Islamic State of West Africa (ISWA) – are the most likely perpetrators of the attack.

Boko Haram has the means. The Islamist militant group may be on the back foot following the regional and Nigerian military offensive against their positions, but they still control significant territory in north-eastern Nigeria and have a track record of cross-border raids. N’Djamena is only 50 kilometres away from Nigeria’s Borno state, where Boko Haram is strongest, and even closer to northern Cameroon where the group has also been active. It also commands the loyalty of plenty of fighters who would volunteer for such a high profile attack – and have the experience, training and equipment to pull it off.

Boko Haram has the modus operandi. Multiple, simultaneous explosions targeted at government buildings – in this case the police headquarters and the police training academy – are a hallmark of the militant group. So too are the motorbikes reportedly used in the attacks. The N’Djamena attack fits neatly into a devastatingly successful pattern that has killed thousands in villages and towns across the region.

Most significantly, however, Boko Haram has the most compelling, and urgent, motive. The downturn in Boko Haram’s fortunes in the last few months has been well documented, and much of it has been attributed to the involvement of regional troops. The Chadian contingent has been especially effective, drawing on its vast experience of fighting rebel movements both at home and in peacekeeping operations elsewhere.

This culminated in the establishment in N’Djamena of the Multinational Joint Task Force, comprising military personnel, police and civilians from Benin, Cameroon, Chad, Niger and Nigeria. This 8,700-strong force is designed to spearhead a major military operation to finish off Boko Haram once and for all. If all goes according to plan, it poses the most serious threat yet to Boko Haram’s future. No wonder N’Djamena has become a target.

Even though Chad has visibly tightened security precautions in the capital in the wake of the attack – key areas have been blocked off from the public, checkpoints set up across the city, and vehicles with tinted windows banned from the roads – it’s unlikely to deter Chad from continuing its military operations against Boko Haram, as its bullish government statements have indicated. If anything, it will renew the country’s commitment to the fight against terrorism in west Africa.

There are positives and negatives to be drawn from this. Boko Haram has morphed into a regional threat, and requires a regional response – Chad, with well-trained, battle-hardened military – is very well-placed to offer that kind of support. However, Chadian soldiers have also been repeatedly implicated in human rights violations, most notably in the Central African Republic. Research has repeatedly shown that a brutal, hard-line response to terrorism serves to exacerbate rather than solve the problem. If Chad really does ‘neutralise’ the ‘terrorists’, it will have to remember that sometimes restraint is more effective than vengeance. DM