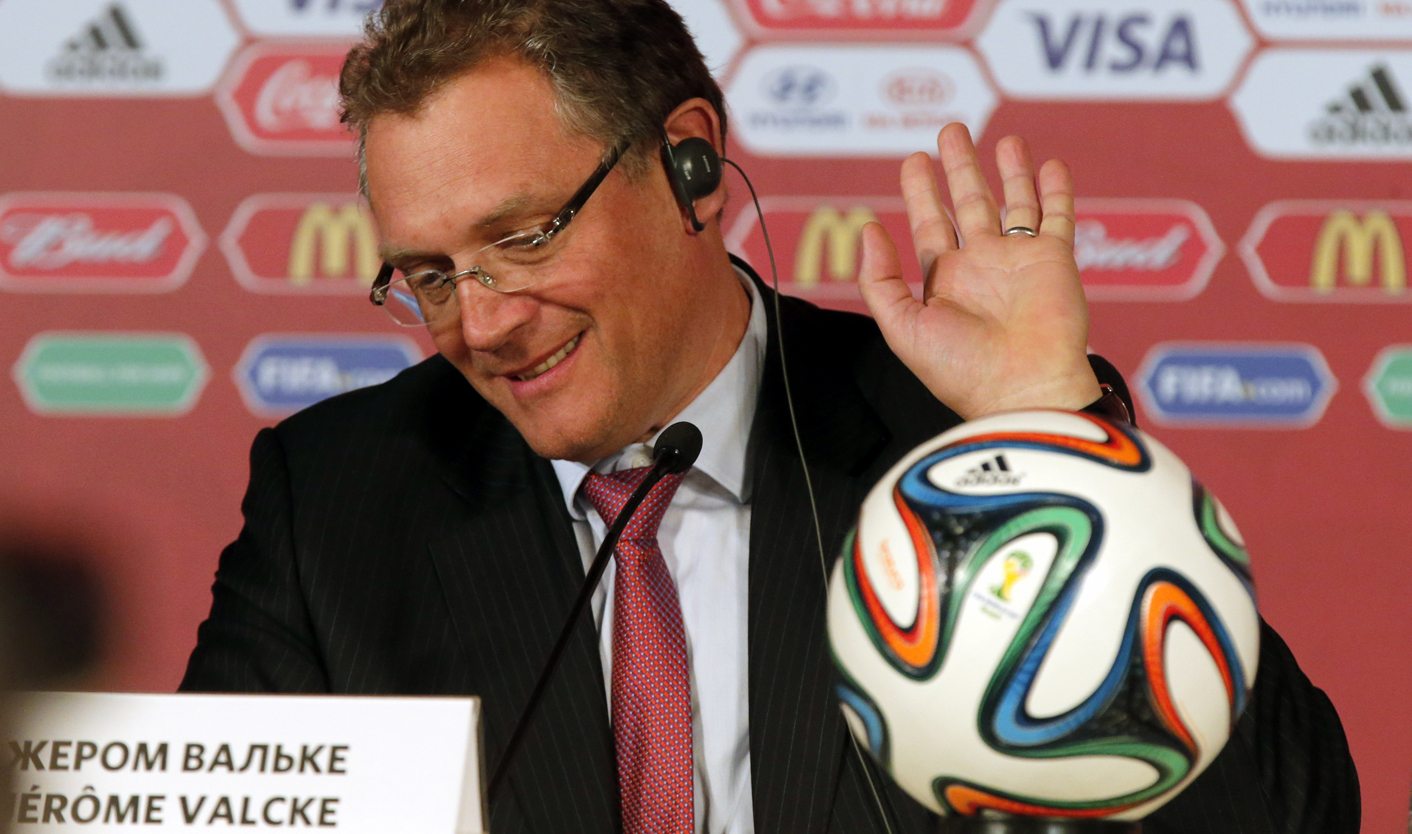 Jerome Valcke has, for the first time, spoken out about the $10 million transaction at the centre of the FBI’s ongoing investigation into bribery and corruption in FIFA. Valcke insists that it was all done by the book. By ANTOINETTE MULLER.

Jerome Valcke has, for the first time, spoken out about the $10 million payment from FIFA to the “Diaspora Legacy Programme” at the centre of the on-going FIFA meltdown. The payment, according to an indictment from the US Department of Justice, was a bribe paid over to Jack Warner in order to help South Africa secure votes in order to host the 2010 Soccer World Cup.

Warner’s deputy at the time, Chuck Blazer, has pleaded guilty in court to having taken some of that money as a bribe to vote for South Africa to host the 2010 World Cup.

FIFA originally denied that Valcke had any knowledge of the payment, but letters have since emerged showing that he knew what was going on.

“It was not FIFA’s money … it was a request from official South African authorities and SAFA. As long as it is in line with rules, we do it,” Valcke said at a news conference with Russian organisers of the 2018 World Cup.

The payment, which SAFA requested to be paid over to accounts managed by Warner, was supposed to form part of the “Diaspora Legacy Programme”, a programme which was supposed to help the “African diaspora” across the globe to develop football. The US indictment said that South African officials had told Warner that they would get the government to foot the bill, but when this was not possible, South Africa asked for funds meant for the Local Organising Committee to be paid to the accounts Warner managed. They never questioned how this money would be spent and never raised alarm when Warner resigned in a huff amid bribery allegations back in 2011.

A letter from Danny Jordaan, addressed to Valcke, asked for this payment to be made and implicated the FIFA secretary general in the saga, but he insisted that he has nothing to do with the on-going investigations.

“I don’t understand what’s the problem [sic] and why I am such a target in this question. You [the media] have decided that after [Sepp] Blatter [who has resigned] I am the head to be cut, fine, but don’t say it is because of this 10 million dollars.

“I have never been questioned [in the US investigation] and the Swiss police have all the files, and I am happy to answer any question as transparently as I can,” Valcke added.

“I think it’s too much now and I will not take any more questions about this $10m. This is the first time I have done this in front of so many journalists. I was destroyed by the French media, maybe for other reasons, but that’s another point.

“I don’t have to justify myself and the only person I will answer questions to about this is my father, who is 80 years old and does not understand what is happening about me.”

Valcke’s reaction is hardly a surprise, considering that’s exactly the kind of approach that most of those only indicted and not charged or arrested in this whole saga has been taking. It is undeniable that a number of South African officials and FIFA officials knew about SAFA’s request to divert money intended for the Local Organising Committee to accounts controlled by the embattled Jack Warner, but the question remains whether South Africa knew what the funds were going to be used for. South Africa deny that they had any knowledge of Warner’s intentions, but they still haven’t answered why, when corruption allegations against Warner first surfaced in 2011, they did not investigate how their funds, the sizable sum of $10 million, was spent. The BBC have reported that sources who formed part of the 2010 Local Organised Committee had said the LOC was “very secretive” in its doings. The unnamed sourced added: “The way they spent money is amazing. [The FBI allegations are] confirmation of the suspicions all of us had.”

Whatever happens, South Africa have a strong case to mount and support their defence that they believe that the donation that they were making was completely legitimate.

Meanwhile, at the same news conference, Valcke announced that bidding for the 2026 World Cup would not begin any time soon. He called it “nonsense” to begin with a bidding process when the awarding for the World Cup Russia 2018 and Qatar 2022 was under investigation. DM