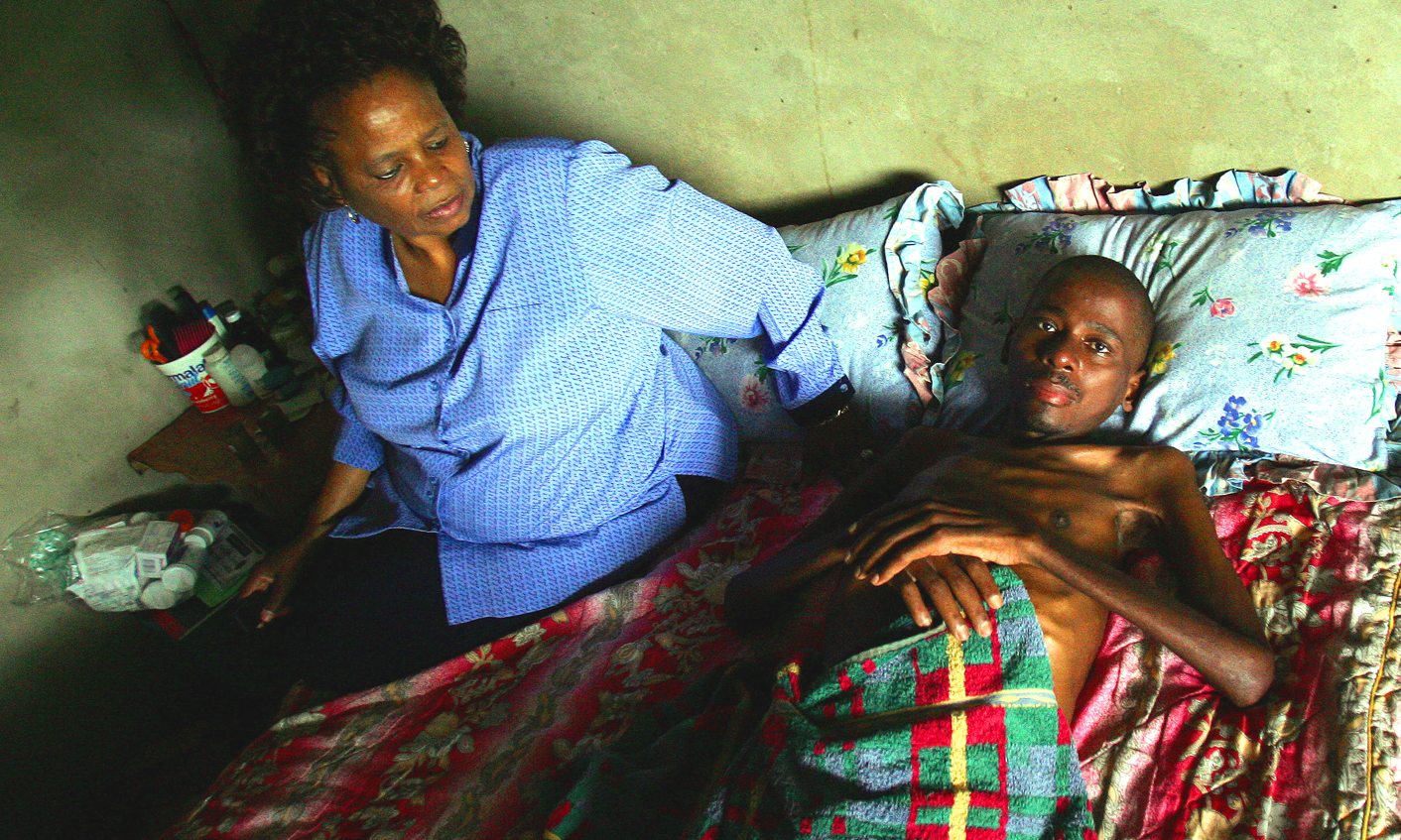 Confronting stigma is at the heart of tackling the country's HIV/Aids challenges. For the first time, a new survey sheds light on issues of internal and external stigma. The state now needs to turn the results into policy initiative because, simply, stigma is killing people. By GREG NICOLSON.

“As we gather here today to remember Gugu Dlamini, we bow our heads in shame,” said Deputy President Cyril Ramaphosa opening the Gugu Dlamini Memorial Park in Durban on Wednesday. “For how, as a society, could we have allowed such hate, such brutality, to be visited on a person merely for having a virus.” Dlamini was murdered in KwaMashu in 1998 for publicly disclosing her HIV status.

On Wednesday, the South African National Aids Council (SANAC) launched “The People Living with HIV Stigma Index”, the first large-scale survey on HIV and TB-related stigma in South Africa. It provides an objective measure of stigma, aiming to link the results to improving policy and service delivery efforts. It offers an objective view to what is often a subjective issue and can serve as a baseline for future comparisons.

Researchers, through networks like National Association of People Living with HIV, Treatment Action Campaign, and Positive Women’s Network, surveyed 10,473 HIV-positive individuals, 15 years old and above, in 18 districts across the country, two per province, and found moderate levels of stigma exists in South Africa, with strides having been made and lower levels of stigma in SA than in other African countries.

Referring to the report, Ramaphosa said, “Sometimes discrimination is not overt. It could be a glance, a whispered remark, a social snub. There are times when people living with HIV internalise the stigma, undermining their own sense of self-worth and dignity. It is for this reason that we are launching this campaign against stigma and discrimination.”

SANAC identifies four different types of stigma. External stigma refers to others devaluing and discrediting those who are HIV positive. Internalised stigma occurs when people living with HIV begin to believe those negative things, resulting in negative views on an identity based on HIV status. Anticipated stigma is the expectation of being treated differently because of one’s status and courtesy stigma is defined as the perception or experience of stigma due to association with an individual or group. The report also looks at stigma related to TB and notes that HIV-related stigma often occurs on top of stigmas related to race, class, and gender.

“The short story is we are making so much progress but we have so much more work to do,” said Dr Fareed Abdullah, CEO of SANAC, on the efforts to tackle HIV/Aids. While the roll-out of testing efforts, antiretroviral drugs and prevention of mother-to-child-transmission programmes have made inroads in tackling HIV/Aids, there are still 400,000 new infections each year in South Africa and around 200,000 HIV/Aids related deaths. Stigma plays a key part.

Abdullah said it was important to have HIV-positive researchers collecting the data to open up the conversation. They asked questions like, “How they’re treated by other people, what they thing about their own disease and what sort of problems they have if they go to health services, schools?”

A large majority of respondents said they had never been excluded from social gatherings, but those who had listed their HIV status as the main reason. Most people said they had not been gossiped about, physically assaulted or harassed, discriminated against, or suffered physical or emotional abuse from a partner in the last 12 months. Of those who had, around a third across the different categories put it down to their HIV status.

“From the very start it has probably been the most stigmatised disease in human history,” said Constitutional Court Justice Edwin Cameron, calling internalised stigma “the great unspoken issue”. “The main effect of internalised stigma is death.” Across society, it remains difficult for many people to talk about HIV/Aids because it is sexually transmitted, but the silence undermines treatment and prevention programmes.

The report found those most likely to experience internalised stigma were 15 – 24 years old, living with HIV for under a year, without a formal education; those with money for things like holidays as well as those without enough food. Again KZN, Mpumalanga and the Free State saw the highest figures.

Justice Cameron, however, said public figures could play a greater role. When he announced his status in 1999 shortly after Dlamini’s murder, he was confident other public representatives would do the same. Yet the middle class, politicians and social elite have not followed. “How do you account for the fact that we don’t have public figures in Africa who talk about their HIV status? You’ve got 35 million people in the world [who are HIV-positive], two thirds of whom are on our continent. Simply demographically, 11 percent of our total population has got HIV/Aids, so we’ll have 10 percent of parliamentarians, 40 parliamentarians, five or six ministers or deputy ministers, maybe one premier living with HIV or Aids. We haven’t heard from them.”

Cameron would never say people should disclose their status, but noted the benefits of doing so. “If you can bring yourself to it, two things: the first is that you will be rewarded with love, affirmation, approval. You will not be despised and rejected. And the second is you will have an enormously beneficial effect on other people.”

The aim of “The People Living with HIV Stigma Index” is for something to be done to improve the situation. Its recommendations: share the results, start a national campaign against stigma, address internalised stigma on and individual level and through existing support structures, strengthen the confidentiality of health records, address poverty and food security and continue to monitor HIV and TB-related stigma. Then key thing is to measure in three more years and do something more. Such efforts are at the heart of continuing to confront the country’s HIV/Aids challenge. DM