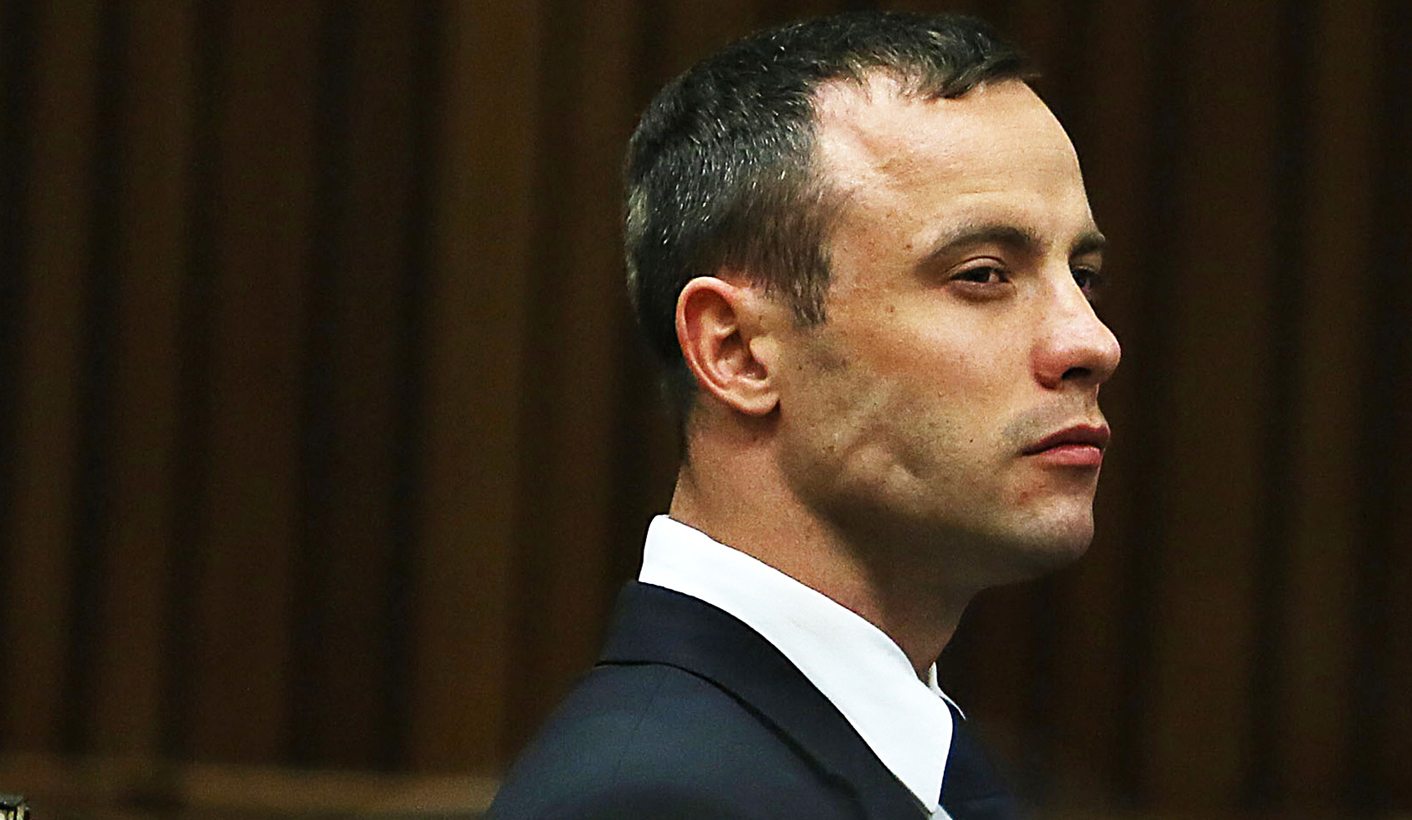 What is the value of human life in South Africa? 10 months, it seems. On Monday, Correctional Services officials confirmed that Paralympian Oscar Pistorius would walk out of prison on 21 August this year. He won’t be a free man – he’ll be released into house arrest – but he’ll have spent less than a year behind bars. REBECCA DAVIS takes a look at what his life might look like.

“Incarceration of 10 months for taking a life is simply not enough.” That’s how the parents of Reeva Steenkamp put it in a letter submitted to the parole board tasked with dealing with Oscar Pistorius’ case.

But the concerns of June and Barry Steenkamp – that a ten-month sentence for the killing of their daughter does not send out a sufficiently stern message of deterrence – will not be enough to keep Pistorius in the Kgosi Mampuru II prison in Pretoria beyond August.

South Africans have responded with shock on social media to the imminent release of Pistorius, but this course of events was virtually guaranteed from the moment Judge Thokozile Masipa sentenced the athlete to five years in jail for culpable homicide.

Procedurally, there is nothing untoward about Pistorius spending only ten months of this sentence behind bars. The laws permitting Pistorius to be released after such a short space of time are the Criminal Procedure Act and the Correctional Services Act, which allow for an offender to “serve only one sixth of his/her sentence in custody, and continue to serve the remaining period of the sentence under correctional supervision”. This only applies when the sentence to be served does not exceed five years.

The parole board of the Kgosi Mampuru II prison met last Friday and approved his parole, journalists were informed on Monday. While Barry and June Steenkamp’s letter would have been considered as a formal submission, it would have been only one element taken into account.

Correctional Services has thus far been tight-lipped about the reasoning behind the decision to release Pistorius. But the fact that he had been recommended for house arrest, spokesman Manelisi Wolela told SAFM, was evidence that the athlete’s conduct while incarcerated had been “acceptable”, and that he had been “upgraded” while serving his sentence.

Wolela clarified that “acceptable” behaviour meant obeying rules and not “creating problems inside our facilities”.

Wolela said that Pistorius had had interactions with other prisoners while incarcerated in the Kgosi Mampuru II hospital wing, though it’s been reported elsewhere that the athlete spends up to 23 hours a day in isolation. In March, footage obtained by the Daily Sun showed Pistorius playing soccer with murder-accused Czech businessman Radovan Krejcir.

That’s been one of the few leaks from within the facility since Pistorius went in last October. Pistorius’ brother Carl told YOU Magazine in December last year that the athlete was participating in a rehabilitation programme called New Beginnings.

Prisons boss Zach Modise also indicated on Monday that one of the reasons why Pistorius was being released was because he had completed a number of courses – among them, seemingly one on anger management.

What will Pistorius’ life be like while under house arrest? The Department of Correctional Services has indicated that it will not be making the conditions of the athlete’s “correctional supervision” public for now, but the department’s website gives general details as to the normal provisions.

Offenders are normally confined to a certain area, so there won’t be any overseas trips for Pistorius. He also won’t be able to change his place of residence without consent. While under house arrest, offenders are permitted to “participate in organised sport activities, to attend church services, to do the necessary shopping, etc”.

Pistorius will have to report to the Community Corrections Office at set intervals, and will also be monitored by correctional officials who will pay visits to his house. He may have to complete some kind of community service or attend “specialised programmes or lectures on specific subjects”. It’s unlikely that he will be permitted to drink alcohol.

Most importantly, he can’t commit any kind of criminal offence.

If Pistorius violates these conditions, he isn’t automatically sent back to jail. “Serious or persistent violations of conditions”, however, mean that he might have to serve the remainder of his sentence behind bars.

Ten weeks prior to Pistorius’ release (i.e. probably around next week), he will begin “release preparation”, which is designed to “prepare the prisoner to deal effectively with the problems which he/she may experience while in the community”.

The programme will include schooling him in the conditions of his correctional supervision and the consequences for non-compliance. It is also intended to assist him in “dealing with the stigma attached to imprisonment”.

Pistorius’ lawyer Rohan Kruger told the UK’s Sunday Times last month that the athlete wanted to work with children when released. “The parole conditions will be at their discretion: don’t drink or do drugs; go to church. He’ll have a psychological programme, an anger management course. They will set the parameters and he will keep to them,” Kruger said.

But Pistorius also won’t be able to get too comfortable out of his prison jumpsuit. Just three months after his release on parole, the Supreme Court of Appeal in Bloemfontein will see five judges hear the state’s appeal against the athlete’s culpable homicide conviction.

There, prosecutors will argue that Judge Thokozile Masipa’s interpretation of the law was incorrect and that Pistorius should rightly be convicted of the murder of the Reeva Steenkamp.

If the judges overturn Pistorius’ culpable homicide conviction and replace it with a murder conviction in November, Pistorius faces a minimum sentence of 15 years.

There are many who feel that such a sentence would constitute a more fitting penalty for extinguishing a life with four bullets. Ten months deprived of freedom may have seemed like an eternity to Pistorius, but is that really all the life of Reeva Steenkamp was worth? DM

Photo: Oscar Pistorius sits in the dock during his trial at the high court in Pretoria, South Africa, 15 April 2014. EPA/ALON SKUY