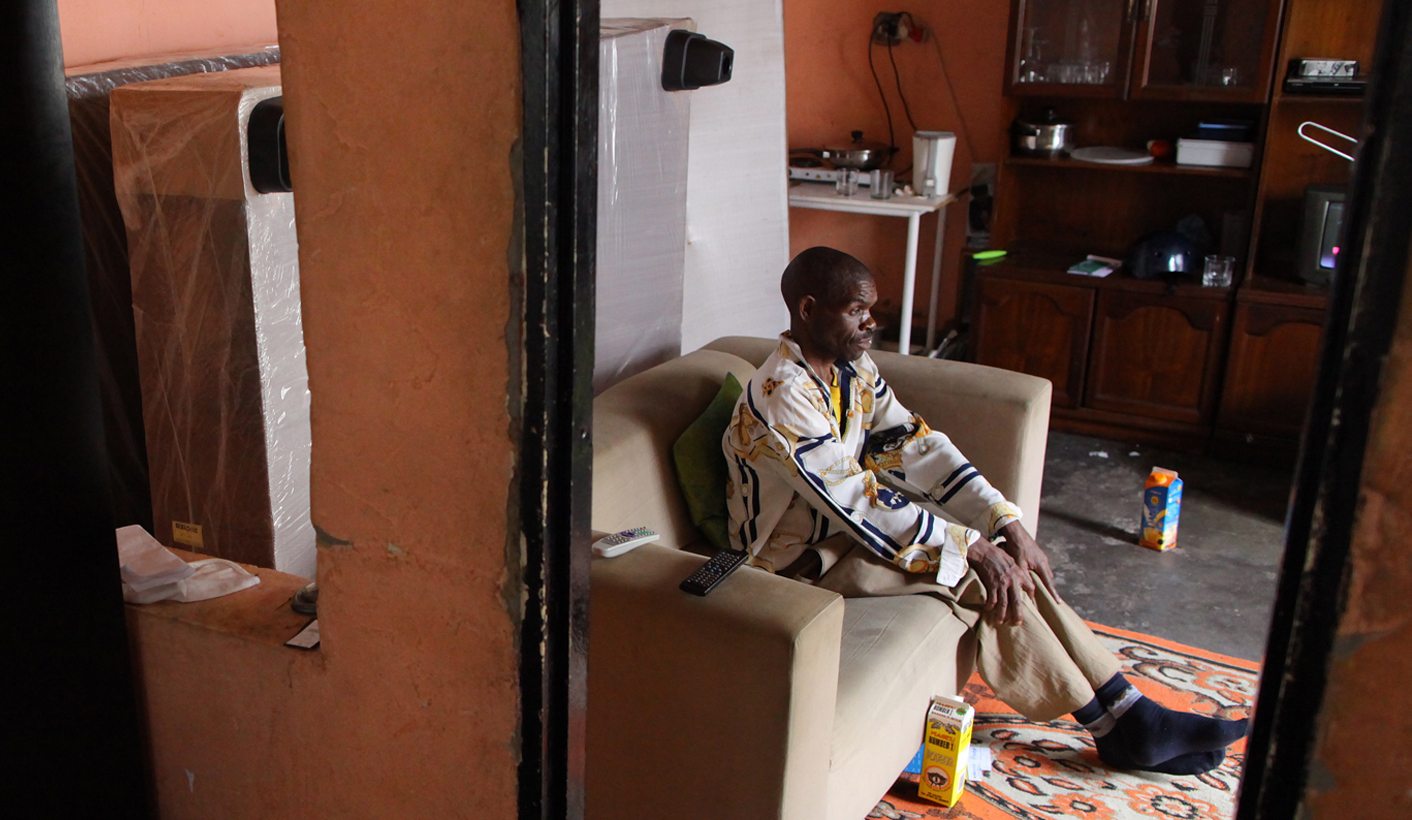 On 9 June 2015, TAC Chairperson NKHENSANI MAVASA delivered the opening session speech at the SA AIDS Conference 2015. Here, in full, is the text of the address.

My name is Nkhensani Mavasa. I am from a village called Thomo in Giyani, Limpopo Province. I am a mother of three. I am from a province which has been experiencing stock-outs for months.

Fifteen years ago the International AIDS conference was held here in Durban. At that conference we marched because effective treatment for AIDS was available, but ordinary people like me could not have access to it. That march brought together various organisations and individuals, creating an opportunity for human rights activists like myself, scientists, business people and many others who are here today. It was a historic moment that ignited the global AIDS movement for change. Change from just making profit to saving lives.

We have come a very long way since that day. Hundreds of thousands of people died unnecessarily because of the AIDS denialism of former president Thabo Mbeki and Health Minister Manto Tshabalala-Msimang. Many children lost parents because there was no treatment. Many children were born with HIV because their mothers were not provided with treatment. The AIDS denialism of the early to mid-2000s was a crime against our people. It is a crime that is still felt in the lives of many people living today.

As we all know, things changed because of the activism of the TAC, because of the activism of many healthcare workers, because of lawyers, and researchers, many others and finally, because of political change in our country, which resulted in a ruling of the Constitutional Court of South Africa. For me, this was the beginning of a process to chip away at health Apartheid because ordinary people from poor and rural communities could have access to life saving antiretroviral drugs like people in the suburban communities of Sandton.

We’ve seen a mighty wave of activism and political will against HIV/AIDS. We have seen the establishment of a dedicated UN agency, UNAIDS. Billions of dollars have been channelled through the Global Fund and the US President’s Emergency Plan for AIDS Relief (PEPFAR). Under the leadership of Health Minister Dr Aaron Motsoaledi, we have seen treatment in South Africa scaled up to over two million people. Mainly because of HIV treatment, life expectancy in South Africa has rebounded from 54 years in 2005 to 61 years in 2012. We have made significant progress thus far.

Honourable Deputy President, ladies and gentlemen, I am here today to tell you that the days of good news are unfortunately over.

I am here to tell you that what we see on the ground is a healthcare system that is plagued with dysfunction. What we see in many of our communities are long queues, understaffed clinics, and stock-outs of medicines. What we see are people dying of TB – a disease that is curable; recently we have learnt that HIV is the third highest killer of South Africans through disease. This is unprecedented considering that we have the biggest antiretroviral programme in the world.

Something must be wrong!

We need to refocus our strategy and close the gaps!

Earlier this year worried doctors from the Free State wrote an open letter explaining the undignified and inhuman conditions in that province’s healthcare system.

The elevators in this hospital are broken. Patients have to be carried up and down the stairs.

I ask you to think for yourself: what is going on. How did we get here?

How did the Free State government respond to the letter from these courageous whistle-blowers? Did they acknowledge the seriousness of the situation and put in place emergency measures? No. They responded with denialism. They accused the doctors of being politically motivated. This has consistently been the response when we tried to engage the Free State MEC for Health, Benny Malakoane, on the problems community members experience when attempting to access healthcare services in the province. And, I remind you, this is the same MEC Malakoane who is currently facing multiple charges of fraud and corruption.

In recent weeks we have seen a significant increase in reports of medicines stock-outs at facility level. This first came to our attention in Mpumalanga and Limpopo. Some of these stock-outs were due to actual supply problems – as is the case with abacavir – but most are due to poor supply chain management. If the medicines are not at the clinic, they may be at the depot. Maybe someone forgot to order. Maybe it just wasn’t delivered. Whatever the reason, people are given fewer, alternative, or no medicines at all.

I know you are tired of hearing about stock-outs. After all, most of you in this audience can get whatever medicine you need just by getting a prescription and going to pharmacy. Just for a moment imagine how you would feel if you couldn’t get your chronic treatment for HIV, diabetes, or mental health problems. This is a daily reality for many of us.

I will not go through the whole list of issues we’re encountering, but you will be aware of the serious problems:

Deputy President, friends, comrades, I am here to tell you that despite our success story pertaining to the AIDS response, our healthcare system in South Africa is breaking down. I am here to tell you that what the members of communities, including TAC, are seeing on the ground is a crisis. We are at “code red”. The good policies made higher up, often die as soon as they reach provinces. Even worse, when they reach local level they’ve decomposed already.

From Baragwanath to Dihlabeng, from Lusikisiki to Gert Sibande, we’re receiving the same kind of reports over and over again. We have in recent years tried and we still do try to engage constructively with MECs, heads of departments or district heads. But things are getting worse, not better.

Faced with the triple burdens of HIV, tuberculosis and non-communicable diseases, our people are in desperate need of a functional public healthcare system. We will never meet this growing need if we stick to business as usual, if provincial healthcare systems are allowed to flounder from crisis to crisis. The public interest demands that we fundamentally change the way things are done. We need to build a modern healthcare system that is accountable to the people it is meant to serve.

We say it is unacceptable that internal party politics means that an underperforming and uncommitted MEC for Health like Benny Malakoane is untouchable. Malakoane must be replaced.
We say that it is unconscionable that public-minded healthcare workers are being victimised in the Free State. This must end.

We say that it is a disgrace that even in 2015 we cannot get medicine to everyone who needs it.

We say that it is unconscionable that by not paying its bills the Kwazulu-Natal and Gauteng Departments of Health have brought the National Health Laboratory Service to its knees. Why are these provinces untouchable?

Deputy President, friends, comrades, there is a new denialism brewing in South Africa. This is the denialism of our leaders – particularly in Health and in the Provincial Cabinets – that fail to acknowledge the difficulties that our people face on a day-to-day basis, the undignified conditions under which many of our healthcare workers do their duties and under which our people seek treatment.

And this is the message I will leave you with.

In 2005 I made a call at the United Nations to the South African government, to provide treatment to people who need it at the age of 27. When the ARV program unfolded I had hope.

Today, at the age of 37, poor people are going for months without treatment. Nobody cares about adherence, only cares about reaching numerical targets.

Reaching MDG is a disaster. We are now singing 90, 90, 90. What does that mean to communities?
Is the GIPA principle implemented at all levels?

Our healthcare system is at code red. We don’t have time for political games.

If you choose to ignore the crisis in the healthcare system, this crisis that is a fact of our daily lives, you may, like those other denialists in the past, end up on the wrong side of history.

Enough of planning and re-planning.

I thank you. DM