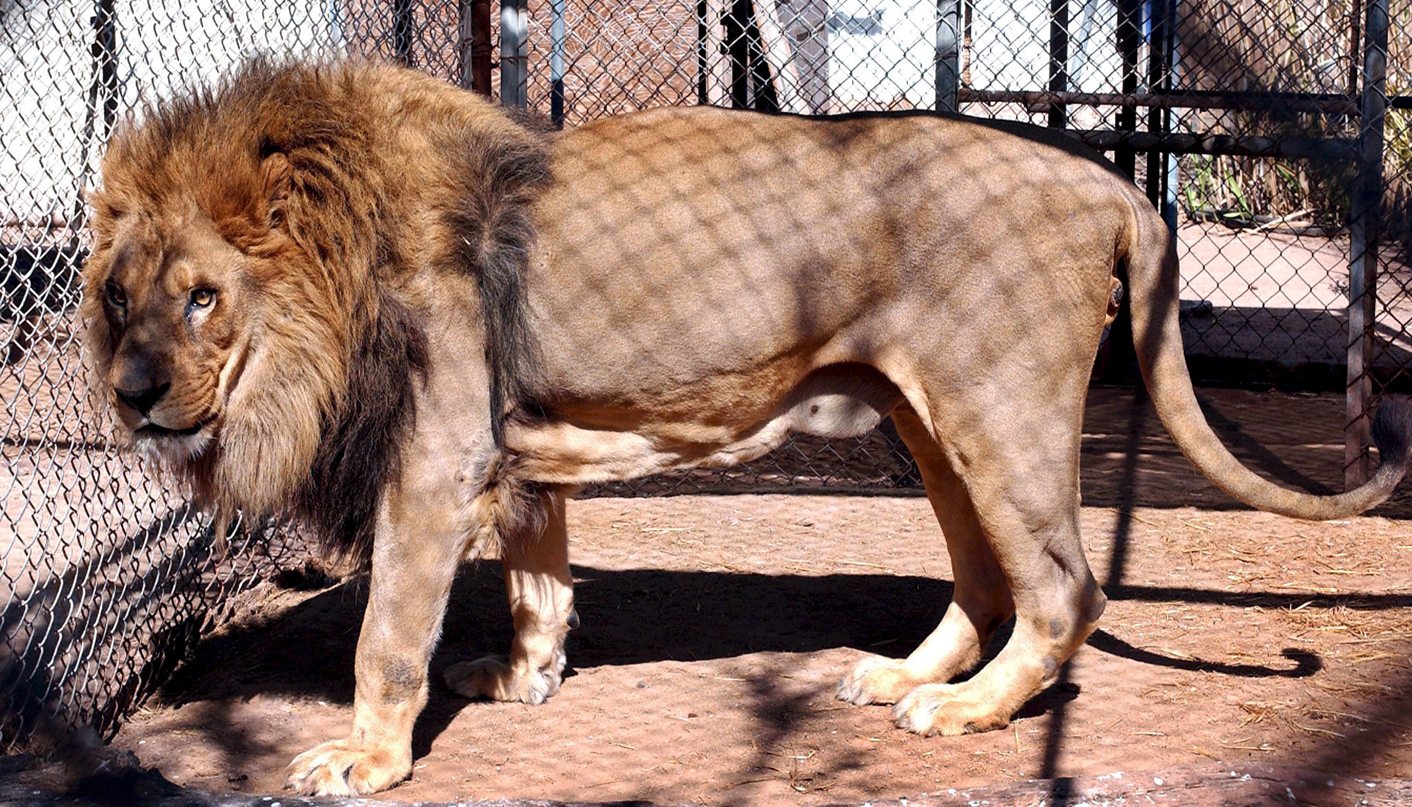 In an article published in the Sunday Times a week ago [May 31], Edna Molewa, the minister of environmental affairs, admonishes conservationists to “put the lid on” what she believes are unfounded claims of canned lion hunting in South Africa that are “damaging our reputation for species conservation”. By ANDREAS WILSON-SPÄTH.

At issue is a semantic disagreement over exactly what is understood by the term ‘canned hunting’. When Minister of Environmental Affairs Edna Molewa accuses opponents of “a deliberate strategy to conflate canned lion hunting with captive breeding of lions” she is engaging in a play on words entrenched in the policy documents that regulate lion hunting in South Africa.

The National Norms and Standards for the Sustainable Use of Large Predators, which falls under the National Environmental Management: Biodiversity Act, defines canned hunting as “any form of hunting where a large predator is tranquilised, artificially lured by sound, scent, visual stimuli, feeding, bait, other animals of its own species or another species, or any other method, for the purpose of hunting that predator”.

Molewa conveniently ignores the second part of the definition, which states canned hunting also includes any form of hunting where “captive large predators are hunted”.

Over 99% of all lions killed by trophy hunters in South Africa are animals that have been bred and raised in captivity. If hunting such animals is regarded as canned hunting according to the official definition, how can the minister insist that the practice is outlawed and does not happen in South Africa?

The answer to this apparent dilemma is positively Machiavellian: the National Norms and Standards do, in fact, allow for the legal hunting of captive-bred lions, provided that “they have been certified as rehabilitated to wild status”. The rules which determine what it takes for such captive-bred lions to be rehabilitated rest with provincial authorities.

In practice, this is what happens: if a trophy hunter shoots a captive-bred lion in the facility where it was raised and kept, they would be engaging in an illegal canned hunt. If, however, that same lion was transported to and released into an appropriate area, the same hunter can legally kill it within as little as four days, depending on the province where the hunt takes place.

In essence, South African regulations allow for lions that have been born in captivity, have lived there for virtually their entire lives, have always been fed by humans, and are incapable of surviving on their own in the bush, to be magically “rehabilitated” and transformed into “wild” animals that can be legally killed by trophy hunters.

What Molewa doesn’t appear to understand is that critics of the South African lion hunting industry do not just object to hunting of tranquilised or artificially lured or baited lions, but to the very concept of industrialised captive breeding and farming of an undomesticated wild species – the continent’s apex predator and an animal with considerable ecological and cultural significance no less – predominantly for the purpose of trophy hunting and financial profit.

The false dichotomy between “canned” and “captive” lion hunting is mere wordplay. Whatever you want to call it, lions are being bred and held in captivity for the express purpose of being killed for trophies. Unlike the minister, many of her critics are extremely uncomfortable with the fact that this industry already hosts more than twice as many captive-bred lions than there are free-roaming lions left in the wild.

Molewa argues that “some” captive-bred lions, “including cubs”, are making a contribution to lion conservation, when this is clearly not the case for the vast majority of these animals who cannot fend for themselves in the wild and outside of zoos have no conservation value whatsoever.

The onus is on the minister to show exactly how the captive-bred lion industry contributes to lion conservation, financially or otherwise, by providing concrete answers and figures. How many captive-bred lions have been “sold to start new conservation areas of free-roaming lions” and where?

What scientific evidence is there that trophy hunting of captive-bred lions is a source of “job creation, community development and social upliftment”? How many jobs have been created and how much money has gone to communities?

While the breeding and trophy hunting of lions has produced various revenue streams, few can be justified as genuinely benefitting lion conservation and some are likely to impact negatively on wild lion populations, for example through stimulating the trade in lion bones to Asia, where they are replacing tiger bones which are associated with supposed medicinal properties but are increasingly difficult to procure since the Chinese government banned the trade to protect dwindling tiger populations.

Whatever foreign exchange income there is from the lion hunting industry represents a small fraction of the country’s overall tourism earnings and most of it ends up in the pockets of a few individuals. Canned or captive lion hunting is increasingly unacceptable to the world at large. It’s government policies, not tweets and articles by animal rights activists, which are damaging our international reputation for conservation and tourism.

The minister’s assurance that “the African lion is not endangered” is misplaced, especially considering that that there is growing pressure elsewhere in Africa for lions to be listed as an ‘endangered’ species on the Red List of the International Union for Conservation of Nature (IUCN) and for them to be included in Appendix I of the Convention on International Trade in Endangered Species of Wild Fauna and Flora (CITES). It’s irresponsible for government to promote the domestic lion breeding and hunting industry without considering the impact this will have on lion populations on the rest of the continent.

At a more fundamental level, the most glaring difference between Molewa’s government and its critics, relates to the interpretation and application of the doctrine of “sustainable use”, which the minister rightly notes as being enshrined in the constitution. She articulates the official position quite clearly when she writes that “lions do in fact form part of South Africa’s indigenous natural resources, and play an important role as an income-generating species”.

The commodification of vulnerable wildlife species, as expressed in a variety of policy documents, is a growing trend in South Africa. Extracting profit from these “natural resources” – alive or in parts – through legalised commercial farming and breeding, trophy hunting and trade, all governed by market economics, is increasingly seen not only as the most efficient mode of wildlife conservation, but also as an effective method to counter illegal wildlife poaching and trafficking.

In contrast, opponents around the world caution that the wildlife-industrial complex which is being created by government and its allies in the hunting and wildlife breeding lobby to generate multi-million dollar profits for a few people under the guise of sustainable economic growth is extremely ill-considered and will have detrimental effects on wildlife conservation.

The crucial question is this: are we willing to let a profit-hungry lion farming industry domesticate the pride of Africa’s wildlife heritage for the benefit of a wealthy hunting elite? DM