Cheap but dangerous: Should the Afghan Local Police have a future? 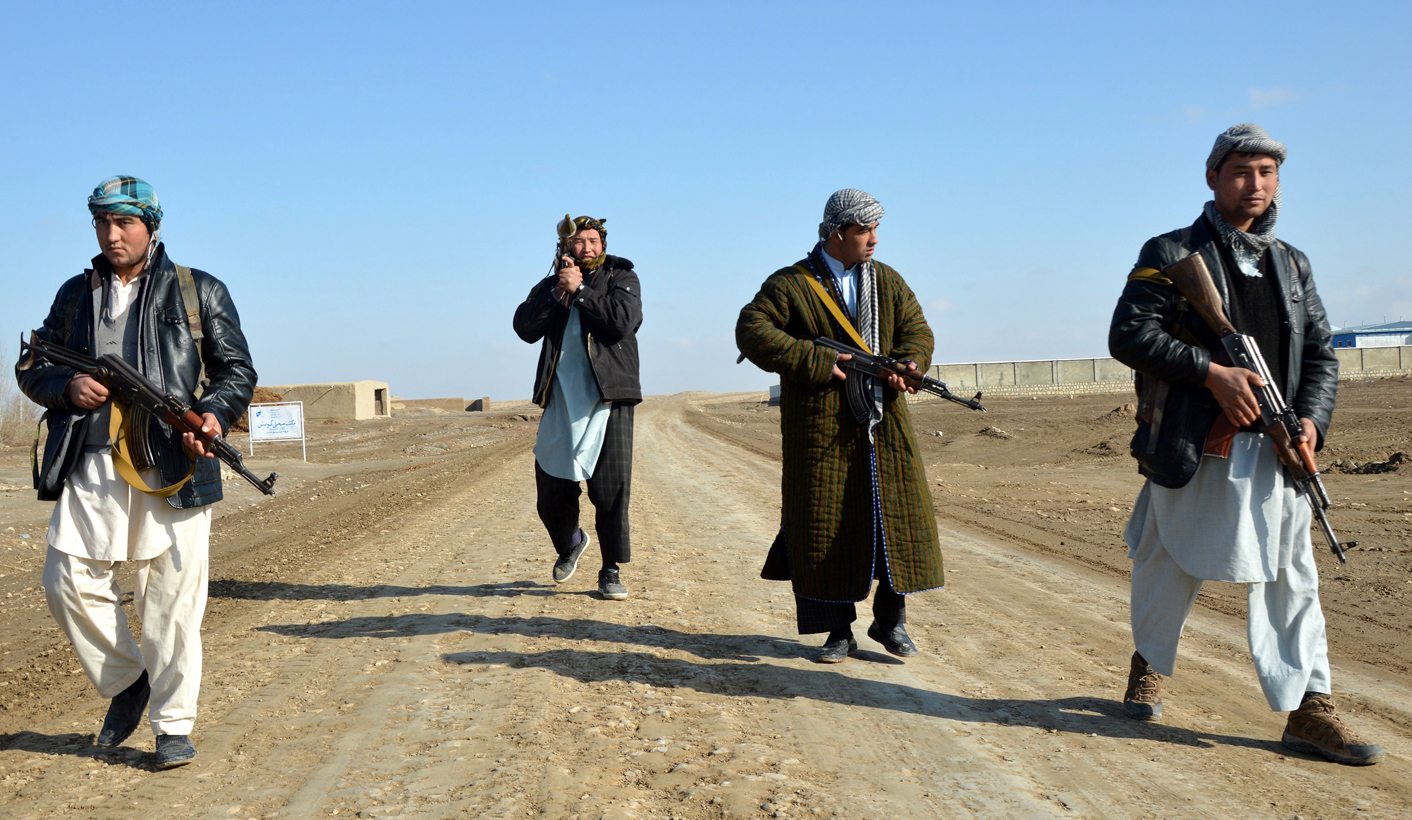 The Afghan Local Police began as a small US experiment but grew into a significant part of Afghanistan’s security apparatus. In hundreds of rural communities, members serve on the front lines of a war that is reaching heights of violence not witnessed since 2001, as insurgents start to credibly threaten major cities. The INTERNATIONAL CRISIS GROUP has compiled a report into whether it inspires violence instead of quelling it, and made recommendations on how, if it continues to operate, it should be reformed. These include stringent oversight and more accountability.

The Afghan Local Police (ALP) stand in the middle of a policy debate about whether the Kabul government can best defend itself with loosely regulated units outside the Afghan National Security Forces (ANSF) structure. The mixed record suggests that the ALP contribute to security where local factors allow recruitment of members from the villages they patrol and where they respect their own communities. But such conditions do not exist in many districts. The ALP and pro-government militias are cheap but dangerous, and Kabul should resist calls for their expansion. Reforms are needed to strengthen oversight, dismiss ALP in the many locations where they worsen security and incorporate the remaining units into the ANSF.

Since 2001, when intelligence officers arrived in northern Afghanistan to raise local militias against the Taliban, the US presence has been associated with a proliferation of irregular or semi-regular forces backed by American sponsors. None has approached the scale of the ALP, which has perhaps 29,000 men deployed in 29 of 34 provinces. Its predecessors were invented to meet short-term tactical requirements, such as assisting counter-terrorism teams in border regions; the ALP is a broader effort to correct strategic problems in the war against the Taliban. US planners realised they were sending Afghan forces into rural communities that treated them as outsiders because of their tribe, ethnicity or urban background.

Senior Afghan officials were reluctant to endorse community-based units, in part because they circumvented central government authority, but also because they resembled militias that had contributed to the civil wars of the 1990s. President Hamid Karzai eventually accepted the ALP concept after insisting the armed villagers would at least nominally be categorised as ‘police’ and answer to the interior ministry. He approved a 10,000-man roster as a two- to five-year temporary measure to address growing instability, although the programme rapidly expanded. Five years later, officials in President Ashraf Ghani’s government are considering plans to increase the roster to 45,000 and seeking money to continue the programme after the scheduled September 2018 expiration of US funding.

US and Afghan security officials also continue experimenting with other irregular units. Abdul Rashid Dostum, the first vice president and an ex-militia leader, has publicly called for a new force of 20,000. Already, security officials are attempting to raise about 5,000 militiamen in at least seven provinces as a stopgap against rising insecurity. Afghan officials who have qualms about hastily raised forces with little training may lose the internal argument if insurgent attacks continue growing in 2015-2016 as forecast, leading to more pressure for quick fixes.

However, the ALP programme has not improved security in many places and even exacerbated the conflict in a number of districts. A minority of villagers describe it as an indispensable source of protection, without which their districts would become battlegrounds or insurgent havens, but it is more common to hear complaints that ALP prey upon the people they are supposed to guard. Such behaviour often provokes violence: in 2014, an ALP officer was three to six times more likely to be killed on duty than his ANSF counterpart. At times, this reflected the way ALP units have become a central part of the war, singled out by Taliban as important targets. In other places, the high rate resulted from abuses – extortion, kidnapping, extrajudicial killings – that instigated armed responses. Teachers who feel outraged by ALP behaviour and pick up guns to attack an ALP outpost may have no connection to insurgents and may quickly return peacefully to civilian life. Such cases illustrate how ALP can inspire conflict, instead of quelling it.

The chequered history suggests further expansion of such forces would be a mistake, but an abrupt halt to the programme would give insurgents a military edge, and ex-fighters might also be drawn to banditry and other forms of lawlessness if not carefully reintegrated into society or the ANSF. New policies are needed to extend ALP units with proven good behaviour, while reducing the overall force and ultimately ending the programme. The mix of interventions required – strengthened oversight and integration into ANSF of units that would remain after poor ones are disbanded – includes additional training, vetting and discipline. Many domestic and international actors should be empowered to identify where the ALP contributes to instability, including the councils of elders originally convened to approve the programme. Oversight mechanisms should have power only to reduce or eliminate ALP where the programme is not working, not authorise bigger rosters or shift resources to new locations.

Only a minority of the existing ALP would likely pass muster in such a stringent system, but those remaining should receive pay increases equivalent to those received by the national police (ANP), and adequate support from the government and international community. Washington’s allies have been reluctant to get involved with the programme, but they should set aside their concerns as ALP members become bona fide policemen and leave behind the ALP’s history as a US military project.

To strengthen ALP oversight and identify units that worsen security

1.  Establish new mechanisms within the interior ministry (MoI) to discipline individual ALP members; cancel ALP rosters in districts or communities where the programme contributes to instability; and review the allocation of ALP by district, removing those resulting from political patronage, not security needs.

2.  Support the ALP Directorate’s Monitoring Unit to develop a permanent presence at provincial and district levels, with resources and authority needed to investigate individual members and entire units.

3.  Empower a variety of domestic actors to investigate ALP abuses and recommend to the ALP Directorate the dissolution of the programme in particular locations.

5.  Require that provincial governors’ monthly updates to Kabul include reporting on ALP performance, including human rights violations and assessments of contributions to stability or instability.

6.  Give oversight mechanisms power only to reduce or eliminate ALP where the programme is not working, not to authorise bigger rosters in any district or shift resources to new locations.

To the US Department of Defence

7.  Inform the ALP Directorate formally that the US will only continue funding if clear, measurable criteria are satisfied, including stronger oversight and accountability mechanisms; publish the criteria so funding conditions are transparent; and restrict funding if the criteria are not satisfied.

8.  Ensure that US commanders continue requesting reports from their analysts on ALP performance, including how district, provincial and national leaders employ and oversee ALP; and demand changes or criminal charges where the programme is misused or poorly overseen.

9.  Continue shifting US counter-terrorism resources away from remote locations and redeploying them in support of ANSF and ALP defending Kabul, major provincial capitals and key highways.

10.  Require US Special Operations Forces to replace on-the-job training for ALP with direct training in Kabul or major provincial centres, if not for entire ALP units, then at least for ALP commanders.

To the UN Security Council

11.  Give the UN Assistance Mission in Afghanistan (UNAMA) more resources for consultation and advocacy with the ALP Directorate, to encourage oversight and accountability, especially on human rights; and extend UNAMA’s cooperation with the Afghanistan Independent Human Rights Commission (AIHRC) to include technical support for investigating and correcting ALP performance.

12.  Authorise the hiring of additional staff at UNAMA offices outside Kabul to investigate ALP and convey findings to the US and Afghan governments.

To integrate remaining ALP into the regular police forces

13.  Promise and deliver to ALP not eliminated by more rigorous oversight compensation equivalent to the ANP’s.

14.  Respect the original guidelines of the ALP programme, including restriction to home villages; only defensive operations; equipping only with assault rifles and a small number of machine guns; and, especially, service only where accepted by local community leaders.

15.  Clarify the ALP Directorate’s role to eliminate chain-of-command ambiguity; and encourage ALP-ANP cooperation by joint exercises and other relationship building at the district and provincial levels.

16.  Direct all ANSF to give quick-reaction support to ALP, including medical evacuation, formalising if necessary the relationship with the Afghan National Army Special Operations Command (ANASOC).

To all donor governments

17.  Consider not-disbanded ALP units as full police and guarantee that their salaries will continue to be paid after 2018 through the same funding and accountability mechanisms that support the ANP.

To disband abusive ALP, along with militias

18.  Reintegrate into society ALP members eliminated by the new oversight mechanisms and members of other irregular or semi-regular forces. Do not recruit additional pro-government militias.

To the US government

Photo: Members of an Afghan Local Police (ALP) unit, also known as Arbaki, patrol in Qaly Zal district of Kunduz, province, Afghanistan, 08 December 2014. The Human Rights Watch organization has been criticizing that the US-supported ALP program has created a new form of armed group in the country without sufficient controll or accountability. EPA/JAWED KARGAR