Op-Ed: The conservation sponsorships of the future? 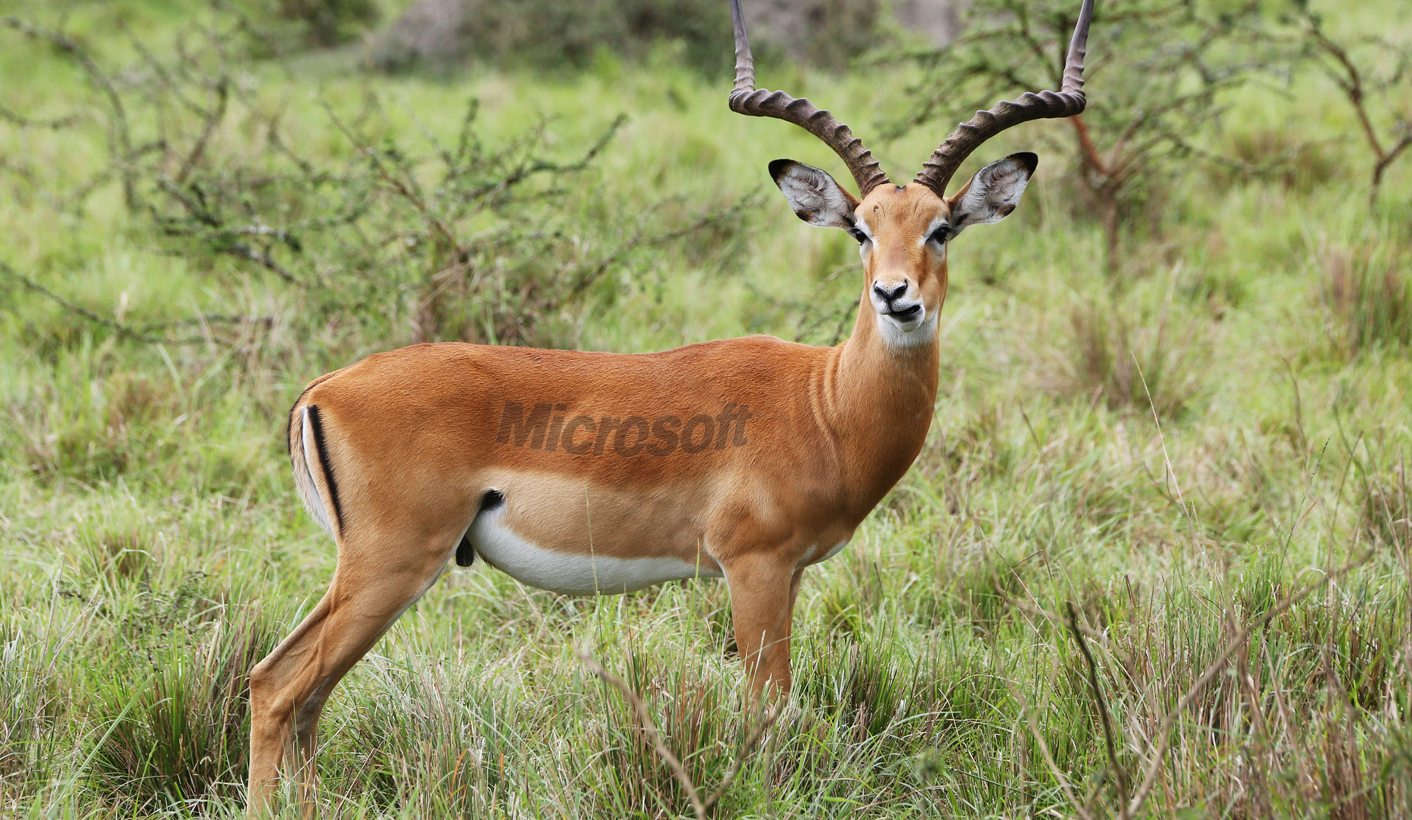 Coca Cola Kruger Park… Virgin Okavango… Microsoft Serengeti… are these the conservation sponsorships of the future? We’re a smart, resourceful species, and we have achieved wondrous things. But we have also left a trail of environmental havoc that will take trillions of dollars to fix. Should we care? Of course we should – our lives depend on it. But who will pay? That is the question. By PETER BORCHERT.

You would have to be a soulless or very desperate person not to see the wonder in the world around us: the form and shape of a great tree, the way that feathers settle around the body of a bird after it fluffs up in the early morning sun, the cast of an earthworm busily aerating the soil, the towering majesty of a mountain or the crashing of wind- and tide-driven waves.

Of course behind such inspiring beauty is the hard and unforgiving world of survival, a world that is indifferent to the fate of the individual: the starving orphan in Darfur, the flower struggling against all others to absorb enough nutrients to live, the dove insufficiently alert to the fast-approaching sparrowhawk, the fish-eat-fish world that lurks below the rhythmic swell of the ocean …

Are we any different as a species? Are we (apart from a fortunate few) not just another life form struggling to find enough nutrients and shelter to stay alive and procreate? Quite possibly we’re not. Across the span of all time, which sees everything come and go, we are after all no more than yet another speck on the cosmic canvas.

But then… we have evolved to have unparalleled manual dexterity and, most of all, an unmatched brain capable of rational thought, art, language, invention and a sense of time past, present and future. Our attributes have allowed us to create and do amazing things. The genius of Bach, Mozart, Wren, The Beatles, Michelangelo, Da Vinci, Aristotle, Shakespeare, Newton, Darwin, Einstein, James Watson and Francis Crick all bear testament to that.

We are extraordinarily successful. Yet our astonishing accomplishments have come at a terrible cost to our planet and the other life forms with which we share it. We have, with our numbers and in the name of progress, destroyed forests, ripped up grasslands and poisoned water systems. We are coming perilously close to denuding the oceans and creating an atmosphere that will make life uncomfortable if not untenable for a whole host of species besides ourselves.

Where is the rational thought in all of this? Where is the sense of time past, present and future? There simply is none. It just doesn’t make sense to be systematically destroying everything that supports us. Short-term greed and our insatiable consumption are pushing us towards a very uncertain place notwithstanding new and as yet uninvented technologies that might screen us from the worst scenarios.

So how do we convince our selfish gene that the best chance for our species lies in changing our behaviour? And what should the strategy be? Governments and their leaders appear to be incapable of making global decisions that lessen and mitigate our footprint upon the earth, and the financing of conservation and education is woefully inadequate, even among the wealthiest of nations. The work of individuals and NGOs is laudable, but it is dependent on the charity of a tiny number of wealthy people and the conscience money of the corporate sphere. The fate of the world shouldn’t be a charitable effort.

Some are beginning to muse and act on a vision that propels conservation along business models of efficiency and, at the very, least self-support. I don’t disagree with such an approach, but it has to move beyond being predicated solely on the current economic paradigm of growth and shareholder returns at all costs. Some conservation areas can prove profitable through tourism and other enterprise, but there aren’t enough of them to support the rest.

The monetary wealth of the world is hugely lopsided and in the hands of very few people. Based on current trends, Oxfam says it expects the wealthiest one percent to own more than 50 percent of the world’s wealth by 2016. Put another way, their wealth will have grown to US$110 trillion – 65 times the total wealth of the bottom half of the world’s population.

Maybe it will be this super-caste and the multinational corporations and brands they control that will see the sense behind preserving the great ecosytems of the world. Maybe sponsorship rather than charity will become the order of the day. But sponsorship too comes with strings and perhaps we’ll have to get used to the great game areas of Africa being branded like our sports stadiums – the Microsoft Serengeti, Coca Cola Kruger Park or Virgin Okavango – but let’s hope we can do better than that. DM