Of sunken slave ships and neo-imperialism 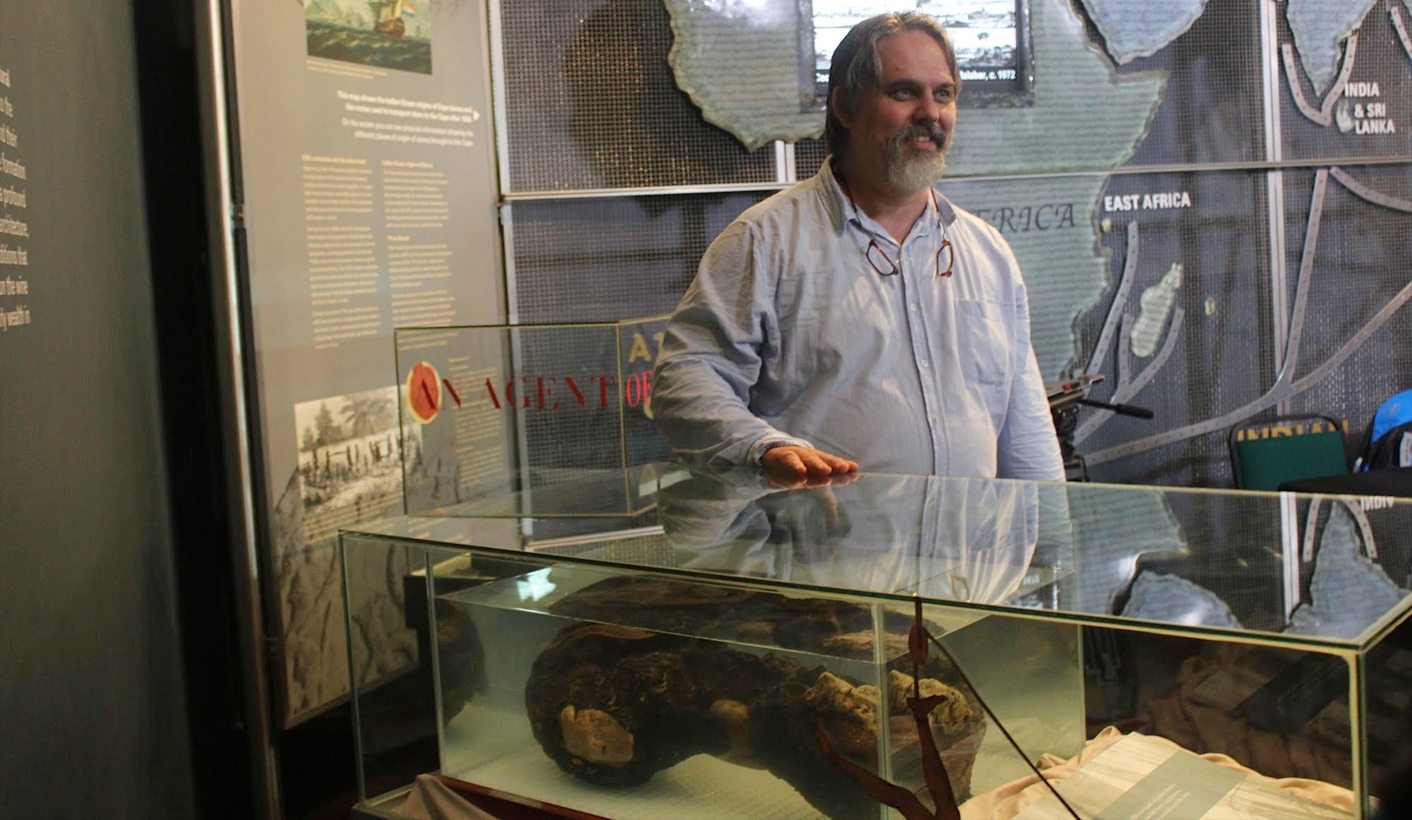 On Tuesday, at the Iziko Slave Lodge in Cape Town, researchers announced a profoundly significant archaeological discovery, made just off shore in Camps Bay. It’s the first discovery of the wreck of a slave ship which went down carrying slaves, in the late 18th century. Though Iziko “owns” the ship’s artefacts, they’re going on long-term loan to the USA. Sound your irony klaxons, readers. By REBECCA DAVIS.

Founding director of the Smithsonian African-American Museum, Lonnie Bunch III, was quoted by the New York Times last week as saying in a previous interview: “I really wanted something from a slave ship. How hard could that be?”

It turned out to be really hard, but he’s made it in the end. The museum “ideally”, wrote the New York Times, wanted “a slave shipwreck that was connected to the United States”.

They’ve had to make do with a ship which started life in Lisbon, bound for Brazil; which stopped off in Mozambique to enslave Mozambicans; and which ended up wrecked off the coast of South Africa.

Portugal, Mozambique, South Africa, Brazil: countries with a specific connection to the ship will have to wait. The artefacts taken from the ship off Cape Town are going on “long-term loan” to Washington.

The discovery of the ship has been a genuinely significant archaeological moment, which is why the story has attracted international interest. Never before has a wreck been found of a ship which met its watery end while transporting slaves.

Fielding questions from journalists at the Iziko Slave Lodge on Tuesday, American anthropologist Stephen Lubkemann suggested that one of the reasons why this might be the first discovery of its kind is because maritime archaeology has traditionally focused on different kind of vessels, such as war ships.

“The slave trade has been ignored in favour of other types of narrative,” Lubkemann said.

To speak of the ship being ‘discovered” is inaccurate; in fact, it’s just been correctly identified for the first time. Historians and divers have known of the ship’s presence, wrecked off the coast of Camps Bay, for decades. They thought it was an altogether different ship. It’s likely that bounty-hunting divers would have already stripped anything they could find of value from the ship, and archaeologists admitted on Tuesday that this material would likely be impossible to trace.

It was only in 2010 that the shipwreck was considered again. Local maritime archaeologist Jaco Boshoff, from Iziko, found an archival account of the wrecking of a ship in that area and decided another investigation was in order.

What they found, which tied the ship beyond doubt to the fact that it was being used to transport enslaved humans, were encrusted shackles and iron ballast – used to balance out the weight of human cargo.

Slowly the story was put together. The Sao Jose left Lisbon in 1794, to buy slaves at a Portuguese outpost called Ilha de Mozambique. The final destination for those slaves was in Brazil. The voyage was expected to take several months, with Cape Town used as a refreshment station along the way.

In Mozambique, the ship duly picked up more than 500 slaves. Off Cape Town, seeking harbour from strong winds, the Sao Jose hit rocks and ran aground on a reef.

“I could not envisage the terror those slaves had to go through, shackled in the belly of the Sao Jose, before it met its demise,” Iziko CEO Rooksana Omar said on Tuesday.

The crew all survived, but over 200 slaves drowned.

The remaining Mozambicans were taken ashore to Cape Town, and sold. Attempts will be made to trace their descendants.

Pal Tichmann, Iziko curator, reminded journalists that the history of such slavery was all around them. “We’re sitting in a building that once served as a slave lodge, where the Dutch East India Company enslaved the people who built Cape Town, in a sense,” he said.

The archaeological project which produced the artefacts from the Sao Jose was an international collaboration between Iziko, the Smithsonian African American History Museum, and George Washington University.

Representatives from all three institutions present on Tuesday spoke glowingly of the fruits of this transnational partnership. Smithsonian curator Paul Gardullo said that the work should serve as a “model” for future projects.

At the same time, all were careful to note the specific significance of the discovery for southern Africa. “This day is about the people of Africa,” Omar said.

“As an American historian I also want to emphasise that this is a crucial story in history in relation to the country of South Africa,” Gardullo said.

Yet if the people of South Africa, or Mozambique, wish to see the ship’s artefacts in their first exhibition in the “fall”, they will have to travel to the Smithsonian Museum in Washington.

Why would this be the case? It’s easy to speculate that the Americans bore the brunt of the research costs for the work, but this wasn’t among the reasons advanced when the Daily Maverick asked the question on Tuesday.

The loan to the Smithsonian, director Bunch said, was a “strategy to get the greatest visibility for this work”. He also said that it was vital that the ship be exhibited in the US because it would help Americans “do something they don’t do well’, which is to face up to slavery and its legacy in their history.

Earlier, Bunch had referred to slavery as “the last great unmentionable in [American] public discourse”. Slavery in South Africa is also arguably under-confronted, as compared with Apartheid, but apparently that’s a story for another day.

Bunch added, a trifle testily: “It’s coming back,” referring to the return of the exhibition of the ship’s artefacts to South Africa. There was no timeframe given. In the New York Times piece on the matter, it stated that the loan of the artefacts would be “long-term”, but that Iziko remains “the primary owner of the remnants”.

Among local media outlets, there was also some grumbling about the superior access which seemed to be granted to US broadcasters and press in advance of Tuesday’s Cape Town press conference.

It may seem petulant to be tussling over the remains of a slave ship in which 212 people – neither South African nor American, but Mozambican – died, but the point is a wider one. For centuries, African artefacts were plundered by European museums, in particular, for display – just another way in which the West profited off the spoils of Africa.

When a discovery is made off the coast of Africa, which has historical resonance mainly for Africans, and which is nonetheless promptly carried off to the USA, those at the top should expect some questions to be asked. It is, after all, a trajectory that was common in – when was it again? Oh yes, slavery. DM

Photo: Iziko marine archaeologist Jaco Boshoff displays the encrusted shackles and ballast found in the remains of the Sao Jose.