FIFA scandal: Could the South African co-conspirators be extradited to the United States? 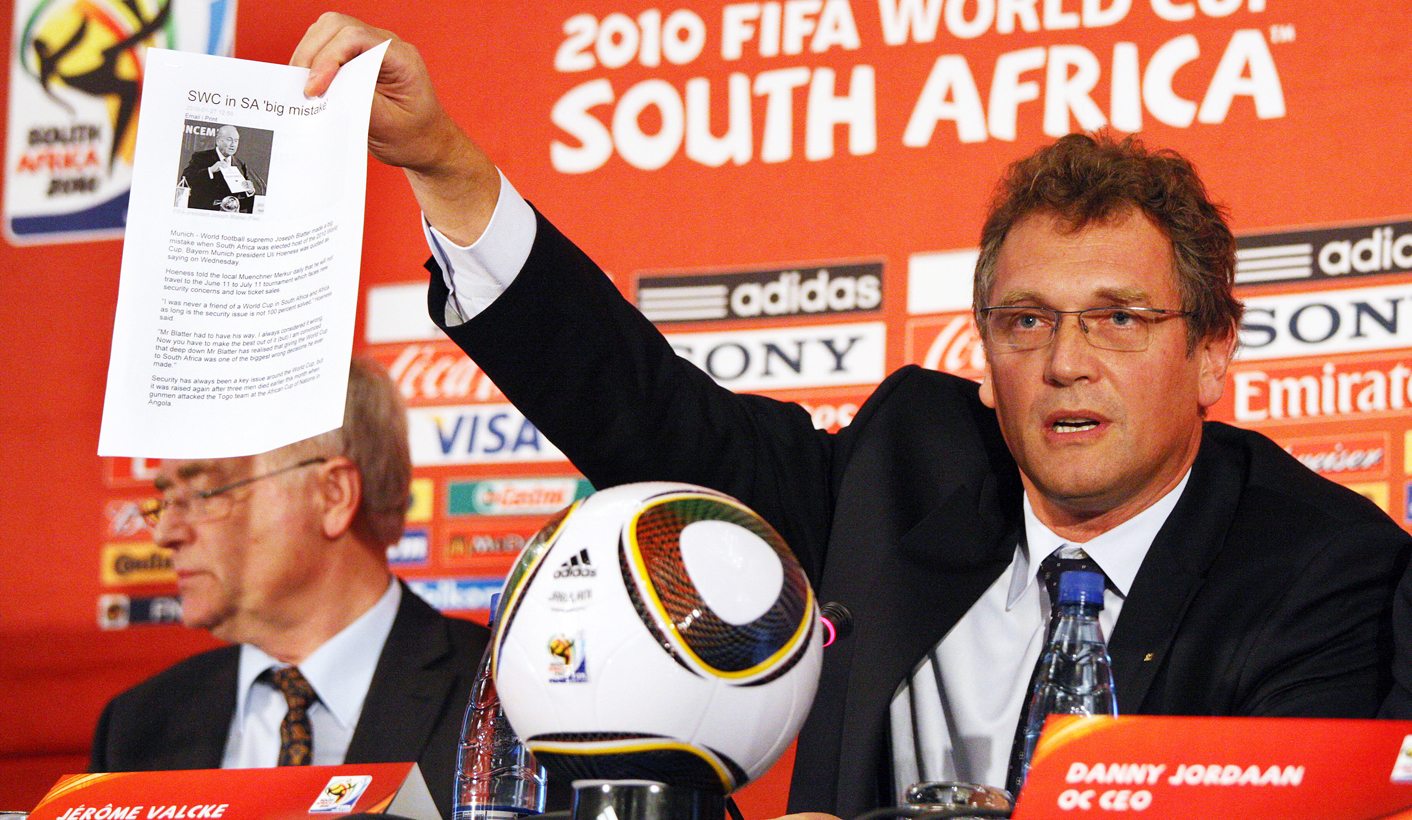 Although we all have our suspicions, we still don’t know the identity of co-conspirator 15 and 16 – the high-ranking South African officials who were fingered in the ever-growing FIFA corruption scandal. What we do know is that at least two people in government or the South African Football Association are very nervous indeed, and with good reason. By SIMON ALLISON.

The mystery continues: not a single South African name was among the six ‘Red Notices’ issued by Interpol on Wednesday. These are international arrest warrants that all Interpol member states are obliged to enforce, and should lead to the names mentioned being extradited to the United States, which through its Federal Bureau of Investigation is leading the criminal investigation into FIFA’s corrupt elites.

For now, the South African co-conspirators 15 and 16 have avoided being named and shamed. But as the investigation widens, it seems hard to believe they’ll escape the long arms of international justice.

But what happens when, as seems inevitable, co-conspirator 15 is identified and charged, and a Red Notice is issued in his name? Will the South African government really cooperate and hand him over to the American justice system?

Legally, South Africa doesn’t have much choice. There are two treaties that govern the legal relationship between South Africa and the US: the Mutual Legal Assistance Treaty and the Extradition Treaty, both signed in 1999. The wording of the latter is pretty clear: “The parties agree to extradite to each other, pursuant to the provisions of this Treaty, persons whom the authorities in the Requesting State have charged with or convicted of an extraditable offense.”

Extraditable offenses are any crime that is punishable in both countries by a jail term of at least one year. It’s a broad spectrum, and corruption certainly falls within this ambit.

Worse – from the accused’s perspective, at least – is that this extradition treaty is regularly enforced, and relations between the US Embassy in South Africa and the South African Police Service are excellent. “We do have extradition treaty with them, and there are quite a few other people that have been extradited. A week or two, we extradited three people to the US, to Mississippi. They are Nigerian nationals wanted for 419 scams,” said Brigadier Vishnu Naidoo.

Both Naidoo and the US Embassy confirmed that there is excellent law enforcement cooperation between the two countries. Naidoo, without realising the irony, pointed to US efforts to train South African police in anti-terrorism tactics ahead of the 2010 World Cup as an example of this. Another – one that both countries would perhaps prefer to forget – is South Africa’s participation in the Central Intelligence Agency’s extraordinary rendition program, allegedly hosting so-called ‘black sites’.

However, even if an extradition request were to be received on the basis of the investigation into FIFA, it could take a while for an extradition to actually take place. Rigorous procedures and the scope for court challenges means that extradition is a lengthy process (it took over a year to extradite those three Nigerians).

There are also potential loopholes that the suspects under investigation could take advantage of. A major one is Article 6 clause 2 of the Extradition Treaty, which states that “Extradition shall not be granted when the person sought has been convicted or acquitted in the Requested State for the offence for which extradition is requested”. In other words: If the co-conspirators were to be charged and tried in South Africa, they would not be eligible for extradition.

As the dragnet closes over FIFA, it seems likely that the South Africans implicated will have to face justice somewhere. DM

Photo: A file picture dated 27 January 2010 of FIFA Secretary General Jerome Valcke holding a copy of a newspaper article headlined ‘SWC in SA big mistake’ during a press conference in Johannesburg, South Africa. US authorities believe FIFA Secretary General Jerome Valcke is the top FIFA official behind a payment of 10 million dollars to accounts controlled by a former football official now under criminal investigation, the New York Times reported on 01 June 2015. Authorities are investigating the transfer of the sum, paid by FIFA on behalf of 2010 World Cup hosts South Africa, which had been unable to pay directly from government funds. EPA/JON HRUSA