‘Petrocalypse’ now and other Nigerian stories: What’s in Buhari’s inbox? 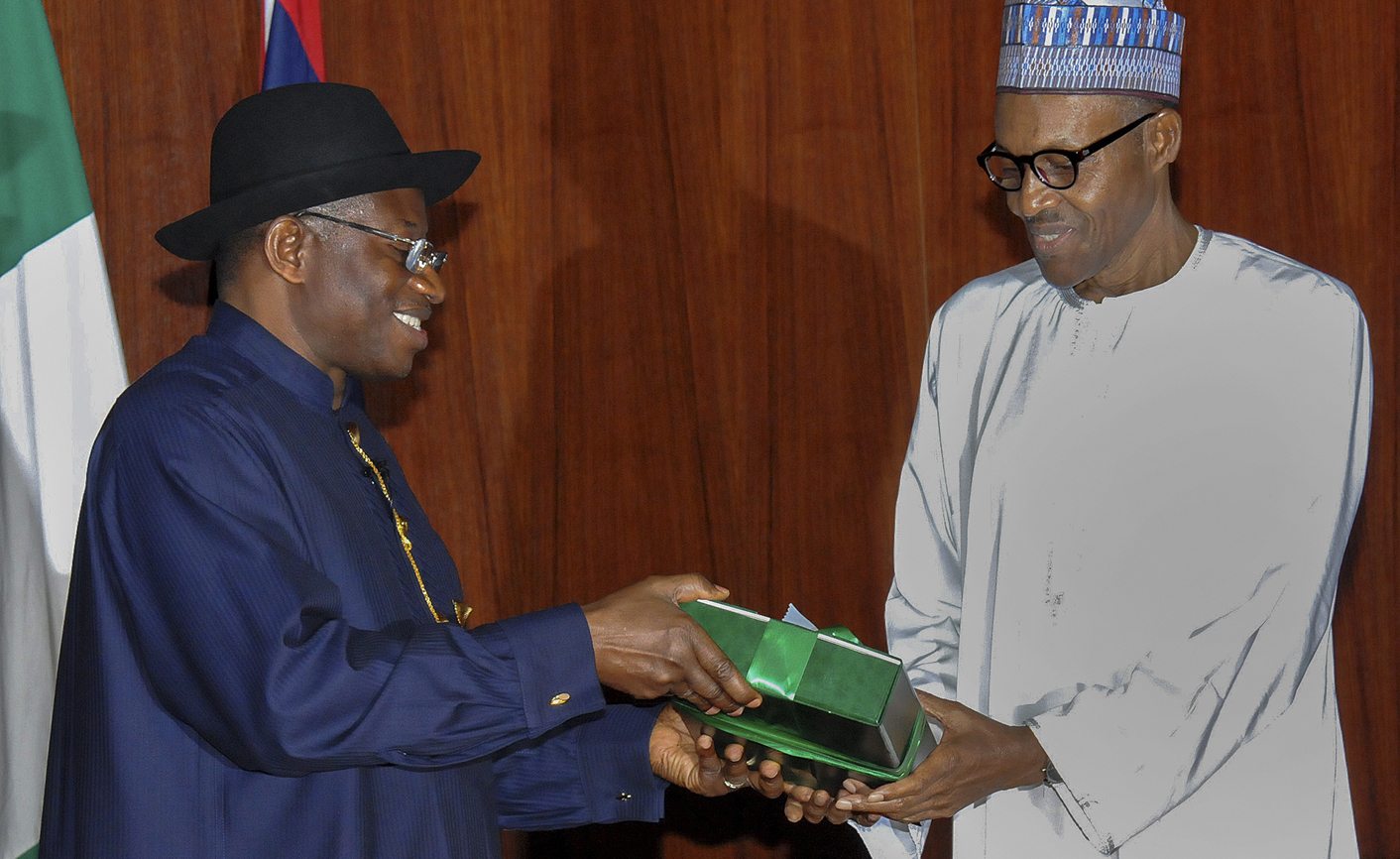 Nigeria’s new president takes office on Friday. Expectations are sky-high that Muhammadu Buhari will do things differently to – and, crucially, better than – his predecessor, but these might just make his job even harder. SIMON ALLISON looks at the Buhari administration’s most pressing concerns.

On Friday, in the vast expanse of Abuja’s Eagle Square, Muhammadu Buhari will become Nigeria’s head of state for the second time. Friday is also Democracy Day in Nigeria, and this year there’s less irony in the term than usual; despite his dictatorial past, Buhari takes charge this time with an unprecedented popular mandate.

There is little doubt that most Nigerians are glad to see the back of his controversial predecessor, Goodluck Jonathan, whose most significant act in office was to concede defeat in the March election. This means that Buhari assumed office on a tide of national goodwill – but also under pressure from stratospheric expectations, and burdened with lofty campaign promises that he simply can’t fulfil.

The new president has plenty of work to do, but these issues will be near the top of his overflowing inbox:

Another classic Nigerian irony: on the eve of Buhari’s inauguration, Africa’s largest oil producer is facing a nationwide petrol shortage. Bizarrely, Nigeria imports all its fuel at full market price as it has almost no refining capacity of its own, and the government provides massive subsidies to keep pump prices lower. But after a dispute over government payments, Nigeria’s petrol dealers stopped distributing, plunging the country into crisis.

“This latest scarcity of petroleum products is one of the worst many can remember, because almost no one can remember a situation where major businesses had to close early and flights were grounded due to a lack of diesel. When you add the revelations of the NNPC forensic audit – which indicted the corporation and called the way it operates unsustainable – as well as the problem of kerosene subsidy, Nigerians are tired and clearly desire a lasting solution. Therein lies the opportunity for Buhari’s government,” said Joachim MacEbong in Quartz.

After talks between government and the distributors, the crisis is easing somewhat, but Buhari will have to make some sweeping changes to ensure it doesn’t happen again. At the heart of the problem lies the state-owned oil company, the Nigerian National Petroleum Corporation (NNPC).

“His success or otherwise in fixing the company that manages the lifeblood of the economy – oil – could make or break his presidency and determine whether or not Nigeria lives up to its potential. Enmeshed in a web of patronage and allegations of criminality, the NNPC is, according to a vociferous group of technocrats, oil officials and politicians, leading Africa’s top oil producer on a path of self-inflicted decline,” commented William Wallis in the Financial Times.

A long-term saviour lies perhaps in Aliko Dangote’s $9 billion oil refinery, currently under construction, and which, as far as Buhari is concerned, can’t be finished soon enough.

There are three major reasons why Buhari is thought to be the man to sort out the Boko Haram crisis in northeastern Nigeria, and quickly.

One: Boko Haram are already on the back foot. Stung by international criticism, and with an eye on his reelection bid, Jonathan gave serious attention to the problem in his last few months in office. With a lot of help from private security contractors (the guns-for-hire formerly known as mercenaries), and by co-operating with the armies of Cameroon, Niger and Chad, Nigerian security forces have rolled back most of Boko Haram’s expansion. Buhari will be expected to press home this advantage.

Two: Buhari is a military man, and can reasonably expect a little more respect and co-operation from the armed forces. He is also thought to understand military matters better than Jonathan, and might be in a better position to provide the necessary resources (or, more importantly, to make sure those resources are deployed sensibly).

Three: Buhari is from the north himself, and Muslim. It’s no coincidence that Boko Haram prospered under Jonathan, who was not only Christian and southern but also controversial because of his decision to mess up the ruling party’s rotation between southern and northern leaders. Buhari’s background, on the other hand, will give him some breathing room with populations that may be sympathetic to Boko Haram – at least at first.

It won’t be easy, however. Boko Haram are organised and effective, and well-trained in operating as a guerrilla movement. And Buhari must be careful that, in focusing on sorting out security in the north-east, he doesn’t neglect other hotspots.

“Activists and political analysts say if Buhari focuses on repairing the northeast without coming up with a similar plan to help the underdeveloped delta, he risks reigniting conflict in the heart of Nigeria’s economic engine. ‘He has to find ways to use resources to address all these issues simultaneously,’ said Adigun Agbaje, a political commentator and a professor at the University of Ibadan.

‘There is a national consensus that the northeast requires a special focus but not to the determent of other issues,’” reported Chris Stein for Al Jazeera.

No man can run a country alone, especially when that country is Nigeria – Africa’s largest and arguably its most fragmented. Buhari will need a strong cabinet, preferably one appointed on merit rather than patronage. He’ll also need a co-operative legislature, and state governors willing to work with Abuja.

So far, the signs are good. Buhari has promised to appoint his cabinet himself, which is a break from tradition which gave state governors a strong say in appointments. He’s also said that his cabinet would be made up of people with requisite experience, and committed technocrats.

Another break from tradition is his insistence that he won’t interfere in contentious parliamentary leadership contests. “I am prepared to work with any leaders that the House or Senate selects,” Buhari said. ““It doesn’t matter who the person is or where he or she is from. There is due process for the selection of leaders of the National Assembly… and I will not interfere in that process.”

Can a leopard change its spots? Can an old dog learn new tricks? Can Buhari really distance himself from his past as one of Nigeria’s worst dictators?

“In many ways, the former military ruler who is set to be sworn in as Nigeria’s president on Friday, Muhammadu Buhari, remains an enigma. He seems composed of two such thoroughly contradictory strands – a former strongman who espouses democratic change – that it is hard to know which one will prevail when he takes over the government of Nigeria this week. Will the Muhammadu Buhari of 30 years ago show himself – the harsh military dictator who jailed journalists, inflicted physical humiliation on civil servants and expelled thousand of immigrants?” wrote Adam Nossiter in the New York Times. “The Mr Buhari of today shows little to no contrition for his younger self. He simply says that he has changed with the times and that he is now a thoroughgoing democrat.”

Other analyses suggest that Buhari’s heavy-handed past might be exactly what the country needs. “A part of me wishes the old Buhari would re-emerge – just for a couple of weeks. Countrywide swoops could net the Big Men and what might fall out of their pockets if they were turned upside down could replenish the state coffers. If he had a few tried and shot on Bar Beach I would not wave a protest banner outside the Nigerian High Commission. The rape of a rich country which has one of the highest infant death rates in the world – 74 per thousand – is no small crime,” observed the Royal African Society’s Richard Dowden.

Buhari’s past didn’t deter Nigeria’s electorate from giving him the top job; for now, it’s probably worth giving them the benefit of the doubt.

Like all politicians everywhere, Buhari and his All Progressives’ Congress (APC) weren’t afraid to make grand promises in the run-up to the election. Now they have to deliver – but already the backtracking has begun.

“During the campaign, APC had literarily pledged to ‘make a new heaven on earth’ if elected. However, the story turned after Nigerians voted overwhelmingly for the APC as the party leaders urged electorate not to expect miracles overnight. Speaking at a public function, the president-elect, Muhammadu Buhari said, ‘The expectation is too high and I have started nervously to explain to people that Rome was not built in a day. For this to be corrected, please, give the incoming government a chance’,” reported Ameh Comrade Godwin in the Daily Post.

Cunningly, the APC has been getting its excuses in early, with Jonathan’s administration – not necessarily unfairly – being scapegoated.

“Never in the history of our country has any government handed over to another a more distressed country: No electricity, no fuel, workers are on strike, billions are owed to state and federal workers, 60 billion dollars are owed in national debt and the economy is virtually grounded,” said APC national publicity secretary, Alhaji Lai Mohammed.

Nonetheless, Buhari’s big promise was change – how long will the electorate give him to deliver it? DM