Op-Ed: Non-violence – the foundation for dialogue and peace between those who live in South Africa 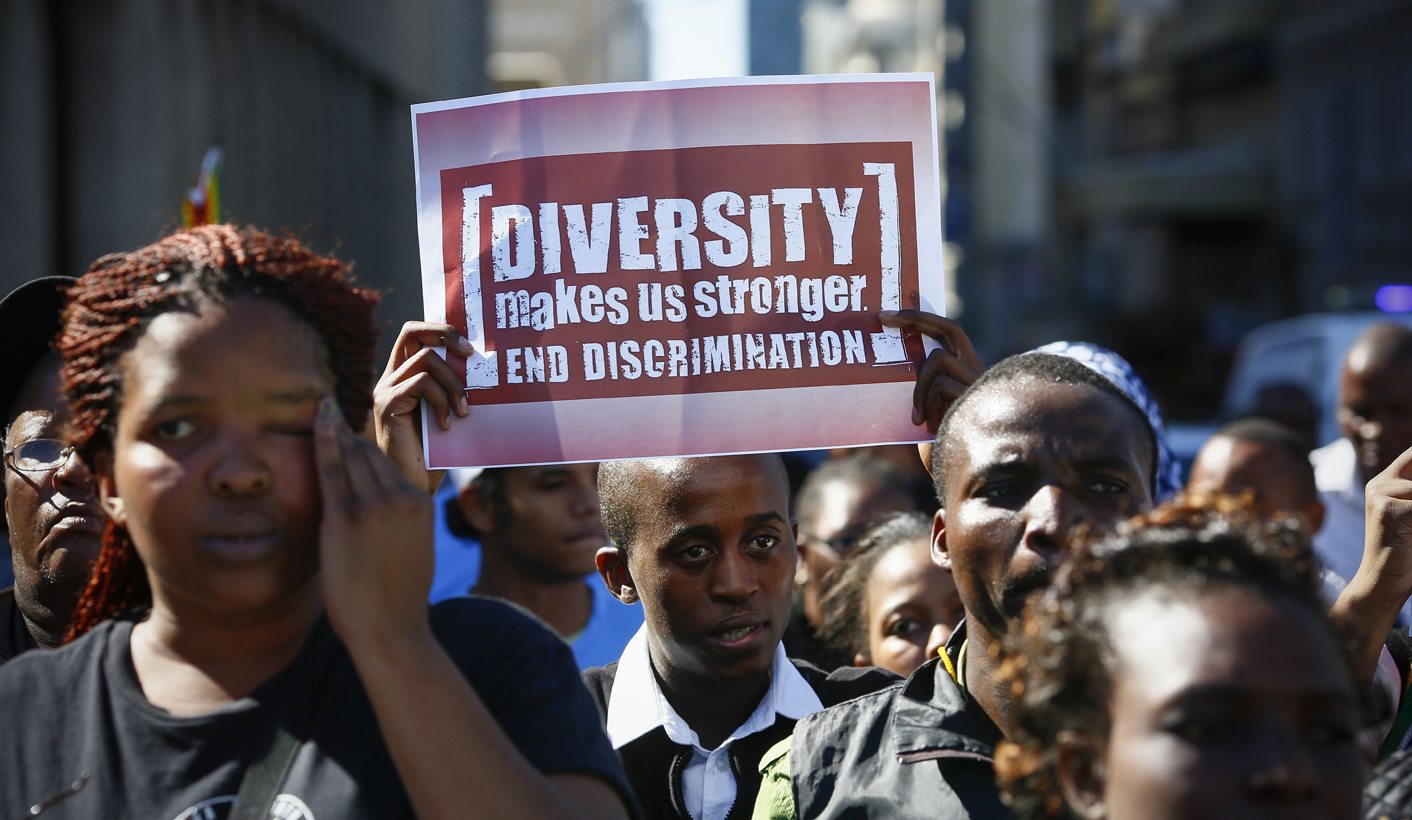 I grew up in South Africa with very little respect for ideas of peace and non-violence. It was not peculiar to me but what I observed around me – no one I encountered appeared to place much weight on peace and dialogue. Disapproval of force and violence may have been an implicit norm in schools but it never registered as being especially important to observe. Even though those who injured others were punished, perpetration of violent acts was not stigmatised. In fact, the opposite: it was being physically weak that carried a stigma. Both schoolboys and grown men were quick to use their fists and I later discovered that this extended to use of other weaponry.

Over the years I saw how often violence was used to decide disputes or make claims to resources and advantageous positions and how seldom reason prevailed, especially in white/black relations.

I mention boys and men because violence in South Africa and worldwide is gendered, for it is mainly men who commit violence against women, other men and boys. In South Africa this is true of all population groups though the reasons for resorting to violence may vary. In other words, apart from the lack of grounding in the principle of non-violence there is the quality of patriarchy that favours male rights over women and other men who do not conform to patriarchal norms of manhood. The weight of patriarchy is also manifested in models of masculinity that place excessive value on physical strength and power over others.

My initial involvement in politics was as a liberal. During this period the ANC was banned and Umkhonto we Sizwe was formed in 1961, although I did not know much about this and was not called upon to take a stand on non-violence. I remained at my school, subconsciously absorbing militaristic ideas of recreation through the practice of cadets marching once every week.

When I was a young man I did what I could as a liberal in the National Union of South African Students (NUSAS) and other liberal circles to voice my opposition to Apartheid and the injustices perpetrated against black people. I remember boycotting the annual intervarsity rugby match between UCT and Stellenbosch because of its segregated character. This was hard because in line with the models of manhood that were diffused in South Africa I admired the rough, tough encounters in the rugby matches.

This boycott of segregated activities became a line of demarcation demonstrating solidarity with black people. This was in accordance with what I understood from reading Mahatma Gandhi and Martin Luther King and I drew moral lessons from them, repeating phrases like “non-cooperation with evil is as much a duty as cooperation with good”.

While I read them I was not unequivocally committed to non-violence or opposed to violence on principle, partly because I did not then have to address the question of involvement with organisations that crossed the threshold of legality and non-violence until my mid-20s.

When I did take that step I stopped reading Gandhi and Martin Luther King Jr. I no longer saw their teachings as relevant to the course I had chosen. Although I still believe that the resort to arms in South Africa was justified I have returned to draw on the great deal that can be learnt from Gandhi, Chief Albert Luthuli and to some extent King.

I am still unconvinced that non-violence can achieve certain goals under repressive conditions. Nor do I believe that use of violence is necessarily to impugn one’s morality, when this is done in the face of repression as extreme as that under Apartheid.

I accept that it was morally, strategically and tactically correct for Umkhonto we Sizwe to be formed. But it is important to understand that the decision was taken after decades of peaceful struggle and it was only seen as justifiable to the membership as a whole and much of the oppressed community because all other means of redress had been and were seen to have been exhausted and indeed drowned in blood. I recently read of scholars raising the question of whether other means of opposition had been neglected. My understanding is that it is an illusion to believe that mass peaceful protest was possible at the time, for it had been violently repressed. Indeed not only the ANC and SACP but also liberals had met with repression.

When I came to associate myself with the ANC and MK I did not attribute great importance to the turn to violence, understanding it purely pragmatically. Indeed Nelson Mandela poses the difference between himself and Chief Albert Luthuli (who nevertheless came to reluctantly accept the need for armed struggle) as that of seeing non-violence as a principle in Luthuli’s case and simply a tactic in Mandela’s case.

While the resort to arms definitely entailed a choice of method in the face of very adverse conditions that may have related to strategies and tactics, non-violence, I have come to appreciate, is more than that.

My present understanding – and I believe it is an understanding that motivated Mandela’s search for peace and a negotiated settlement – is that non-violence is an unconditional good. It is a norm that is necessary for people who wish to relate to one another in a society that is at peace with itself. The resort to arms may have been heroic and entailed great sacrifices and involved noble conduct but it was nevertheless a conditional departure from an unconditional principle, that of non-violence and peace. The justification for resort to force was strictly limited in both time and the conditions that prevailed at that moment, conditions that no longer exist.

Non-violence is more than a tactic. It is a condition for peace, a condition that Mandela himself recognised as so important to achieve that he risked his own reputation by starting talks with “the enemy” without any mandate. And as a condition for peace in South African society, non-violence is the basis for democratic social life. It is the foundation of dialogical relationships between equal subjects. It is the antithesis of resolving disputes with fists or guns or knives. For public order law enforcement it means, apart from exceptional conditions, that to resolve protests of various kinds requires negotiation and listening, rather than bullets or batons.

Where violence exists, where one hits or shoots or hurts another person one relates to the Other in a reified manner. The human quality of the Other is extinguished insofar as the Other is designated as the Enemy. He or she becomes some indistinguishable part of an undifferentiated group that is targeted.

To use non-violence is thus a condition, a sine qua non, for a human society to interact as a community of equals who respect one another. That respect is not the respect owed to someone who has extraordinary qualities but the respect due to someone because of their humanity, their bearing the quality of a human being who walks on this earth and can think, talk, see, feel and act with others.

To strike another human being is to ignore or devalue the pain that they feel or even their life, if they are killed. To use violence against another human being, to hurt someone or violate them in any way is to negate the universality of the freedom we have won.

The gendered nature of violence in South Africa and elsewhere is related to patriarchy, and the extreme form of patriarchy that prevails in South Africa today is conducive to the violence. Consequently remedying the obstacles to peace needs not only a rationale for peace and non-violence but action to push back the boundaries of patriarchy and all acts of abuse against women and other vulnerable people in our society. DM

Raymond Suttner is a professor attached to Rhodes University and UNISA. He is a former underground operative and political prisoner. He writes contributions and is interviewed regularly on Creamer Media’s website polity.org.za. He has recently published Recovering Democracy in South Africa (Jacana). His twitter handle is: @raymondsuttner.