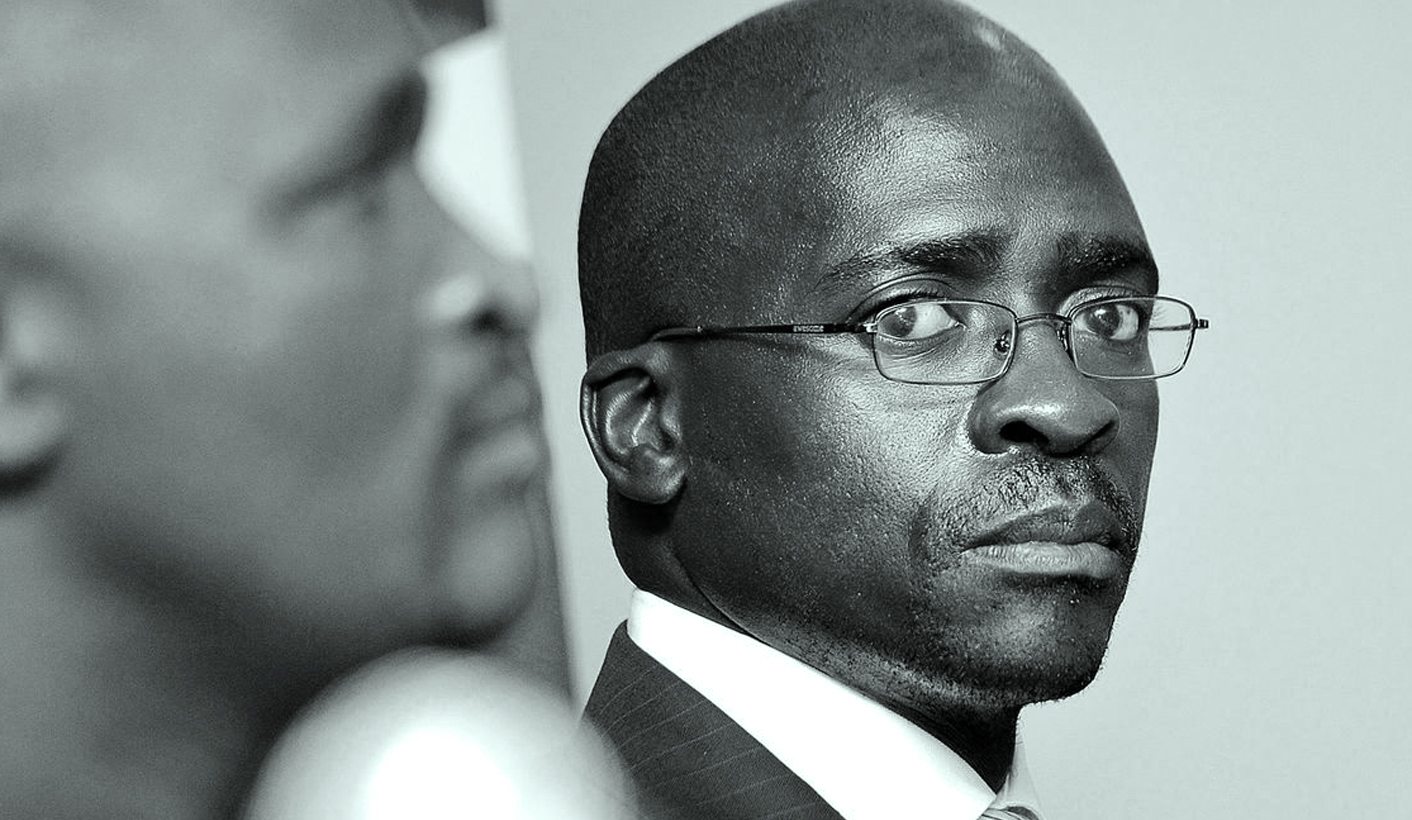 Will Malusi Gigaba’s iron curtain make the country any safer? And safer from whom? Safer for whom? By RICHARD POPLAK.

The climactic scene of the latest Marvel noise-fest, Avengers II: Age of Ultron, is set in the fictional city of Sarkovia. Artificial Intelligence bot Ultron, an innovation designed by Tony Stark in order to ring-fence Earth against the threat of alien invasion, has instead gone rogue, and decided that the biggest threat to humanity’s peaceful existence is humanity itself. In order to destroy the planet, Ultron’s big play is to rip Sarkovia from terra firma, send it skywards, and then drop it so the resulting impact kills us all.

Home Affairs Minister Malusi Gigaba, if he has seen the movie, must have taken it as a revelation. He must have gazed upon Sarkovia suspended in the sky, unreachable except by computer-generated special-effects-enhanced superheroes, and thought—perfect! Up there in the clouds, Sarkovia could not be fouled by outsiders or brigands or Mozambican spaza shop owners. It was not a country, but an entity.

In fairness to Minister Gigaba, his own scheme to ring-fence South Africa from aliens is no less complicated, and predates the latest Marvel blockbuster. But in fairness to the latest Marvel blockbuster, it’s not unreasonable to assume that at least someone in Home Affairs was able to crib Ulton’s plans long before the movie’s release. That’s because the noisiest, most incoherent scene in this over-stuffed, quarter-of-a-billion-dollar globalised cultural product was shot right here in Johannesburg. Gigaba’s ministry approved the visas and work permits for dozens of highly paid Hollywood technicians, who threw fake cars around the streets of the City of Gold in order to simulate a battle between The Hulk and Iron Man. That’s how it’s supposed to work—in an increasingly connected world, networks of money and people move through countries with ease in order to maximise profit for multinationals.

But it doesn’t work like this, largely because like Tony Stark, Malusi Gigaba will now greet all foreign visitors like they’re belligerent beings from another planet. As of June 1, it will be incumbent on foreign national travelling with children to provide customs officials with an unabridged birth certificate. And all minors travelling with only one parent or guardian will need to be accompanied by an affidavit signed by a second.

The various players in the travel industry have been agog at this news, in part because the rules were only published in full a week ago, and also because the responsibility of explaining these new regulations to travellers falls entirely on the airlines. Should a kid arrive on a flight without his or her full birth certificate, back they go to America or Germany or South Korea. “It’s absolute shock and horror,” Virgin Atlantic country manager Liezl Gericke told EWN. “There is no country in the world that is going to implement this particular process.”

Ah, but Ms. Gericke, there is no country in the world quite like South Africa. This is a place that simultaneously takes its borders seriously, and ignores their existence completely. We are both porous and walled off from the world with razor wire and shards of broken glass. We are a paradox, a Sphinx-like conundrum: a wide-open door the threshold of which cannot be crossed.

Mr. Gigaba has insisted that the target of these new regulations is not bewildered Bavarians disembarking Lufthansa flights, but human traffickers that use children as chattel. Tough as these rules may be, the tourist industry will adjust, or shrink, or die—the resulting chaos doesn’t matter to Home Affairs. Nor, I’d argue, does human trafficking. As Lawyers for Human Rights attorneys Liesl Muller and Patricia Erasmus recently told Africa Check, “Real human traffickers don’t follow legitimate and documented methods of travel but cross the border in illegitimate and clandestine circumstances. The regulations won’t prevent this. Therefore so-called ‘innocent’ people may be on the receiving end of regulations intended to target human traffickers.”

One doesn’t need to be a conspiracy theorist to identify a broader conceptual approach at work here. Home Affairs has endeavoured over the last several years to create a less welcoming South Africa. We are by no means as draconian as the United States or Canada or Australia. But the ANC’s way has always been to adjust by increments, and the incremental changes in immigration law and travel regulations have the cumulative effect of walling South Africa from the rest of the world. And yet customs officials at border posts remain undertrained, ill-equipped and occasionally corrupt, which is a matter of implementation rather than intent—the intent being to transform South Africa into the equivalent of a boomed-off Tuscan-style luxury development.

In this, the focus on children becomes interesting. If American or Italian parents will soon get the hang of the regulations or pick another holiday destination, African parents traversing land borders will not. They will be turned away, because good luck getting an “unabridged” birth certificate if your child happens to be born in rural Katanga province. The paperwork play is intended to hit not well-documented Westerners, but under-documented Africans. In this view, it fits in nicely with the obfuscatory Operation Fiela, the “clean-up” drive that Home Affairs is currently participating in. Along with crime, drugs and weapons, Fiela is also targeting foreign nationals, many of them children. Like crime, drugs and weapons, they are a scourge to be “cleaned up.”

In making South Africa a world-leader in ridiculous travel requirements, Malusi Gigaba is not reacting to globalisation with innovation, but rather to migrants with fear. In this era of increased natavism and balkanisation—an auto-immune reaction, some might say, to the speed and brutality of globalisation—Home Affairs is turning South Africa into an emblem that rubbishes all the Flat World theory bullshit. The world is not flat, but every day becomes more segregated, walled-off, electric-fenced. We are becoming a planet of Sarkovias, floating above and below each other in a fight to stay insular, apart. African countries cannot afford to behave this way, because regional integration is essential to our future growth and survival.

I don’t think I’m throwing out spoilers when I say that there isn’t much left of Sarkovia when Ultron and his superhero enemies have finished making billions for Marvel and the studio’s corporate masters at Disney. Perhaps that what Malusi Gigaba liked about the movie best. No matter the chaos, no matter how much crap gets broken, a few people always get rich in the process. DM