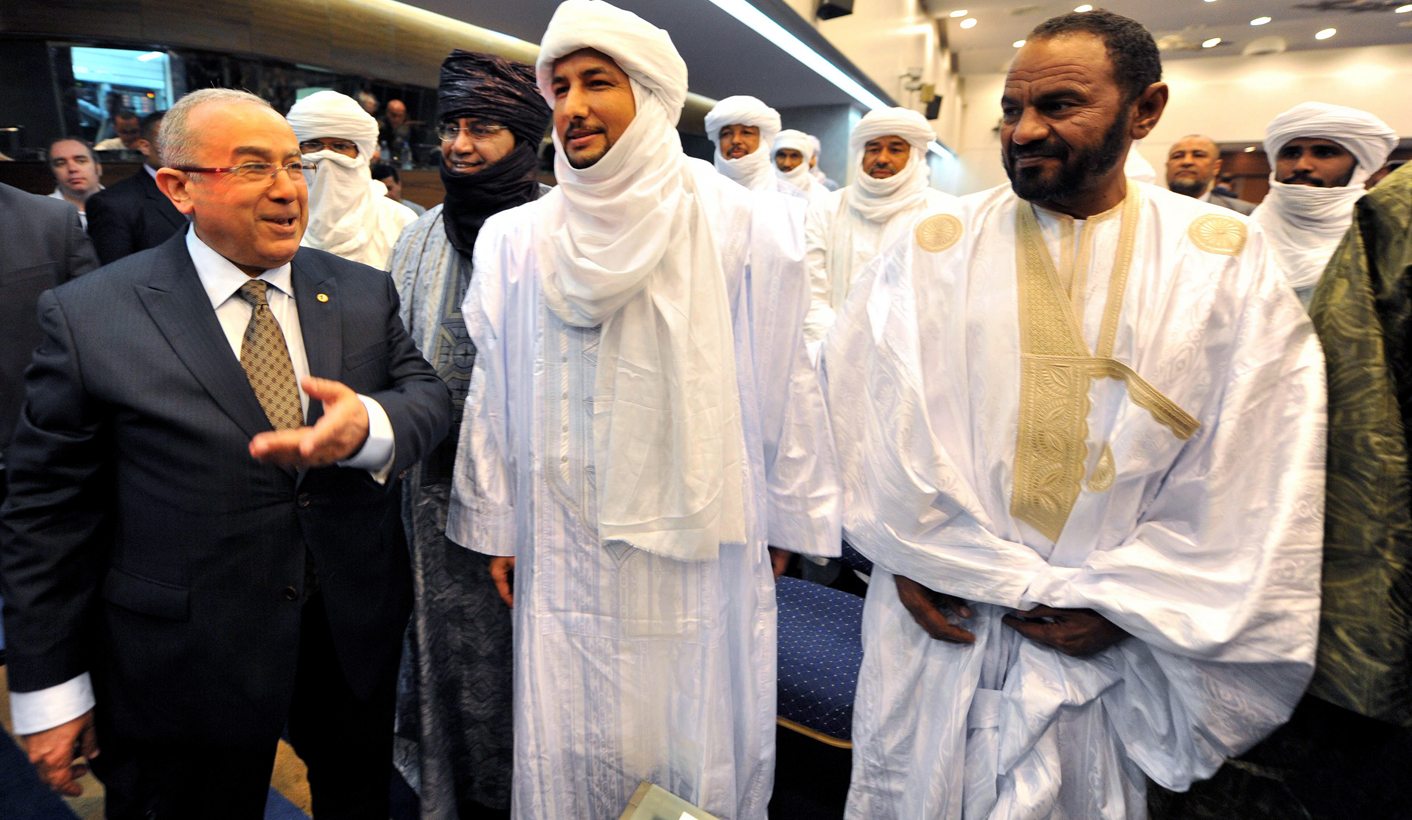 After eight months of negotiations between Malian parties, the government and some armed groups signed an agreement on 15 May 2015 in Bamako. Fighting has resumed, however, in the north and centre of Mali. Crucially, the Azawad Movements Coalition (CMA) has still not signed the agreement. It initialled the text on the eve of the ceremony, but demands further discussion before fully accepting it. And an agreement without the signature of the main coalition opposing the government is of little value, and will likely make disarmament impossible. A report, with recommendations, by the INTERNATIONAL CRISIS GROUP.

As a start, the mediation team should establish a framework that would allow for further talks, and Malian parties should return to the negotiating table at the earliest opportunity. The UN Security Council and its UN Multidimensional Integrated Stabilisation Mission in Mali (MINUSMA), backed by France, must take a stronger stance against violations of the ceasefire.

All actors bear responsibility for the recent resumption of fighting. A significant part of the Malian political and military leadership still pursues the idea of seeking revenge for their earlier defeat at the hands of rebels through military means. There is a real danger that elements within the government try to portray non-signatories to the Bamako deal as spoilers to be dealt with militarily – an option that would have disastrous consequences.

The government has problematic ties with groups within the Platform coalition, northern opponents of the CMA that regained control of the town of Menaka on 27 April. Meanwhile, some of the CMA’s demands are unrealistic and it continues to ignore the profound diversity of the northern populations, not all of which support all aspects of the CMA’s agenda. International mediators have imposed their own security agenda and have been too quick to close the door to further talks. Despite weeks of pressure, the CMA has refused to sign the peace agreement, but the mediators were nonetheless adamant about holding the ceremony on 15 May. During the ceremony, tensions between the Malian president and the UN under-secretary-general for peacekeeping operations revealed substantial divergences on the process that should follow the signing.

Although no agreement is perfect, the proposed document has clear shortcomings. It repeats mistakes of the past, encouraging, for example, models of decentralisation and clientelism that have failed to bring peace. Rather than trying to change a deeply flawed political system, it seeks only to strengthen the institutions within it.

The Malian parties, who refused to engage in direct dialogue, inherit a document that is written mostly by international mediators and in part reflects the mediators’ own interests. It prioritises the restoration of order and stability rather than aiming to meet a desire for genuine change that runs deep among northern populations. The agreement makes scant mention of issues like the access to basic social services, jobs or justice – concerns at the heart of popular demands. Prioritising security overshadows the need to restore the state’s social function across the Malian territory.

While the signing of the agreement closes the framework of dialogue without being able to include all belligerent parties, renewed fighting over recent weeks threatens parts of the country. The attack on Menaka took place on 27 April following the CMA’s proposal to initial the agreement in exchange for a resumption of talks before signing. The renewed fighting indicates that months of negotiations did not resolve the lack of trust between the parties. Hardliners on both sides appear uninterested in signing an agreement that includes all actors and instead took advantage of the deadlock to relaunch offensives. Neither the presence of MINUSMA nor the threat of sanctions has been sufficient to deter ceasefire violations in late April.

The Platform’s groups, which represent genuine interests in the north, are in part being manipulated by hardliners within the Malian government, who use them as proxies to avoid the Malian army directly engaging in combat. The risks of the conflict spreading are all the more worrying given that other parts of central Mali have been the scene of unprecedented insecurity in recent months.

With armed groups becoming increasingly community-based, the resumption of fighting can lead to their further fragmentation and additional civilian casualties. To prevent Mali entering a new cycle of violence despite the signing of the Bamako agreement, political discussion must prevail over diplomatic coercion or military force.

1.  Re-establish and ensure the observance of the ceasefire. To this end, MINUSMA must, with the support of the UN Security Council, show its determination to implement targeted sanctions in cases of proven violation.

2.  Secure Menaka for an interim period following the Platform’s negotiated withdrawal and CMA’s commitment to maintain its troops outside the city.

3.  Adjust the missions of the Barkhane French force to help MINUSMA ensure the observance of the ceasefire and secure Menaka following the Platform’s negotiated withdrawal.

4.  Extend the activities of the Barkhane force to dissuade the main drug traffickers from engaging in military activities to conquer or protect territories.

5.  Convince, together with other Malian partners, President Ibrahim Boubacar Keïta (IBK) to clearly rule out any military options promoted from within his entourage and to pursue dialogue with the CMA.

To all Malian parties involved in the conflict:

6.  Abstain from violating the ceasefire or face serious consequences. Signatory parties must refrain from considering all non-signatories to the agreement as hostile to the peace process as long as they respect the ceasefire agreement.

7.  Accept the international mediation team’s offer to engage in a final round of discussions intended to secure all parties’ support and find room to improve the agreement.

To the Malian government and the 14 June Platform:

8.  Favour direct political dialogue with CMA following signature of the agreement and, for this, call on moderation from the Platform coalition rather than encourage military operations.

To the Azawad Movements Coalition (CMA):

9.  Publicly accept direct dialogue with the government as well as with the 14 June Platform.

10.  Drop the most unrealistic demands at this stage of the negotiation process and recognise the profound diversity of the northern populations in relation to the CMA’s political agenda.

To the international mediation team:

11.  Revive a complementary phase of negotiations that brings in as many actors as possible in support of the peace agreement.

12.  Strengthen the agreement with additional clauses and by seeking consensus on its implementation. These clauses should suggest specific ways to resolve local conflicts, an important component of the crisis in northern Mali, through political dialogue instead of armed violence. They should also give priority to restoring the state’s social function across the Malian territory and underline the need for effective implementation of development programs. DM

This feature was first published here.

Photo:  Algerian Foreign Minister, Ramtane Lamamra (L) welcomes Malian Secretary General of the Coordination of the Movements of Azawad (CMA) group, Bilal Agh Cherif (C), before a signing ceremony for a peace agreement between the Malian government and armed groups, in Algiers, Algeria, 14 May 2015. EPA/STR