Africa Day: Is the African Union worth celebrating? 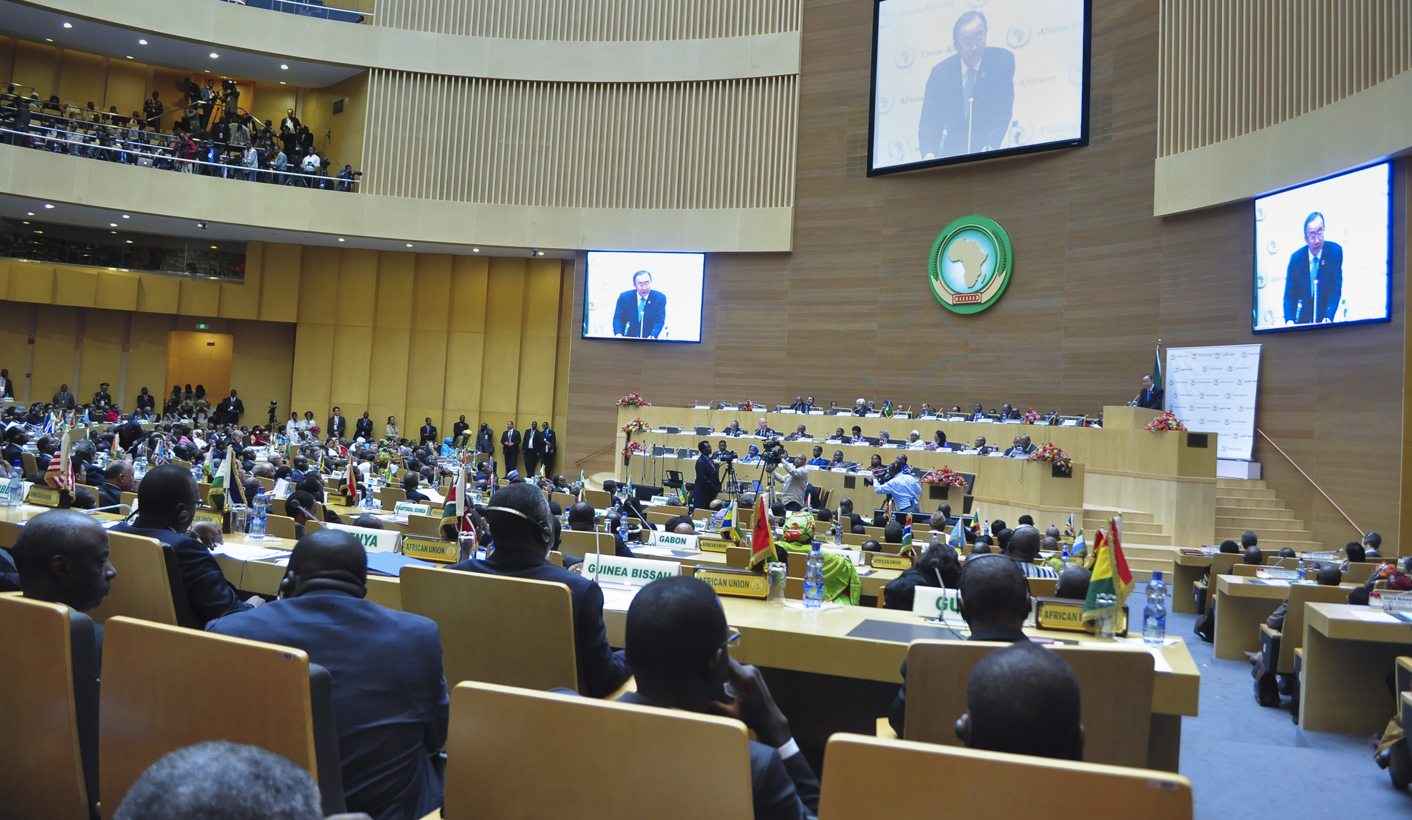 On the eve of Africa Day, South African President Jacob Zuma issued an instruction to his citizens. “Starting today every school, church or community, choirs and individuals must practise the African Union anthem, so that we can sing [it] at all our important gatherings and celebrations,” he said. “If we start with our generation now that they sing it and understand it in schools, we have begun to plant a patriotism that will never go away to our citizens.”

Just in case you aren’t already familiar with this ode to pan-Africanism, this hymn to the ghosts of Kwame Nkrumah and (lest we get carried away) Muammar Gaddafi, here’s a taster:

Let us all unite and celebrate together

The victories won for our liberation

Let us dedicate ourselves to rise together

To defend our liberty and unity

O Sons and Daughters of Africa

Let us make Africa the Tree of Life

In theory, African unity is a wonderful, eminently sensible concept with a distinguished history. It is embodied in the popular imagination by this continent’s most famous leaders and intellectuals: Thomas Sankara, Julius Nyerere, Fela Kuti, Kwame Nkrumah.

Hence Africa Day, which is therefore not just about celebrating African unity, but also about celebrating the African Union – the much-maligned continental body that is supposed to embody the pan-African ideal.

It’s fair to say that the AU is not universally loved. Handicapped from the start by its association with Gaddafi – who drove and bankrolled the transition from OAU to AU, doubtless with designs on continental leadership in mind – it has a reputation for staying silent on important issues, while legitimising the very worst of Africa’s leaders. Some call it the dictator’s club. With Robert Mugabe currently serving as chairperson, the nickname is likely to stick.

But does the institution deserve its poor reputation?

“Alas, a typical sitting on the fence response: yes and no,” said Piers Pigou, Southern Africa project director at the International Crisis Group. “It’s relatively early days…13 years since the establishment of the AU, and there have been a number of important developments in terms of policy and stated commitments, from taking greater responsibility for dealing with continental conflicts, to efforts to lessen financial dependency (this seems to be a stated intention rather than reality). But there remain an array of deficits and problems that should caution us from complacency and faux revelry. [Africa Day] is intended as a positive reflection, an affirmation of progress which I would argue is necessary, but I would like to see it being used as a platform for recognising, profiling and recommitting to key challenges that relate to core AU principles and objectives.”

It’s worth recapping a few of AU’s success stories. On the peacekeeping front, the AU’s presence in Somalia is almost all that keeps the transitional government in power, and stands between the current semblance of order and complete anarchy. On the counter-terrorism front, the AU has spearheaded a comprehensive and relatively progressive unified counter-terrorism strategy, including a model law for countries to adopt. On the regional integration front, the AU has been key in promoting and supporting regional economic communities such as the East African Community (EAC) and the Southern African Development Community; at least as far as the EAC is concerned, huge progress has been made in making cross-border trade cheaper and easier, and facilitating freedom of movement across borders.

Individually, these are all significant achievements. Together, and with others, they represent major progress for an organisation that operates under a couple of huge and under-appreciated constraints.

Constraint number one: Finances. In today’s world, money is power, and the AU doesn’t have much cash. In fact, it is unable to support itself, and is reliant on donor funding for more than half of its operating costs. This is partly because Africa itself if relatively poor, and partly because so many member states don’t bother paying their dues. The AU Commission is desperate to move away from donor funding, which always comes with strings attached, but so far member states have been reluctant to put up the necessary extra funds. In practise, this means that the AU is unable to launch military interventions without the backing of a major foreign power, or even to put serious resources into implementing its own decisions.

Constraint number two: its representative nature. The AU functions on the principle of one country, one vote. This sound democratic practice is also its Achilles’ heel, however. With many African countries still under authoritarian leadership, values such as human rights and development are not always at the top of the agenda. To push these values, the AU must navigate through plenty of internal opposition. That it does so at all is testament to the drive and commitment of many AU staffers.

The AU is an imperfect institution. It’s not going to single-handedly solve Africa’s problems; nor does it resemble the institution promised by those seductive pan-African dreams (or that lofty continental anthem). The continent is, however, better off with the AU than without it; and that, surely is worth celebrating. DM

Photo: A general view of the 24th Ordinary Session of the African Union Summit, Addis Ababa, Ethiopia, 30 January 2015. The summit will amongst other topics discuss the ebola outbreak in West Africa. EPA/DANIEL GETACHEW