Illicit finances: Mbeki’s plan to ‘Track it. Stop it. Get it’ 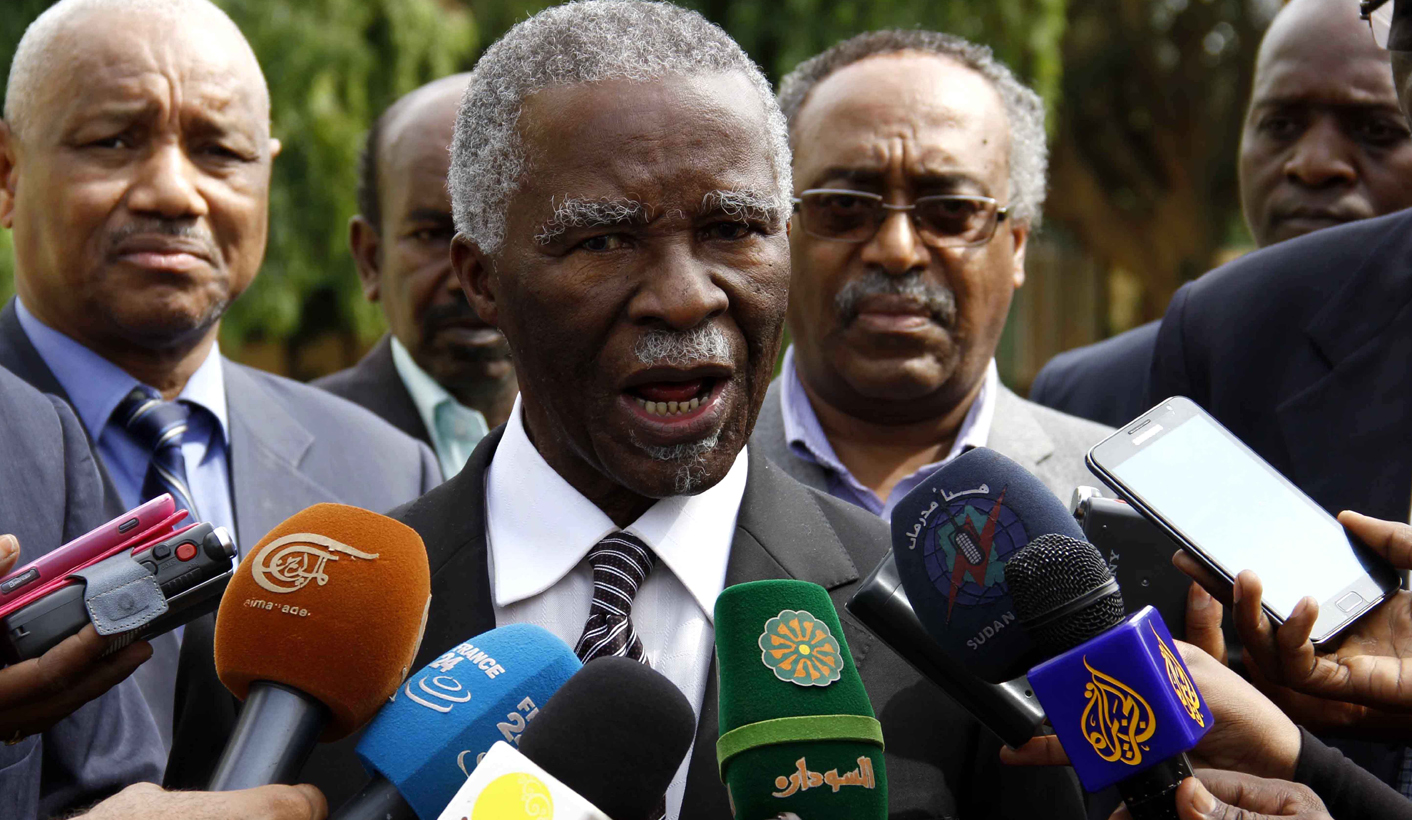 Speaking at the Pan-African Parliament on Thursday, former President Thabo Mbeki said Africa was losing at least $50 billion each year in illicit financial flows. The issue is crucial to improving development and is receiving increasing attention as the continent starts looking not just at what comes in through aid and foreign investment but what goes out through illicit transfers. By GREG NICOLSON.

Mbeki concluded his speech by quoting the African Union declaration on the issue: “Our heads of state and government said they were aware that the problem of illicit financial flows is exacerbated by corrupt tendencies of government agencies, by weak African institutions both at national and continental levels in all sectors, governance challenges, political instability and conflicts, weak tax administrations and lack of capacity to monitor and curb such criminal activities among others.”

The former president said these were the “areas on which our elected representatives need to focus to retain within our continent the valuable resources that will help us achieve a better life for all for the billion Africans, to which all of us are committed”.

The Pan-African Parliament adopted the Report of the High Level Panel on Illicit Financial Flows from Africa on Thursday and this week stakeholders met in Johannesburg in a separate conference linking illicit financial flows to human rights. The issue continues to gain attention ahead of the Post-2015 Development Agenda discussions, which will build on the Millennium Development Goals (MDGs).

Working with stakeholders from around the continent and the world, the panel, which Mbeki chaired, requested the Economic Commission for Africa of the United Nations to estimate the financial impact of illicit financial flows. They found that between 2001–2010 African countries lost up to $407 billion from trade mispricing alone. Looking at three different studies, illicit outflows from Africa were found to range from at least $30 billion to $60 billion a year.

The panel, which was established in 2012, also provided case studies in its report and practical illustrations of how illicit financial flows work. One example explained abusive transfer pricing in South Africa. The report says a multinational company avoided $2 billion in taxes by claiming large parts of its activities were in the UK and Switzerland, which, when, investigated was not true. “The company’s customers were often in South Africa, but for each transaction, a paper trail was created that would route the transaction through the Swiss or UK offices to give the impression that these offices were critical to the business. The South African authorities were able to reclaim the tax that was avoided because it was clear that the substance of the company’s activities was conducted in South Africa,” reads the report.

The report also explains how producers could be misinvoicing oil from Nigeria, leading to 100,000 barrels a day leaving the country untaxed. Company misinvoicing amounts to the majority of illicit financial transfers. The report also explains the practice SIM box fraud, which sees international calls diverted so they appear as local calls, avoiding tax costs. Estimates say the practice costs Kenya $440,000 per month in taxable revenue.

The report cites a study estimating the potential impact of ending the practice. It found “the Central African Republic would be able to reach the MDG indicators in 45 years compared with 218 years at current rates of progress. Other striking examples are Mauritania, 19 years rather than 198 years; Swaziland, 27 years rather than 155 years; and the Republic of Congo, 10 years rather than 120 years. Perhaps most striking is the finding that if [illicit financial flows] had been arrested by the turn of the century, Africa would reach MDG 4 [reducing child mortality] by 2016.”

The African Union could soon advocate on the issue pushing a campaign with the slogan: “Illicit financial flows from Africa: Track it. Stop it. Get it.”

The report also offers other recommendations, the ultimate goal being the end of illicit financial outflows from Africa. The most prevalent challenge is states’ lack of capacity to curtail the outflows, but gains could be made by enforcing clear and concise laws, increasing customs checks, increasing institutional support to investigate the issues, calling for ownership transparency, and creating an automatic exchange of tax information among African countries. DM