Cricket: It’s no Steyn on you, Bangladesh, it’s jus...

Cricket: It’s no Steyn on you, Bangladesh, it’s just science 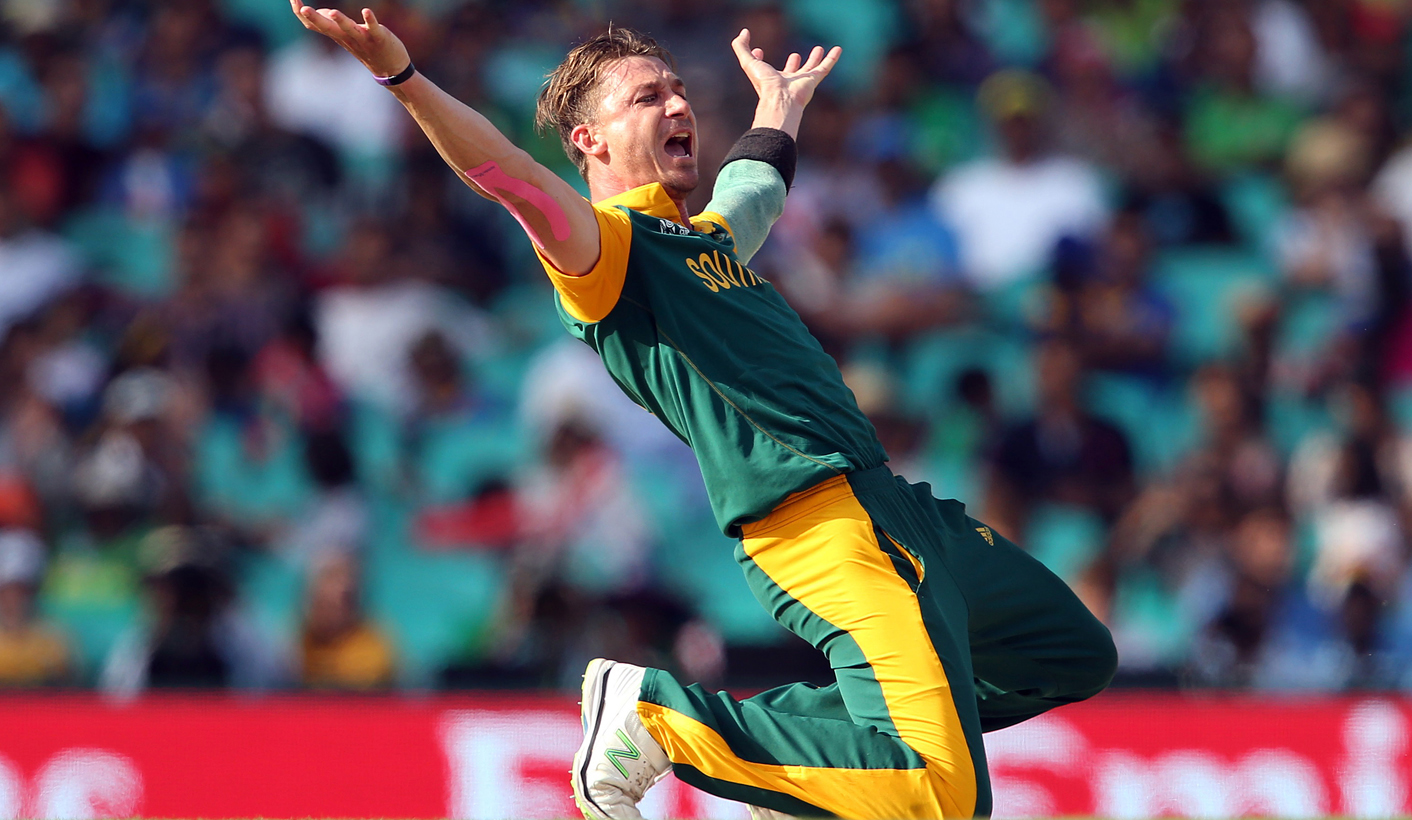 Dale Steyn recently upset quite a few people when he suggested that playing a one-day series in Bangladesh would be a waste of his time. On the surface it might sound arrogant, but it’s actually science and there’s no contest. By ANTOINETTE MULLER.

That look. The eye-bulging, vein-popping laced with a blood-curdling scream look of Dale Steyn when he is pumped up in a Test match having taken a wicket is one which delights many, even though it should scare the pants off you. Because when Steyn is that pumped up, he is a joy to watch.

But reality is dawning that it’s the look we might not get to see for much longer and the man himself admitted recently that he has to start thinking a bit more carefully about what he does and when he does it. In an interview with Wisden India, which upset the entire population of Bangladesh, Steyn said that he’d rather not play in a one-day series against Bangladesh because he feels he only has about “10,000 or 20,000 deliveries” left in the tank. His choice of words wasn’t quite so diplomatic and, in hindsight, saying “rather than wasting the few balls I have left in my career in a Bangladesh match” probably wasn’t the smartest thing to do, but that doesn’t make it any less true.

South Africa’s pace ace turns 32 next month and while that might be young for ordinary people, Steyn is anything but ordinary. Sportsmen, are not ordinary, and their reality is juxtaposed against us mere mortals who carry on working until we’re well into our middle age. For sports people, their careers rarely extend beyond their mid-30s. Superhuman as Steyn might be in terms of his numbers and ability, he is not immune to this reality. Up until around 2013, headlines such as ‘Injured Steyn to miss match X’ were unlikely to pop up and, if they did, it was usually because of something uncontrolled, like a broken finger. Hamstring niggles and random strains never really featured in his vocabulary, but the reality of a sportsman’s life is as they get older they have to accept their bodies just can’t do what they used to.

Fast bowling is, in part, a science and part of the theory goes that every bowler only has X number of overs in them before their bodies simply say ‘enough now’. Back in 2013, Tom Eaton theorised that Steyn probably only had 300 international overs left in him. And he had good reason to. Eaton compared the number of overs bowled in international cricket by the likes of Brett Lee, Michael Holding, Shoaib Akthar, Allan Donald, Dennis Lillee and Richard Hadlee and found that they were significantly less at retirement age compared to Steyn. He boldly predicted Steyn’s career could come to an end mid-2015 and ended off by saying, “Mr Steyn, prove me wrong. Please.”

Since then, Steyn has gone on to bowl a further 400 overs in international cricket and a whole bunch more in other formats of the game. Result. For now.

Although Steyn is blessed with a fairly natural action which has not been fiddled with too much, there is absolutely nothing natural about fast bowling, but because he has been allowed to do what ‘feels right’ for his body, Steyn has been able to get away with forcing it into something obscure for a little bit longer.

Take James Anderson. He is the poster boy for how tweaking an action can impact bowlers. When he started playing cricket, he had a spangly and weird action. Coaches intervened and tried to change it. He was injured all the time. Once he went back to what was natural for him, he remained largely injury free.

When forcing the body to do something which is not really natural, it should be done without interference. Even the most subtle change can make a significant impact on the body and this is where managing Steyn will become crucial and why his assertion that a one-day series in Bangladesh is, perhaps, a little bit beneath him, is quite fair.

For Steyn, Test cricket is and always has been the ultimate. With an away series against India and a home series against England to come this year, he has to keep one eye on that prize. He, and those who are in charge of his biometrics, know that he can only practice and play so much. Remember, bowling in a match isn’t just about those 10 overs in a match situation, there is also net practice.

Javelin throwing is perhaps the closest comparison to fast bowling, at least when it comes to the mechanism of using the body – channelling all your energy and using your entire body to release the energy through your arms and your fingers. Throwers generally don’t actually practice throwing unless they are in a competition phase. When they are doing training drills, it’s usually between 20 – 30 throws. That would equate to about five overs. Take five overs, or 30 deliveries, off every day of practice across a one-day tour and the dent in Steyn’s estimated remaining deliveries start to grow. Of course bowlers also practice things such as yorkers and ‘match-scenario’ bowling on the square, but that is once again an action-related; it’s technique.

Also keeping in mind that work load might increase if the team he is bowling to starts piling on the runs (especially on flat pitches) and more of those remaining deliveries are chewed away. To date Steyn has bowled just under 22,500 deliveries in international cricket, across a career spanning over a decade, so he might have even over-estimated what he has left in the tank, because another 20 thousand deliveries would mean close to another 10 years in Test cricket, even when taking into account full seasons in the IPL. But, that’s nit-picking, you get the point: by the sheer scientific nature of the bowling beast, Steyn’s bowling days are numbered and he, like all other fast bowlers, knows it.

For that reason, Steyn is quite right when he says that “wasting” deliveries he has left isn’t really on his priority list because, let’s face it, while Bangladesh might be trying very hard, when it comes to choosing between bowling to England on a New Year’s Day at Newlands in front of his home fans and trundling along against Bangladesh on a dust bowl in Dhaka, there really is no contest about where South Africa’s best ever bowler should rather spend his time. It’s nothing personal, it’s just science. DM