Op-Ed: ANC vs. the media, again 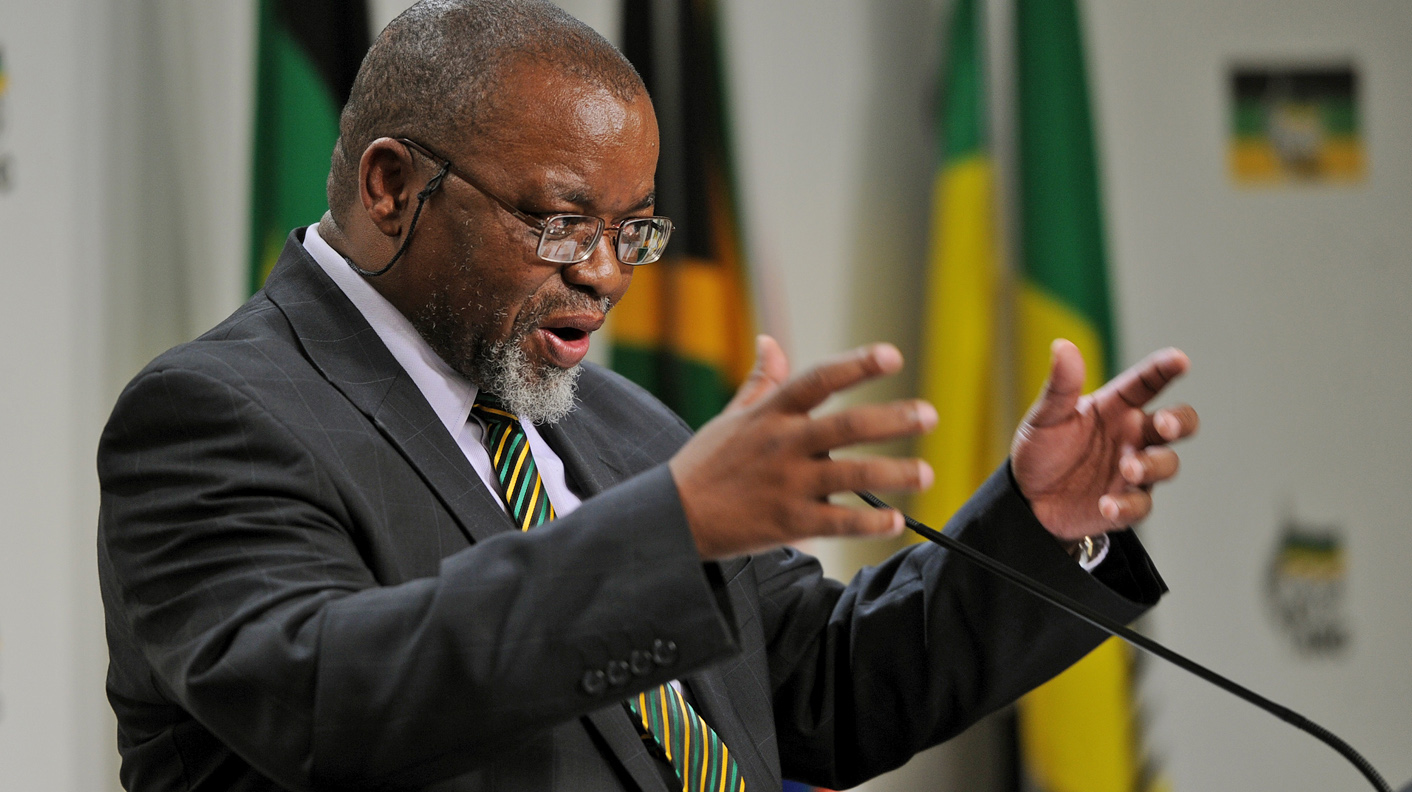 From time to time in South Africa, the ANC makes threatening noises about the media, and starts to lash out, to attack. We seem to be rushing headlong into another of those phases. They are always disturbing because they raise fears that at its heart, the ANC may not be as freedom-loving as it claims. But in the end, these episodes always tell us far more about the state of the ANC than they do about the media. By STEPHEN GROOTES.

On Sunday, ANC secretary general Gwede Mantashe hit out at Daily Maverick’s Ranjeni Munusamy, telling her, among other things, that she could not claim to be an insider of the ANC; that she could not be a “specialist” on the party. The outburst was provoked by her questions about Marikana, and the report of the Farlam Commission, on which President Jacob Zuma is sitting (but which will presumably be released at a time when it will cause the most damage to Cyril Ramaphosa, and promote his ex-wife, Nkosazana Dlamini-Zuma, securing her as Zuma’s successor).

Mantashe moved on to the Mail & Guardian’s Qaanitah Hunter, accusing her of being “hostile” and suggesting that the ANC would start to refuse interviews to those publications perceived as being “hostile”. Then he attacked The Star’s Lebogang Seale, claiming that Seale wrote only critical stories of the ANC.

This, of course, is simple bullying. Mantashe knows that as secretary general of the ANC, he holds a certain place in society, and he is using that position to bully people who he believes won’t be able to fight back. It is unsightly, wrong, and quite frankly, beneath a man of his immense political gifts. What would his response be if a journalist used the same tone towards him?

It cannot be morally justifiable to use that position to say that interviews, known to be drawcards for readers and viewers, will be withheld simply because of the editorial stance of an organisation. That doesn’t mean Mantashe necessarily has to undergo interviews with someone who is completely and unprofessionally biased (although history is replete with political leaders who have done that, and come out with their reputations enhanced, and those of their interviewers badly damaged). But surely he does have to understand the role that an interrogatory interview plays, in that it both allows a politician to give their view, and to answer questions about that view. Plus if you don’t give interviews, the coverage of that organisation will possibly be turned more against you, as it will be impossible for them to get your point of view.

At the same time, for someone like Mantashe to complain that the media is biased against him is a bit like a fish complaining that the sea in which it swims is too salty. All politicians everywhere complain about the media at some point or another. Unless they are Kim Jong-Un and have the offending journalist executed by ravenous hunting dog or anti-aircraft gun.

What makes Mantashe’s comments so interesting is the recent context. On Thursday, the ANC put out a statement claiming it was the victim of a “media plot” by the Daily Dispatch newspaper in East London. The party claimed that evidence of this was to be found in a document which had fallen into its possession, which suggested that there was a deliberate plan to undermine the ANC in the Eastern Cape.

The ANC has not given any more information about this document, and hasn’t revealed who leaked it to them. In other words, they are guilty of what they so often claim the media is guilty of: receiving a document from a source with an agenda. But the media usually interrogates sources. In other words, it’s not enough to just receive a document – one must first do some checking. And then, crucially, a media organisation must always give a right of reply before publishing. The ANC has behaved here in a way that a media organisation would not get away with. It would certainly complain if it were treated this way, so why does it now believe that two wrongs make a right?

It is also telling that in the very difficult history of newspapers in that province, no media editor has ever called on a group of people to “burn down Luthuli House”, while an Eastern Cape ANC leader, Nceba Faku, appeared to say “Burn Herald Burn”, in reference to the Eastern Province Herald.

To put these two recent incidents together would suggest that the ANC was planning on turning up the heat on the media. And don’t forget that the Protection of State Information Bill is still on President Jacob Zuma’s, desk awaiting his signature (and then no doubt a quick trip to the Constitutional Court, where it is unlikely to be ratified).

The reason for this, as it is so often, has probably got more to do with the ANC’s internal issues than its real relationship with the media. In East London it has had to contend with the fact the city’s mayor, Zukiswa Ncitha, and other senior city leaders, are fighting corruption charges linked to, of all things, Nelson Mandela’s funeral. The Daily Dispatch has managed to create national headlines with its somewhat flawed but still damaging exclusive about a toilet tender that enriched the politically connected.

At the same time, the party in the Nelson Mandela Bay Metro Municipality is now so desperate that it has finally fired its 83-year-old mayor Benson Fihla and appointed SAFA’s Danny Jordaan instead. Who may well find that the politics of the Eastern Cape ANC is worse than that of SAFA and FIFA combined.

Meanwhile, some of the very machinery of the ANC itself is under stress. It has been unable, despite four attempts, to hold a successful conference in eThekwini, the party’s biggest region. This suggests that the organisation is becoming, to use a phrase, ungovernable. It is this that is bound to be keeping Mantashe awake at night, and thus will be adding to the stress he must be feeling.

It must be a terrible thing to be secretary general of the ANC and realise that there are some problems within the organisation that are beyond your control. To kick the media a bit does two things: relieve your stress, and provide a common enemy for you and your once-allies to coalesce against.

It could be said that if Mantashe and the ANC do want a media that is not “critical”, it is only because they’ve been spending too much time with their local Stalinist. Would they prefer the kind of journalism that sees a newspaper openly supporting a particular political party?

There are already some media organisations (at least two we can think of) that appear to be changing their stance towards the ANC. They seem to be relatively friendly towards the organisation. But they have made a massive mistake. It’s relatively easy to support a party, should you wish to. But it’s much harder to know which faction within it to support. Imagine what could happen should the 2017 ANC Congress be contested? How would they know which candidate/slate/group to support? It would put them in a very difficult position indeed [but would be fun to watch for the rest of us – Ed].

In the final analysis, the ANC’s problem regarding media coverage is what it always is for a ruling party. It can actually do very little. The options are to either moan about it in public, which achieves virtually nothing, or to withhold interviews, which is counter-productive, or to try to close down the space in which the free media operates. Which is anti-constitutional and often creates a ferocious response, activating more sectors of society against it.

It is simply a symptom of the ANC’s own frustrations, nothing more, and nothing less. DM