Op-Ed: Curro School scandal – when Government does its job well 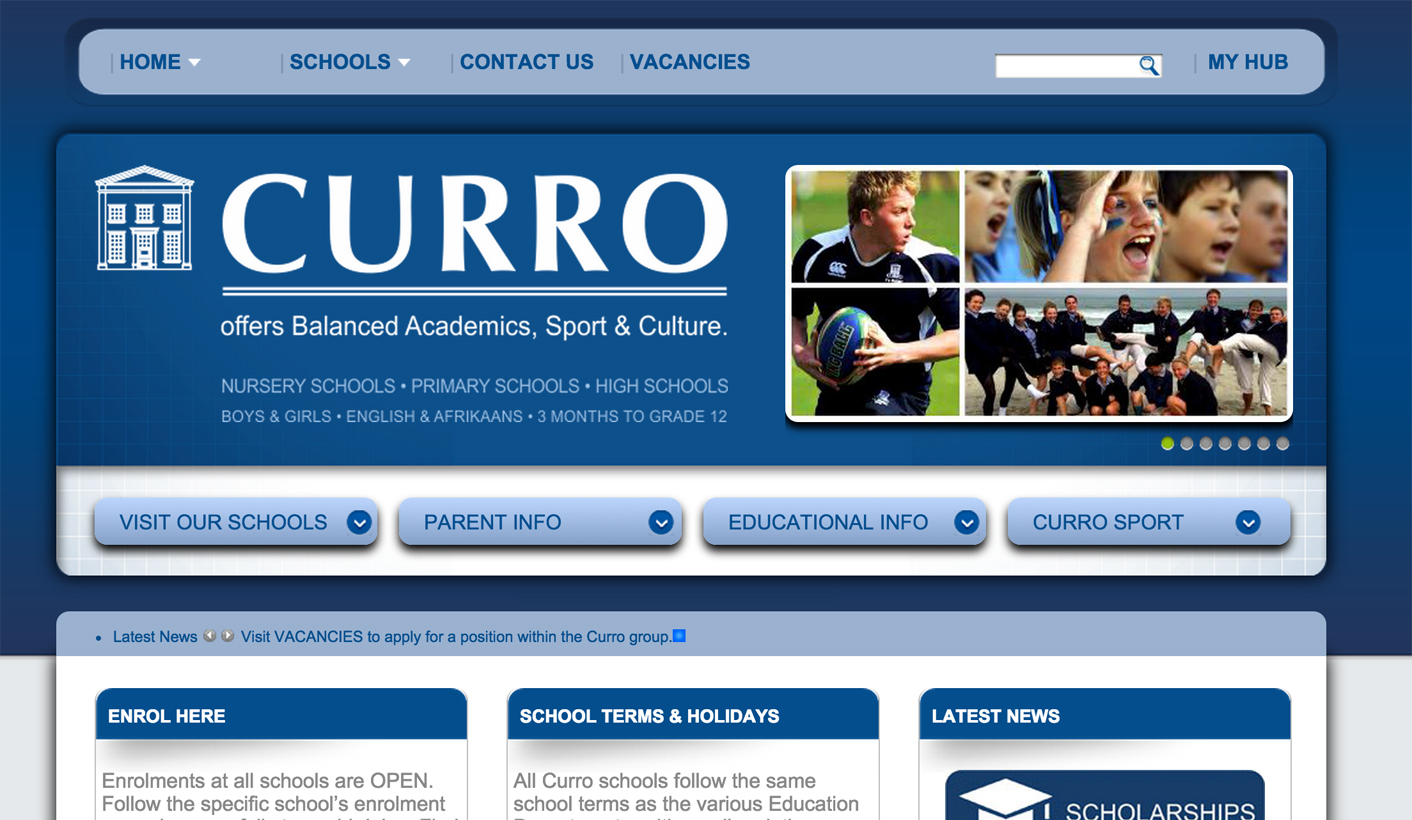 Like particles beaming through the Large Hadron Collider, scandals in South Africa spin around us, smashing into each other and exploding into new, unexpected controversies. Last week, scientists observed a most unusual collision: the outcome of a battle between a small group of parents and a school under the banner of a big, listed company. ALEX ELISEEV explores the impact this has had.

It began with around thirty parents who had grown convinced that the private school they had sent their children to was dividing pupils up into classes based on the colour of their skins.

They believed that white kids were being kept together while some classes were made up of entirely black children. To them, and to most people, this was an abomination in the year 2015, twenty years into democracy.

The group of parents, in turn, was accused of trying to “score political points” (whatever that means at a school) and came under fierce attack for signing petitions and turning to the media for help.

The school initially defended itself by arguing that it was protecting minority groups, by allowing young pupils to share language and culture, while avoiding “white flight” (that’s when all the white parents pull their children out of the school, which, management claimed, would be counter-productive).

Once the story hit the headlines, back in late January and early February, the Gauteng Education Department stepped in, crisis meetings were held, investigations launched and the school decided to apologise, while maintaining that its classrooms were, in fact, integrated.

Then, the scandal at the Roodeplaat Curro Foundation School went quiet. The Gauteng Education MEC, Panyaza Lesufi, had promised a summit to explore racism at private schools, but there was no clarity on when, or even if, this would happen.

Last week, Lesufi called a media briefing to report back. He had commissioned an independent investigation into the Curro case and was ready to make the findings public. Since Public Protector, Thuli Madonsela, is about the only person who makes reports public, the event was rather extraordinary.

Lesufi was in a privileged position. The findings he was revealing were not embarrassing or damaging to him and he was certainly on the right side of the scandal, which offered him a platform to deliver some potent, easy-to-digest sound bites. (At the same time, his department was under attack for sanitation at hundreds of schools across the province). But the fact that he stepped up and made the report’s outcome public is admirable. It’s how the system is supposed to work and is a far cry from what has transpired with: Nkandla, Marikana, the Hawks, the NPA, Sars, Eskom and pretty much everything else that’s of national importance.

At the briefing, Lesufi confirmed that the report found racial segregation was taking place at the Pretoria-based Curro School and that the school had admitted to giving in to pressure from white parents, who didn’t want their children to mix with black pupils. He said he was reviewing the school’s operating license and will be convening a public (in other words open) inquiry into racism at both private and public schools, widening his earlier commitment. It appears the investigation found that school management held closed meetings with non-black parents and, ultimately, had acted unconstitutionally.

Lesufi spoke about exposing racism no matter where it was hidden (“behind broomsticks”) and of imposing non-racialism onto those who refused to accept it.

Strong stuff from an experienced politician and the man in charge of education in Gauteng.

Curro Holdings issued a statement within hours, welcoming the findings and promising to work further with the department. It spoke about a colour-blind education system that offered equal quality and opportunity, and reminded the public that almost 70% of its pupils were black.

The school’s response was predictable and encouraging. What I didn’t expected was an email from one of the parents who had signed the petition and with whom I had worked on compiling the original reports. The woman had pulled her daughter out of the school, but wanted to share her delight at finally being vindicated. She said that for many black parents the episode was traumatic and they had been victimized for taking a stand. The outcome of the investigation, however, had restored her faith in the system. Her email ended with a single word: “Hoooraaay!!!!”

South Africa is a nation, Max du Preez recently wrote, where far too many people feel like victims all of the time. Where the scandals never seem to end, the lies are spun to last for years, court cases wreak havoc while draining taxpayer’s money and strong leaders are on the endangered species list. And yet, here is one case where everything worked exactly as it should have: the parents fought an injustice; the media reported it; politicians intervened; a transparent investigation took place; and the school accepted the outcome, making the necessary changes.

It may be an isolated case, and the problems that schools – both private and public – face are much deeper than this particular scandal, but it shows so vividly that just because the system doesn’t always (or even usually) work, complacency should never be allowed to fester. The actions of the parents who took up the cause have forced a much wider public to confront the issue of racial segregation at schools which are described as “laboratories of nation building”.

In the end, a few charged particles have led to a province-wide debate on racism that affects young minds. And, if Lesufi gets his way, the conversation may soon cause enough of a reaction to go national.

The Curro saga is a lesson to government on how to handle sensitive situations and build public trust. It is the polar opposite of the shady backroom deal and the golden handshake, the public inquiry that gets canned in the middle of the night or the crucial report that gathers dust on the president’s desk. And it is a lesson to civil society that taking a stand can pay off. Not always. But it can. And one small stand at a time is how a country transforms. DM