Analysis: Burundi’s crisis not over yet 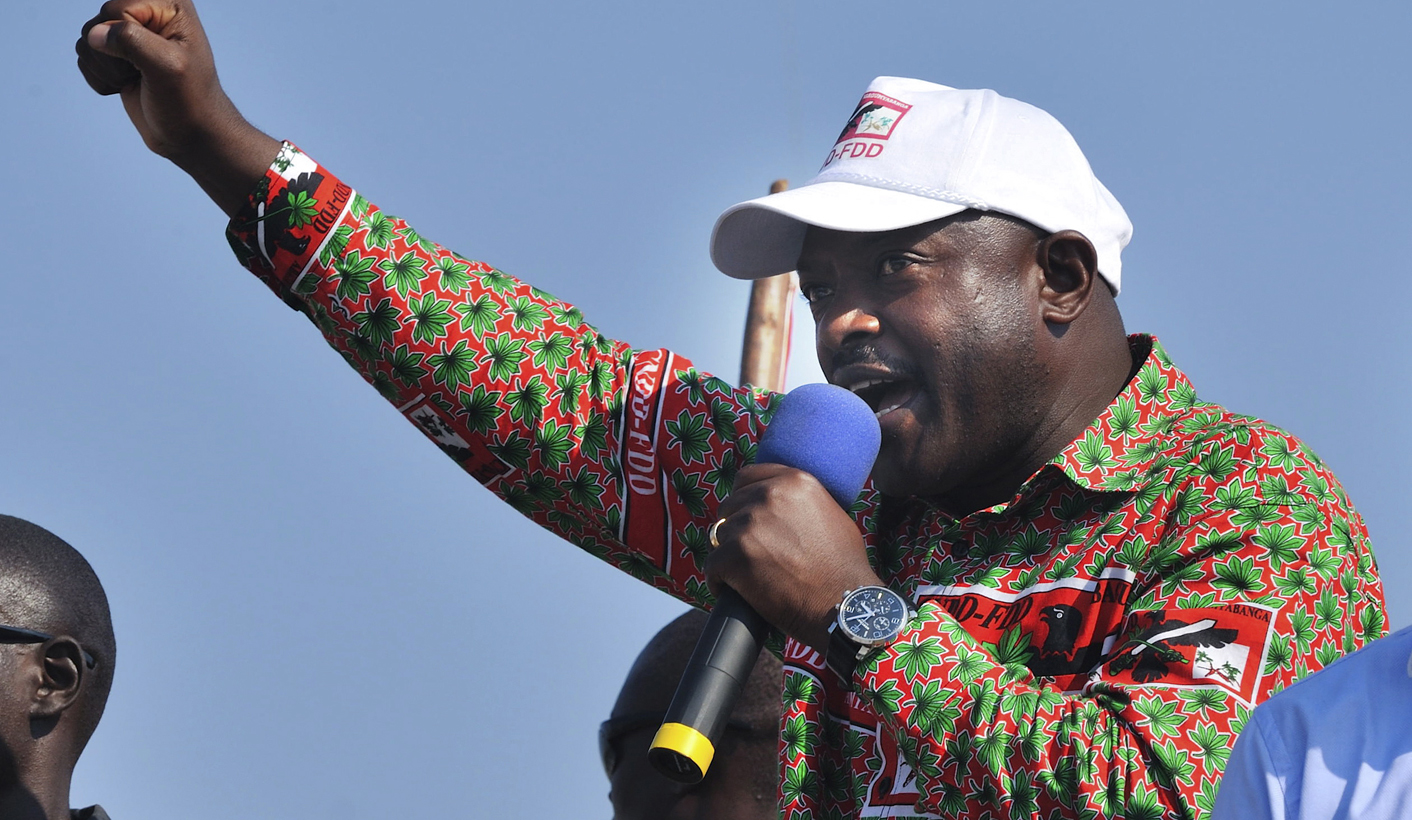 A 13 May coup attempt in Burundi led by Major-General Godefroid Niyombare collapsed after 48 hours. But the fact that key military units remained loyal to President Pierre Nkurunziza has not solved the crisis over his push to win a third five-year term in power. Here INTERNATIONAL CRISIS GROUP Central Africa Project Director Thierry Vircoulon updates the 13 May discussion about the unfolding developments.

What happened during the 13 May coup attempt? What do you understand about the situation on the ground?

Thierry Vircoulon: The coup leaders took advantage of the fact that President Nkurunziza had travelled on 13 May to Dar es Salaam, Tanzania, for a summit of the East African Community (EAC). Ironically, the special meeting had been convened by regional heads of state to discuss the crisis in Burundi after three weeks of street protests in the capital city against Nkurunziza’s candidacy for the next election.

During the coup, there were at first signs of joy in the centre of Bujumbura, with people dancing and fraternising with military forces on the street. But the demonstrators did not take over the city centre, and the coup plotters were unable to rally enough military units behind them. When clashes between army rebels and loyalists started – and the only fighting seems to have been between different parts of the army – people melted away back home. General Niyombare’s rebellion also failed to win over public support from Burundi’s political opposition, even though they share the aim to prevent an unconstitutional third term for President Nkurunziza.

President Nkurunziza was able to return to the country. The coup is over. The coup-makers lost, and some of them have surrendered.

Who was behind the Burundi coup?

The coup was staged by Major General Godefroid Niyombare, a former army chief of staff, a former ambassador to Kenya and a former intelligence service head. General Niyombare is from the ruling party’s security elite who has become dissatisfied with President Nkurunziza’s rule. He is not the only disgruntled general, but is the most visible of them. Niyombare was dismissed by the president in February 2015 after he sent a personal note advising him not to run for a third presidential term. The coup plotters were basically a faction in the security services, mostly very much from within the ruling party’s inner circle.

In his statement justifying the coup, General Godefroid Niyombare claimed to be acting to save the Arusha agreement. Had it really broken down? Why is it important to preserve?

The Arusha Peace and Reconciliation Agreement for Burundi, signed in 2000, eventually ended a long, ethnically charged civil war in 2005. Nkurunziza and the ruling elite have blocked the implementation of key provisions of the agreement – for instance, a transitional justice process – and have badly managed much needed land reform. They have also created a superficial opposition de façade in order to preserve the appearance of institutionalised power sharing. In fact, they have made no secret of their dislike for the Arusha peace agreement, nor of their intention to amend one of its principal achievements, the constitution. The constitution refers to the Arusha agreement, provides for a two-term limit for the president and makes a two-thirds parliamentary majority compulsory to pass a law. Nkurunziza’s attempt to change the constitution in 2014 failed by only one vote.

The Arusha agreement is widely considered to be the foundation for peace in Burundi. It created the present power-sharing system, which is seen by most Burundians as the best available, able to accommodate the country’s various political interests and making peaceful coexistence possible after a very long civil war that cost 300,000 lives.

What grievances motivate the protestors over the past month?

The demonstrators’ principal grievance – like that of the coup plotters – has been that President Nkurunziza was defying the constitution to run for a third term in the 26 June elections. On Wednesday morning, just before the attempted coup, even the Catholic Church had issued a statement appealing for him to drop this divisive ambition.

The problem is not just political. More than 100,000 Burundians have fled the country, fearing violence if Nkurunziza insists on this course of action. They are worried by increasing authoritarianism that marked the president’s second mandate, by the lack of social services and economic development, as well as by rising corruption.

How do the events of the week fit into the pattern of Burundi’s politics and civilian-military relations?

Burundi’s history has been marked by several bloodless military coups. In 1976, President Jean-Baptiste Bagaza took power in a bloodless coup but was himself the victim of another coup while he was in Canada in 1987. President Pierre Buyoya organised two coups, and after each stayed in power for several years (1987-1993 and 1996-2003).

How is Africa reacting?

Most African countries have waited to see how the situation plays out before offering a formal reaction. However, East African leaders condemned the coup after their 13 May summit. The attempted coup is principally an internal matter, the latest example on the continent of how any attempt by leaders to extend their mandates can trigger large and prolonged popular demonstrations and crises.

What is the danger now?

The Burundi crisis is not over with the failure of the coup. Many Burundians are scared and continue to leave the country as fast as they can.

As for those who supported the coup, the president has said that the soldiers who surrender will be forgiven and this should happen. However, past experience in Burundi raises serious concerns regarding an escalation of repression and the fate of those of who have surrendered.

Theoretically, legislative and municipal elections are scheduled for 26 May and the presidential election for 26 June. The president wishes to organise the elections as soon as possible but attempting to do so will only contribute to worsening the situation. The holding of acceptably free and fair elections is now impossible. The spokesperson of the opposition has called for the resumption of street protests this morning and street barricades have reappeared in the Musaga district of Bujumbura.

What should President Nkurunziza and the international community be saying and doing?

The first priority is to ensure that the aftermath of the coup attempt passes with as little new bloodshed as possible. If international mediators can do so, they should supervise the surrender of the coup-plotters and ensure that they are not executed.

President Nkurunziza should acknowledge that the country is in trouble and unity needs to be restored. He should not press for the elections to happen as long as political conditions for peaceful polls are not in place and the Burundian population does not feel safe. Burundi is not the success story it has been widely depicted as being, and must come to grips with its underlying problems. After this crisis and given the fast flow of refugees, this cannot be business as usual.

To put in place the right political conditions for peaceful elections, a roundtable of the Burundian political actors should be quickly convened. As soon as possible, the UN, the East African Community (EAC), the European Union and the African Union should send their representatives to facilitate the resumption of dialogue between the opposition and the government.

International actors should also demand the release of the many people arrested for taking part in the mounting demonstrations of the past weeks. DM

Photo: A file picture dated 24 June 2010 shows President of Burundi Pierre Nkurunziza raising his fist as he delivers a speech at a campaign for the presidential elections 2010 in Bujumbura, Burundi. (EPA)