South Sudan and the civil war with no end in sight 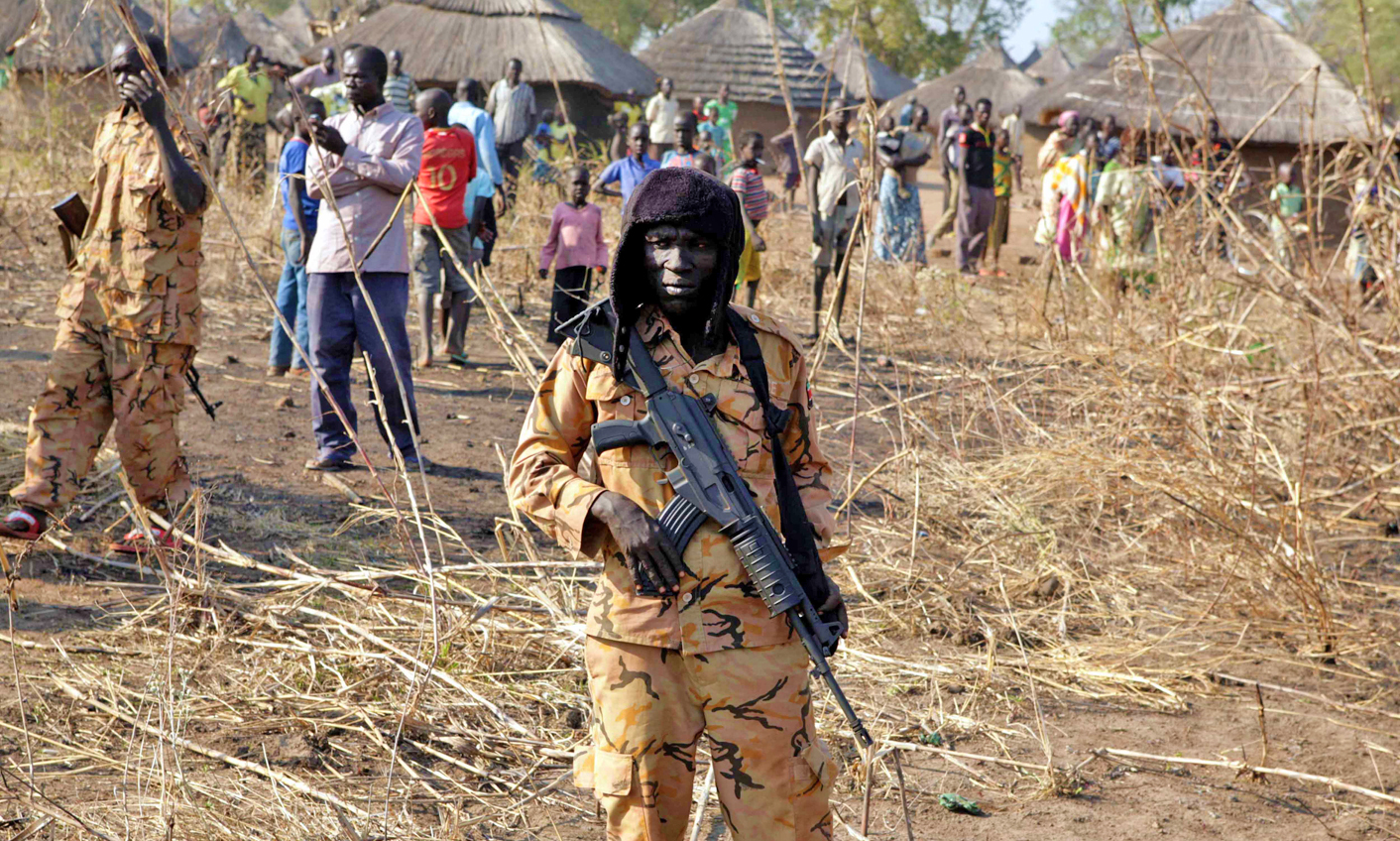 Independence was supposed to solve all South Sudan’s problems. It didn’t – not even close. Nearly four years later, the country is once again fighting a civil war – this time with itself – that has had a catastrophic impact on the both the population and the economy. The citizens of Africa’s newest country could be forgiven for asking themselves if it was all really worth it. By SIMON ALLISON.

In February, when the warring sides in South Sudan’s civil war signed what was meant to be an historic ceasefire agreement, there were few celebrations. For one thing, even if the peace deal held, it merely returned South Sudan to the status quo of 18 months ago, where President Salva Kiir shared power with his deputy Riek Machar in an uneasy alliance that turned out to be exactly as fragile as it looked.

For another, neither party to the subsequent civil war – not Kiir’s government nor Machar’s rebels – have a particularly good track record when it comes to honouring such deals. And even if Kiir and Machar were fully committed to peace, it’s unclear that either has the authority to control the various militia groups that are nominally under their command.

Since the beginning of this month, this pessimism has proven to be depressingly well-founded. In Unity State, home to much of South Sudan’s oil production and the site of some of the heaviest fighting so far, the ceasefire has effectively been abandoned as government troops embark on a major new offensive. “To the rebels, it seems there is no cease-fire, our response came after many provocations,” said Philip Aguer, South Sudan’s army spokesman, justifying the offensive.

In the absence of any independent information, Aguer’s statement shouldn’t be taken at face value, and it’s hard to know who fired the first shot. Nor is it particularly important. What is important is the consequences of yet another failure by South Sudan’s power brokers to put their people first. Another devastating chapter is being written in the short story of South Sudan’s independence.

“Since the beginning of May, military activities south of Bentiu in Unity State have forced up to 100,000 people from their homes. Civilians living in the areas of and around Guit, Ngop and Nhialdu have been particularly struck by violence and, in an attempt to avoid it, have fled. This comes at the peak of the traditional planting season, when people need to be able to move freely and safely to be able to tend to their crops,” said Toby Lanzer, the United Nations’ humanitarian coordinator for South Sudan.

The timing here is crucial: at around the same time last year, just ahead of South Sudan’s rainy season, the conflict forced hundreds of thousands of people to leave their homes. Unable to plant their crops, South Sudan’s subsistence economy collapsed and famine was only narrowly averted, in large part thanks to the intervention of international humanitarian organisations. Can famine be staved off again?

To compound problems, the fighting has become so bad that those same international organisations have begun to evacuate their personnel from Unity State. Doctors Without Borders has already pulled out, and on Monday the United Nations followed suit.

“We must sound the alarm on the grim situation in southern Unity state,” said Pete Buth, deputy operations director for MSF. “We cannot stand by and watch as civilians and medical facilities are attacked again. All warring parties must take immediate steps to ensure that civilians, as well as humanitarian staff and their facilities and vehicles, are not targeted in the fighting.”

Lanzer added: “Ongoing hostilities in Unity state have now obliged all non-governmental organisations and UN agencies to evacuate staff from Leer and other locations. As a consequence, over 300,000 civilians who are in need of emergency relief, including food aid and medical services, do not currently have access to such life-saving assistance.”

When it achieved independence in 2011, South Sudan was Africa’s newest country and also one of the continent’s brightest hopes. After decades of civil war, the region had achieved its independence and promised a democratic and inclusive future, bankrolled by its vast oil deposits. This future imploded in late 2013, when simmering tensions between Vice-President Machar and President Kiir turned into gun battles on the streets of Juba. The conflict soon took on dangerous ethnic dimensions, and shows no sign of slowing down any time soon – no matter how many ceasefires are signed in Addis Ababa.

Aside from the human cost – at least 50,000 dead and 1.5 million internally displaced people, and counting – the conflict has also destroyed South Sudan’s already tiny economy. In 2014, the fighting is estimated to have shaved off 15% of GDP, while the currency is in freefall. Those oil reserves, meanwhile, lie dormant as long as the fighting continues.

South Sudan’s long-suffering citizens might be forgiven for asking themselves if it was all worth it. Let’s not forget that John Garang, the country’s liberation hero and de facto founding father who died before independence was achieved, was never in favour of secession. He believed that the solution to South Sudan’s problems lay in the reform of Sudan as a whole. While we’ll never know if his solution would have worked, the longer this new civil war continues the clearer it becomes that secession hasn’t. DM