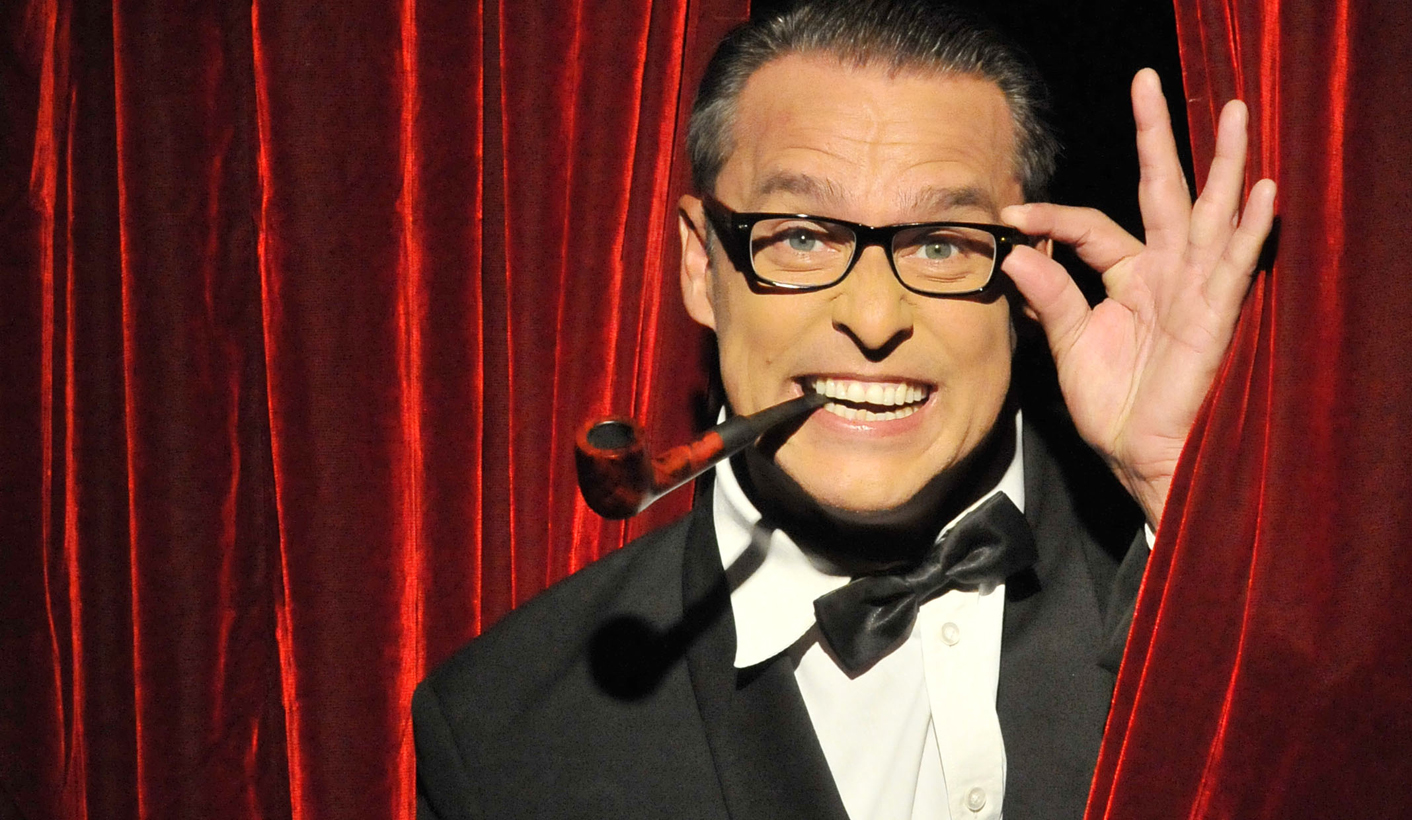 The Morecambe show at Montecasino is unlikely to draw a full house night after night, which is a real pity – as the star of this one-man show is utterly brilliant. By LESLEY STONES.

I vaguely remember watching The Morecambe and Wise Show decades ago with my parents when I was a nipper in England – which instantly places it a long time ago in a country far, far away. So I suspect that the Morecambe show now playing at Montecasino is going to draw audiences almost as small as the cast. And it’s a one-man show.

That would be a great pity, because actor Craig Urbani is so fabulous that everybody should be forced to go and admire him.

You have to wonder why a show that’s a decade too late and a hemisphere out of place has been brought to South Africa at all. But if you have any interest in old comedy, excellent acting or supporting the underdog, you’ll be well rewarded.

Eric Morecambe was the funnier half of a partnership with Ernie Wise, his straightman famous for his short, fat hairy legs and played here by a stout little puppet.

Urbani plays every other role – his mother, taciturn father, slick managers, tough audiences and an American taxi driver. They come and go with a change of accent and the flourish of a piece of costume or other prop that Urbani somehow secrets about his person and produces at the appropriate moment. It’s hilariously done, and adds to the visual humour of expressions and actions we’re already enjoying as he spins us through the late comedian’s life.

The show was written by English playwright Tim Whitnall and premiered at the Edinburgh Festival Fringe in 2009 before a short run on London’s West End. If Morecambe and Wise, or the UK for that matter, are unfamiliar territory, you may struggle with the accents and have no idea about the clubs and variety shows where the comics gained their grit. Urbani does a good job of capturing the scummy speak of the lower classes deliciously, but less than perfect acoustics in the theatre might make you miss some of his quick-fire wit.

He takes us through the days of presenting brief comic relief between naked ladies in the cabaret, the tough training grounds of Glasgow clubs, down the coal mines when conscription called, and into the newfangled world of TV, where the crime of an old joke meant instant condemnation by an outstretched finger and a black screen.

Morecambe is so well written and stylishly presented that you share the pain of rejection and failure, feel his doubts and frustrations and thrill at his triumphs. Urbani adds to the character’s loveability by laughing at himself if he slips and gets something wrong in this intense 90-minute feat. He has an impressive voice too, and although there’s not a lot of singing, it’s a pleasure when he does.

A backdrop of red velvet curtains, a theatrical arch, seats and a box of props supply all that’s needed to cover more than 50 years of action. It’s directed by Alan Swerdlow and the pace and movement ebb and flow continually as the story and the laughs unfold.

Comedy is ever-present, but like those theatrical masks where the happy face has its sad side, the story has sorrow and poignancy too.

Urbani is such an absolute delight that you’ll be thoroughly caught up even if you don’t have a clue about the long-dead man he’s playing. And it inspired me to spend a jolly hour chuckling over archives of the original on YouTube.

Morecambe runs at Montecasino Theatre until 7 June, then moves to Cape Town’s Theatre on the Bay from June 10-27. DM