Chaos, imposed: The consequences of disorder in the NPA 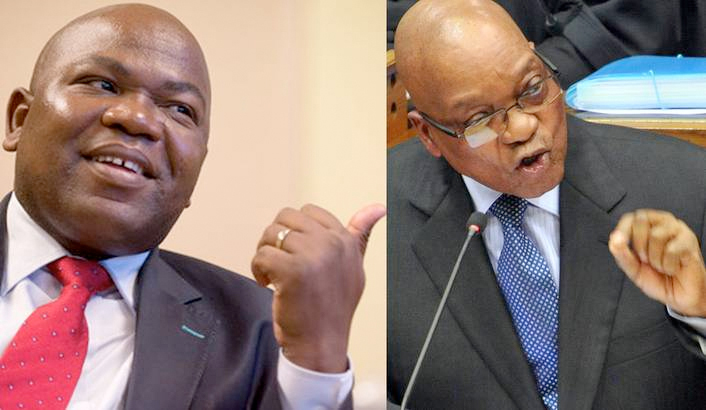 On Monday, senior advocate Nazeer Cassim opened the inquiry into the fitness for office of National Director of Public Prosecutions Mxolisi Nxasana. And then, before he finished speaking, he closed the inquiry. It lasted, perhaps thirty seconds. The reason, he says, is because the Presidency instructed him to close the inquiry, during what looked like a very early morning phone call. We don’t yet know why. What we do know is that Cassim himself seems very angry indeed. And who can blame him? Or, for that matter, any of us? By STEPHEN GROOTES.

What do you get when you impose further chaos upon existing disorder? The answer surely lies in the National Prosecuting Authority (NPA). We have become so used to factions, in-fighting and general nonsense, that it’s both strangely familiar and almost impossible to discern the truth.

But Zuma appointed Nxasana to head up the NPA after its long period without a head (following the Constitutional Court’s striking down of the appointment of Menzi Simelane because he was not a “fit and proper” person after he lied to the Ginwala Inquiry – which was itself into whether Vusi Pikoli was “fit and proper”). Then, several weeks later, it emerged Nxasana was being denied a security clearance, because he hadn’t disclosed a previous charge of murder (he was acquitted on the grounds of self-defence). After that, rumblings started against him. At the same time, one of his four deputies, Advocate Nomgcobo Jiba, started to find life a little tough. Nxasana instituted a qualifications audit, which appeared to be aimed at finding out whether she was actually an admitted advocate or not.

Jiba, and others, had been responsible for the decision to withdraw criminal charges against former Police Crime Intelligence Head, Richard Mdluli. Nxasana appeared to be aiming directly for this grouping.

Then, out of nowhere, one Saturday afternoon, Zuma announced he was going to hold an inquiry into Nxasana’s fitness for office. It took more than six months for that inquiry to actually be formally set up, and then it was due to start on Monday, before its abrupt cancellation.

Cassim himself, uncharacteristically, then gave a radio interview on the Midday Report, in which he appeared quite frustrated. Crucially, he pointed out that on Saturday afternoon he met with lawyers for all sides, and explained to them the three crisp issues that he believed needed resolution. In other words, on the basis of these issues, he would decide whether Nxasana would stay on in his job.

The first question was whether Nxasana exercised an independent mind. In this case, Cassim suggests that, prima facie, he has done this. He has followed what judges say in various cases against the NPA, and “appears to be a man that is independent”.

The second issue was whether Nxasana was the best possible person for the job. Cassim says he did spend some time examining the issue of transformation here, but he then came to the conclusion that “South Africa can produce better candidates”.

Thirdly, he says, the accusations that had once been levelled against him had to be seen in context: “I would have wanted his responses, or non-responses” to look at this. But, says Cassim, “[t]his also means the Presidency has to do its homework. It can’t be right that you appoint Nxasana, then if you don’t like him, you start doing research on his background. That can’t be right, you first do your homework, and then you appoint him.”

It must be stressed that Cassim didn’t hear evidence from all the parties on these issues; he’s speaking prima facie (or ‘on the face of it’). But surely it would seem that he was going to find in favour of Nxasana. Or that at the very least, he was favourably disposed to his side of the story at this stage in the process.

Certainly, if it is possible to be objective here, on the three tests that Cassim had proposed, Zuma would be in serious trouble. It’s very strong criticism indeed for Cassim to say at this point that it appears Zuma only started to investigate Nxasana’s background because he suddenly didn’t like him. For someone who holds such a senior position in our legal fraternity, who has himself appeared to work for Zuma from time to time, it’s clear that he must be very angry indeed to make this public criticism.

Perhaps the reason also has something to do with a decision by Cassim to simply never work for Zuma again. One could hardly blame him, if this is how he is going to be treated.

It’s time at this point to ask the usual question: who benefits? This takes us to what was at stake, and who would stand to lose should the inquiry have continued in public. Certainly, all sorts of testimony could have emerged that could have been damaging to all sorts of people.

But that probably is not the reason. Imagine what Zuma’s worst nightmare must be. It must surely be having a National Director of Public Prosecutions in office who is now untouchable, and who is angry with him. Surely. Because that person has the power to bring back those corruption charges very quickly indeed, to put his best people on that investigation, to give them almost endless resources, to resurrect Billy Downer’s team that won the conviction of Schabir Shaik, to give them their marching orders.

If Nxasana had won this inquiry, had been able to stay on, and Zuma had lost, Zuma surely would have had plenty to fear. Not just losing power, or face, but his actual liberty.

The flipside, Zuma’s dream finish, would be to appoint a new NPA head just before he leaves office. That might guarantee him a trouble-free retirement.

So then, what is going to happen next? Nxasana may, or probably will, receive a handsome payout, and wander off happily into the KZN sunset. Zuma will stay in office, satisfied, for the moment, that the main threat against him has been safely secured. And, once again, we will start to wonder who will be the new person that Zuma will appoint to the NPA. What kind of person will he find this time – someone known to us who has lied, as he did with Simelane, another unknown who turns out to have a skeleton in a closet somewhere, as happened with Nxasana? It seems incredibly unlikely that the best possible person who will be properly neutral and independent will be chosen. Despite two chances to do so, Zuma hasn’t done that yet.

But in the meantime, the NPA is going to suffer. Which means we all suffer. It is hard for anyone to ask people to trust the justice system when no one can trust those in charge, when the fighting between Nxasana and Jiba is still going. And if people don’t trust the legal system, there is the danger that they will take the law into their own hands.

This decision by Zuma to cancel this inquiry is going to have long-lasting ramifications for all of us. None of them are good.

The consequences are there for us all to see, every day, in almost every way. Chaos. Constant and unending. And imposed. DM