Budget votes, Day Three: The bits you need to know 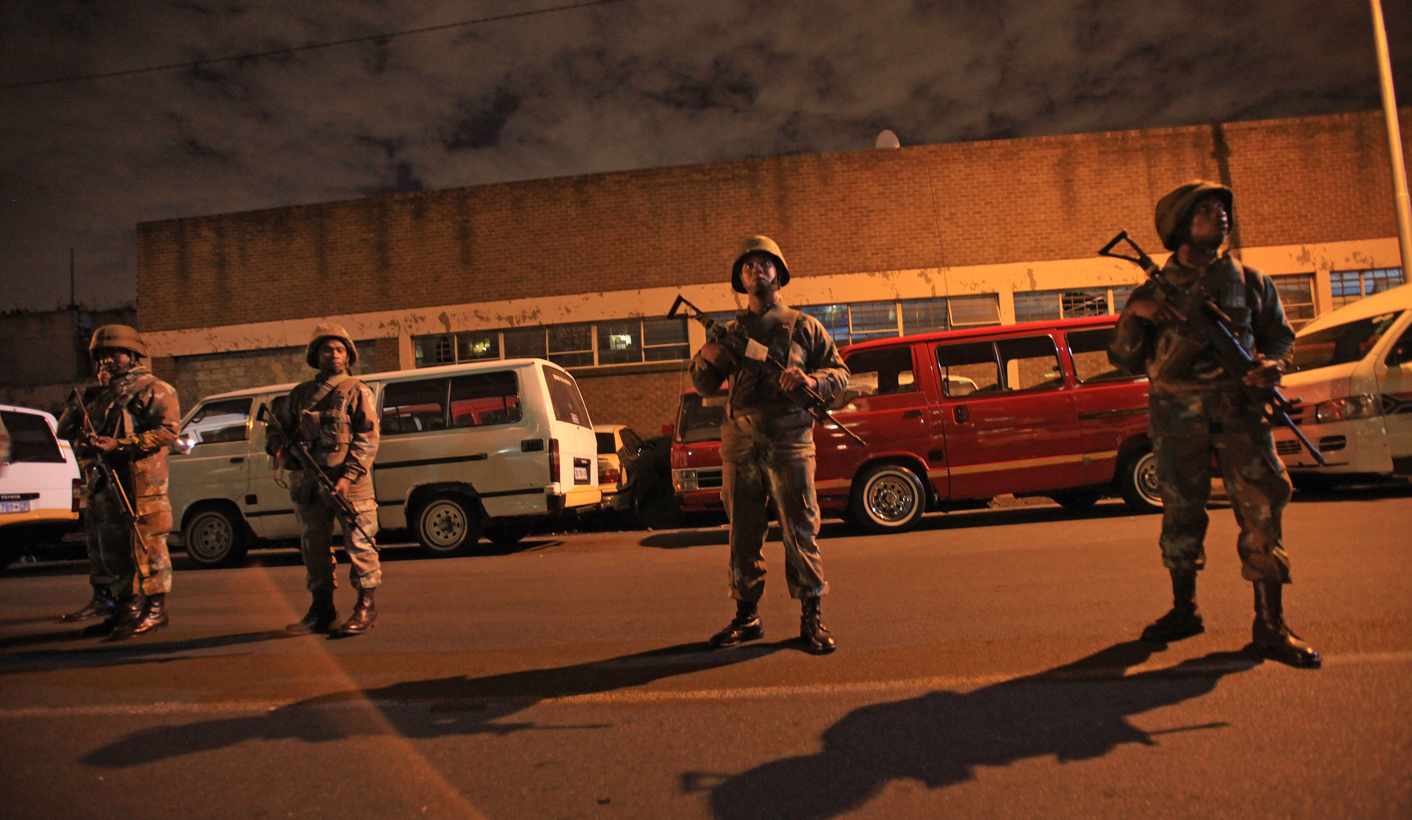 On the third day of Parliament’s budget vote season, the ministers of mineral resources, labour and human settlements were among those on hand to explain their departments’ plans for the money they’ll be receiving this year. REBECCA DAVIS summarises some of the interesting bits.

The government wants to abolish hostels. The days of hostels – set up historically to house usually male migrant workers – are numbered. Human settlements minister Lindiwe Sisulu says they are part of Apartheid’s odious legacy. “We have come to the determination that they are a very painful relic of the past,” she told journalists. Sisulu wants to see the people currently housed in the hostels “liv[ing] with society in decent housing”, for which they will receive some subsidising from government. Hostels have been in the news recently after police carried out raids on hostels in Jeppestown and Alexandra in the wake of xenophobic violence. Asked if government saw the hostels as hotbeds of criminality, however, Sisulu demurred. “Do we see these as dens of evil? No,” she said.

Sisulu wants old people to get houses ahead of youth. The minister described it as problematic that there are thousands of people aged between 60 and 100 who are still waiting for houses. Sisulu reiterated views she expressed last year, that there should not be a culture of automatic entitlement to a house among young South Africans.

Some government-built houses exchange hands for as little as R10,000. Sisulu said that people are often driven to sell their houses in emergency situations, such as to finance funerals. When this happens, the houses sometimes go for a fraction of their R160,573 build price. Sisulu suggested that the buyers are often foreigners, and that this might be one of the drivers of xenophobic tensions.

Human settlements has friends in high places. Sisulu said that the government’s housing policy was drawn up with the support of, among others, American academic Jeffrey Sachs – who famously was appointed as a Harvard economics professor at just 28 – and Peruvian economist Hernando de Soto, who a critic once described as “the global guru of neo-liberal populism”. “We owe a great deal of gratitude to these individuals,” Sisulu said.

Lindiwe Sisulu knows her Kipling. “You will be a man, my son, when you have built your own house,” Sisulu said – adapting Rudyard Kipling’s famous poem ‘If’.

Vacant land in inner cities is to be used for housing. This is part of a drive to revitalise the urban centres of South African cities, which Sisulu said had become “derelict and susceptible to criminal elements”. Unused buildings in these areas are to be expropriated and used for social housing, with the additional benefit that they will enable people to live much closer to their places of work.

Mining companies and unions must learn to play nicely. Minister of mineral resources Abel Ramatlhodi says that if the mining industry sees another drawn-out strike, the inevitable effect will be job losses in an already ailing sector: both revenues and employment have dropped year on year. Ramatlhodi asked mining houses and unions to start co-operating as partners rather than enemies during wage negotiations.

Dead miners are getting monuments. Ramatlhodi said that the National Union of Mineworkers had drawn the attention of the department to a gravesite in Mpumalanga where around 1,000 unknown miners were buried during the Apartheid years. “The department will collaborate with other stakeholders to ensure that decent monuments are erected for them,” Ramatlhodi said. These days, mercifully fewer miners are dying on the job: 2014 was the safest year on record, with 84 fatalities.

Female miners have it bad. The department is “greatly concerned about the health and safety of women workers including the inhumane treatment by fellow workers in some of the mines”, the minister said. “Awareness materials” are to be developed for the industry to ensure that women are granted a “dignified” working environment.

A drop in petrol industry prices could mean fracking ain’t the cash cow it was once painted as. Ramatlhodi said that the government was “optimistic”, although maybe what he really meant was “hopeful”, that the drop in prices in the petroleum industry will “not necessarily impact negatively on South Africa’s exploration prospects”. Nonetheless, Ramathlodi said they intended to “proceed swiftly”.

If estimates are correct, government is spending more on state security than labour. Earlier in the week, state security minister David Mahlobo said he couldn’t divulge his department’s budget for security reasons, but journalists pointed out that treasury documents specified an amount of R4.1 billion being transferred to state security. Mahlobo wouldn’t comment on whether that figure was accurate, but if it’s in the right ballpark, it means government is spending almost twice as much on state security as on labour. The department of labour’s budget is just under R2.79 billion. Labour minister Mildred Oliphant described her budget as “inadequate, relative to what needs to be done”. In the budget debate later, Democratic Alliance MP Ian Ollis pointed out that the amount the government has budgeted to investigate the introduction of the national minimum wage is, at R2.3 billion, only marginally less than the entire department’s budget.

The labour minister doesn’t buy the idea that the time for affirmative action has passed. Oliphant was forceful on the matter. “It is ludicrous that some voices are already calling for sunset clauses on Employment Equity when in actual fact there is no sign that the sun has even risen in some sectors,” she said. DM