Op-Ed: Renewable energy – can we continue to REIPPPP what we sow? 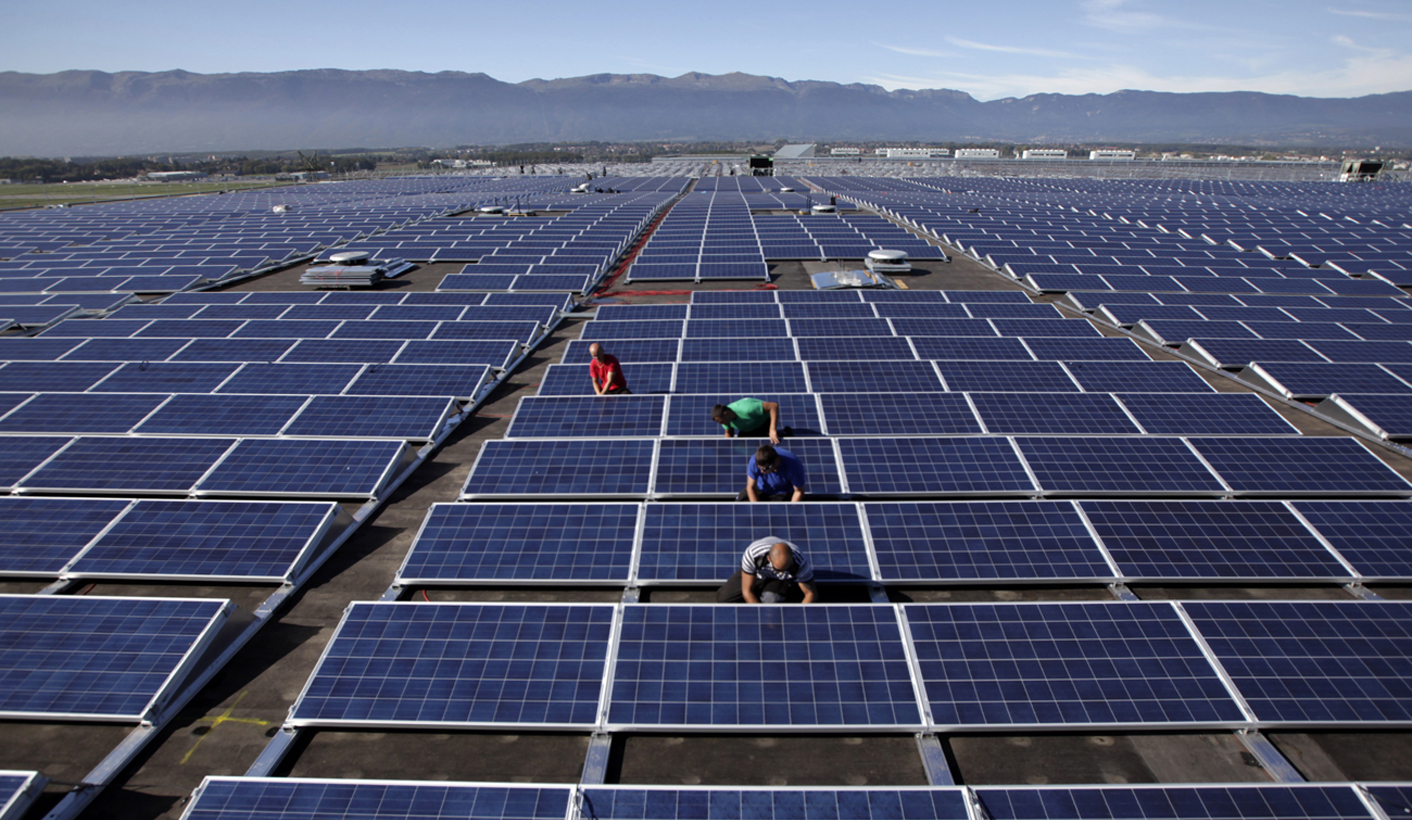 Last month saw the long-awaited announcement of the fourth bidding round in South Africa’s Renewable Energy Independent Power Producers Procurement Programme (REIPPPP) and the results surprised most observers again – prices dropped significantly from the already competitive prices achieved in the third round. By DIRK DE VOS.

Solar PV capacity of around 415MW achieved tariffs of 78,6c/kWh, 29% less than Round 3 projects and onshore wind capacity of 676MW will be priced at 61.9c/kWh, a drop of about 25% from the earlier third window bidding round. Keen competition between bidders is said to be the main driver of the fall in tariffs, but this is only part of the story. The dramatic fall in the international prices of capital equipment, particularly solar PV, has driven the price of renewable energy everywhere.

Many of the achievements in bringing down the price of renewables can be ascribed to the way in which the REIPPP programme was designed and run. An excellent overview of REIPPPP, published by a World Bank agency and co-authored by Professor Anton Eberhard, explains the programme, its strengths and some of its weaknesses very well. Many now ask whether REIPPPP’s successes could be replicated in other areas, such as conventional energy projects. The answer is that REIPPPP has very limited lessons to offer other sectors and, increasingly, may even not be the right model for the future of renewable energy sector either.

It is worth describing, in the broadest terms, from a project point of view, how REIPPPP works.

The location (which determines the quality of the resource, the wind or sun), the EPC/O&M terms and the funding terms determine the tariff that can be bid in. Bids are assessed on the basis of 70% being allocated to price and 30% Economic Development including local procurement, black economic empowerment, skills development, job creation, enterprise development, socio-economic development and the like.

A key feature of REIPPPP is that projects bid have had to be fully funded to prevent gaming the system with impossibly low tariff offers (known as low-balling) which can’t be built. The problem with this is the very high costs of getting the project ready to bid. To be funded, projects have to submit to a technical due diligence prior to bidding because the commitment of a funder, if the project is to make financial close, is made at that point. These can add as much as R3 million to the costs of a bid and push the all-in costs of getting a project to bid to over R15 million. This is pure risk capital. If you don’t get to preferred bidder status, this “investment” is lost.

Although the costs of bidding are trivial when compared to the capital cost of a large solar PV or wind project being as high as R2 billion per project, consider this: REIPPPP’s Round 2 saw 79 compliant bids, from which 19 projects were selected; Round 3 saw 93 compliant bids, from which 17 projects were selected, and Round 4 saw 77 compliant bids from, which just 13 projects were selected. Now, while many projects that failed in earlier rounds were re-bid in later rounds and were cheaper, a substantial amount of risk capital (the best type of capital if one wants to grow an economy) has been blown or lost to banks, advisory firms, lawyers and a plethora of other consultants who have become part and parcel of the REIPPPP. This is not an optimum outcome. Many of the losing bids would have also been very competitive, just marginally less so. Perhaps half of the projects bid in would have had tariffs just a few percentage points of the winners and all of them would, by definition, have been shovel-ready.

The REIPPPP rules shape the outcome in ways that are not immediately obvious: By Round 3, large international utilities moved in and funded selected projects themselves at better rates than local project finance-funded projects. Large utilities and developers can also take a longer view and because they can avoid, due diligence costs, several projects with different bidding strategies could be submitted. Given that the tariff bid in is a function of the cost of funding, this approach worked, which squeezed smaller local developers out. The result is that one developer, a utility, won over 50% of the capacity allocated.

Round 4 bidding rules changed, possibly to correct the balanced in favour of smaller projects, by relaxing the need for completed EPC and O&M contracts and making funding contingent on verification of the financial model if selected. The guarantee requirement on bid amounting to R200,000/MW bid was seen to be sufficient to prevent low-balling. These rule changes produced other unexpected and, frankly, undesirable results. Once again, bidding strategies became important. All of the winning solar PV projects are in the Northern Cape (benefiting from the best solar conditions) but most can only be connected when this part of the grid is strengthened possibly by 2018, three years hence. This depends on Eskom sticking to its transmission development plan. Only real optimists believe that Eskom will do so. The REIPPPP’s rules do not distinguish between where in the country one connects so the transmission losses incurred on getting electricity to the main centres where it is mostly used is for the account of the grid (and therefore the customers connected to the grid).

Given the relatively modest guarantee requirement (payable if the project does not proceed), these projects can be classed as options to build capacity at a future date. What has happened is that winners have locked in their 2015 tariff and can now sit back and wait as global equipment prices continue to fall. What we have is an arbitrage between the cost of capital equipment now and whatever the price will be for delivery when building finally commences. We have to ask ourselves what the tariff is likely to be three years later. The big falls in prices will flatten out (solar panels are now less than half the cost of the balance of plant) but the price trend is still in a firmly downward direction. Is this a better result than a less competitive tariff in a project sited close to a main metropolitan centre that can be built today? A recent CSIR report which calculated that existing renewable power plants generated R800 million in financial benefits to the South African economy in 2014 alone, strongly suggest that the answer is no.

Other problems that are now emerging include a reduction in the diversity of market participants. This, it appears, is a consequence of competitive bidding worldwide. Once the smaller developers leave the field (as they will have to), large foreign developers is all that we will have left over. Possibly that is a price worth paying, but if the benign low interest rate environment changes or South Africa’s risk rating increases, then when these large developers up and leave, we will have no local industry to speak of. If we want to create local capacity in the independent power producer sector, then simply being specialised real estate brokers for foreign developers will not cut it.

Perhaps REIPPPP in its current format can continue for a while longer, but its shortcomings need to get straightened out to align outcomes with what South Africa needs right now. Reverse Auctions like REIPPPP remain an accepted way of discovering the lowest price. A vibrant renewables sector is in everyone’s interest, but it must be more than just a creature of a government sponsored programme if it is to win more support from the general public struggling with ever-increasing electricity prices. With the falling prices of capital equipment in renewable energy, there are opportunities outside the confines of REIPPPP, such as embedded generation, and they should be aggressively pursued.

We should also understand that procuring renewable energy is a relatively easy task. Renewable projects are stand-alone engineering structures, and the tariff offered is almost entirely made up of what those facilities cost to build and the way in which they are financed.

Baseload power is completely different. New baseload, using gas, has multiple variables, each of which has its own procurement requirements. Importantly, at least in respect of gas-fired electricity, well over half the final tariff is made up of the costs of the resource itself. If we make the mistake of insisting that REIPPPP-like processes are applied unthinkingly to baseload power with its complex and long supply chains, we might find that this critical component of securing South Africa’s energy future struggling to get off the ground. DM